Variations on the peak lapel, by Paul Grassart 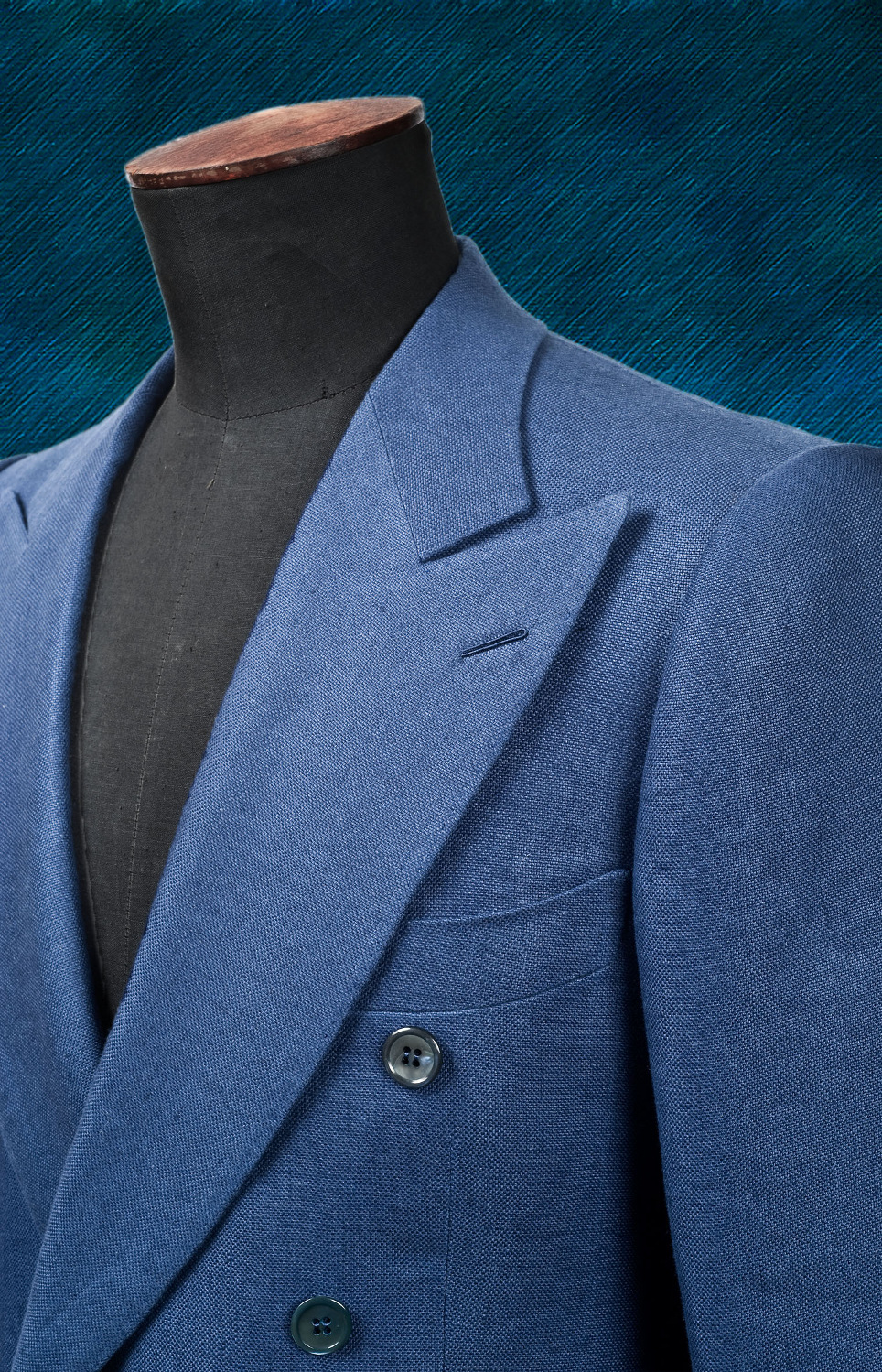 Here is the second part of Paul Grassart’s contribution (http://www.paulgrassart.com/) on the peak lapel:

Variations on the peak lapel

Following my last article on the variations of the peak lapel, I found, on French forum De Pied en Cap a short discussion on the subject, in which I identified over ten parameters to modulate (without necessarily hinging on one another).

I attempted a systematic exploration of all, always starting from the same base: the left front panel of a single-breasted jacket with peak lapel and piped pockets. It is trendy yet conservative: the lapel is positioned relatively high, of average width and has a basic shape and slightly curves without any excess.

Starting from the base, I created variations by modulating one parameter at a time. You will see that some changes give visually similar results, but that a closer look reveals a slight difference.

To put up the sails on our exploration of the peak lapel, let us start with the first two parameters to come to mind, often debated in forums by sartorial aficionados: lapel width and notch height.

As you can see, even with no other modification, a narrow lapel lengthens vertical lines and streamlines the silhouette. Oppositely, a wide lapel highlights horizontal lines and shoulder breadth.

While a higher notch lengthens lines, a lower notch appears to draw the eye to the tie knot area; and instead of outlining a horizontal line widening the bust, it seems to fill the chest and increase its volume.

It is worth noting that all three lapels have the exact same width, even if notch height has a significant impact on the shape of the lapel.

3. As we are about to see, the shape of the notch itself is of the utmost importance for the character of a jacket. On all three images below, the notch is at the very same height, and the lapel has the very same width.

Third is the length of the gorge, which marks the depth of the notch (on equal lapels).

The longer gorge, Smalto-style, makes the lapel appear more "energetic", by directing the lines towards the shoulder. A shorter gorge creates a rounder impression by bringing the lapel closer to a shawl lapel.

4. A fourth way of drawing a lapel to modulate the notch is to modify the gorge angle.

A more horizontal gorge has a 50s charm and highlights the shoulder, while a slanted gorge, currently favored by some Italian tailors, stretches the lines up to the shoulder.

5. So far, we have focused on the lapel. Yet the lapel is only one half of the notch, the other half being the gorge seam, which takes its shape from the collar.

The fifth parameter is the length of the gorge seam, which can be, within measure, modified regardless of the gorge.

Within measure, because on a peak lapel, the length of the gorge seam should not reach beyond the lapel (which could occur on other notch styles), and unless one is seeking a more exotic style, its length should not be negative.

To shorten the gorge seam is to cut a narrower collar. This opens up the lapel tip and makes the lines of the upper chest more vertical, bringing lightness to the top while broadening the shoulder. A longer gorge seam provides a similar curve to that of the shorter gorge (as the edge of the collar is closer to that of the lapel and the result is more consistent) with a more dynamic and refined silhouette. Somehow, the blend swawl-lapel curve with the lengthening effect of the peak lapel.

6. The collar can also modulate the notch with a different angle on the gorge seam. So far, we have only seen acute angles with a collar reaching almost up to the lapel. Yet, tailors often turn to a classic variation that is particularly becoming on the peak lapels of single button jackets, opening the angle by moving the gorge seam away from the lapel.

The last parameter modulating the notch is the curve of the angles. According to sartorial tradition, sharp angles are to be avoided, in favor of rounder ones, as they require some skill and, most importantly, add a few steps to lapel assembly. Often, making a garment is simplified by sharp angles, easier to define with a cut or a fold in the fabric. I must admit that some tailors have made the sharp angle a staple of their style and employ great efforts to make it as sharp as possible.

7. So far, our exploration of the peak lapel has identified 7 parameters with similar or opposite effects that can be associated to reinforce or complement one another.

Yet two fundamental lines remain that define the lapel, namely the outer edge of the lapel, and its break line (the inner edge, where it forms the pleat with the front panel).

The lapel’s edge can have very tensed lines or an ample curve with the “belly” being positioned higher or lower.

8. While the outer edge’s impact on the style and the era (curved lapels were a staple of 70s style while the extremely fine lapels remind of the 2000) of a jacket makes it a frequent subject of discussion by amateurs, we rarely hear about the break line. While it is true that shaping this pleat requires the mastery of rather fine sartorial skills to support the cut with a specific method of assembly. It remains a thoroughly traditional sartorial element that was already closely monitored by the dapper men of the 19th Century when ordering their riding coats.

The shape of the break line is partly determined by the figure of the client: a very straight stance with a tall military chest posture naturally needs some convexity to avoid the garment accidentally revealing the chest.

Yet it is also an element of style that brings a very specific allure to the overall silhouette. Napoleonic dress often has a very convex break line and a very particular “pigeon’s chest”. Oppositely, a concave break line reveals the shirt, which can be a desirable effect, especially on evening shirts (reinforced with a lower button stance to expose the chestpiece).

Our inventory comprises no less than nine variables to trace the perfect peak lapel. These nine variables will be precisely considered by the cutter to give the garment its “house style” as well as a slight sartorial touch that will make the lapel, not only a (yet very important) sartorial element, but also a tool to reach a balance between the client’s body shape. Stance, shoulder breadth, neck measurement, shape of the face, among others, will be complemented in harmony by a lapel traced to enhance one’s features. The right balance between all nine parameters will bring maintain a certain style which, as we have seen, often hinges on a mere optical illusion. 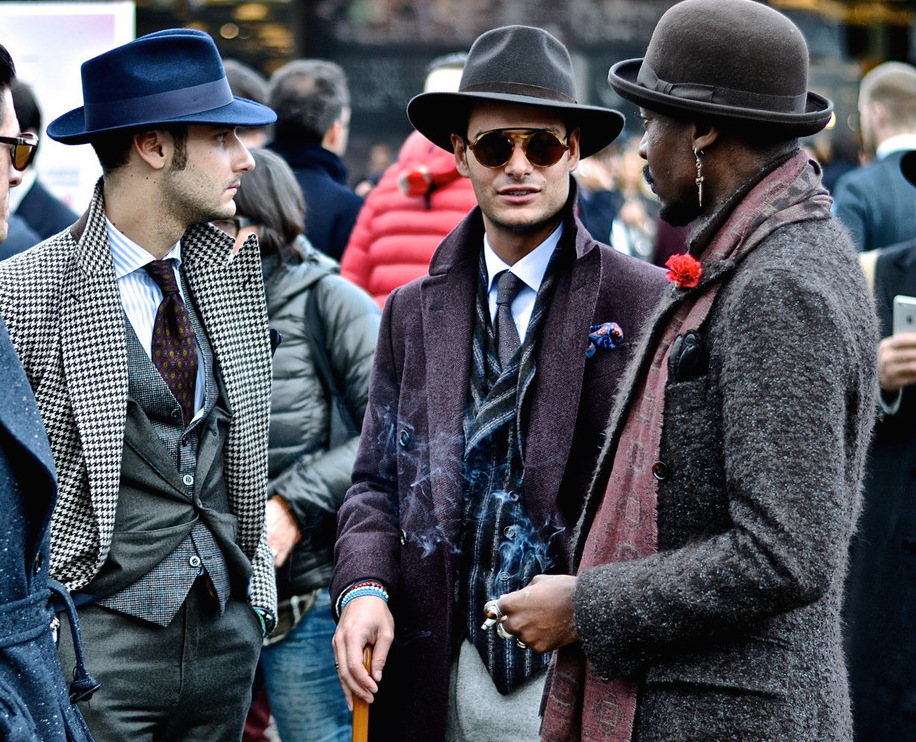 Well Dressed Rebel : Seven Things to Look for in a Suit 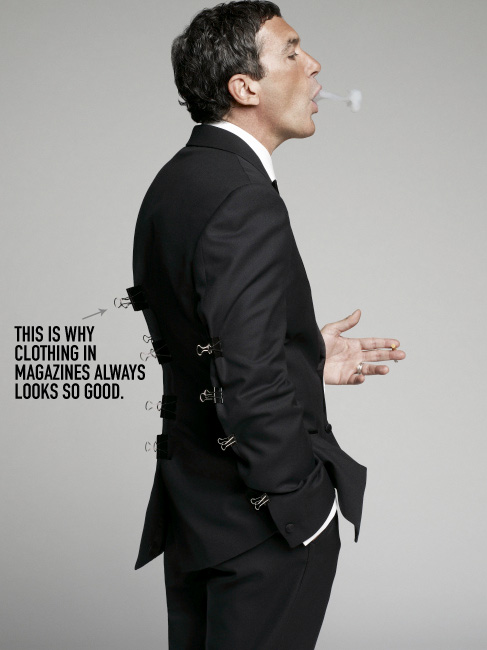 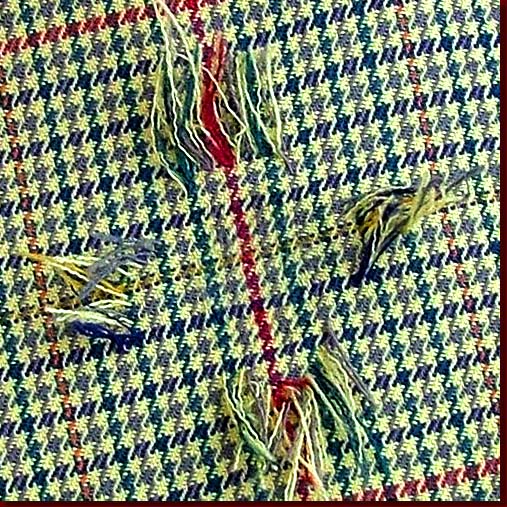