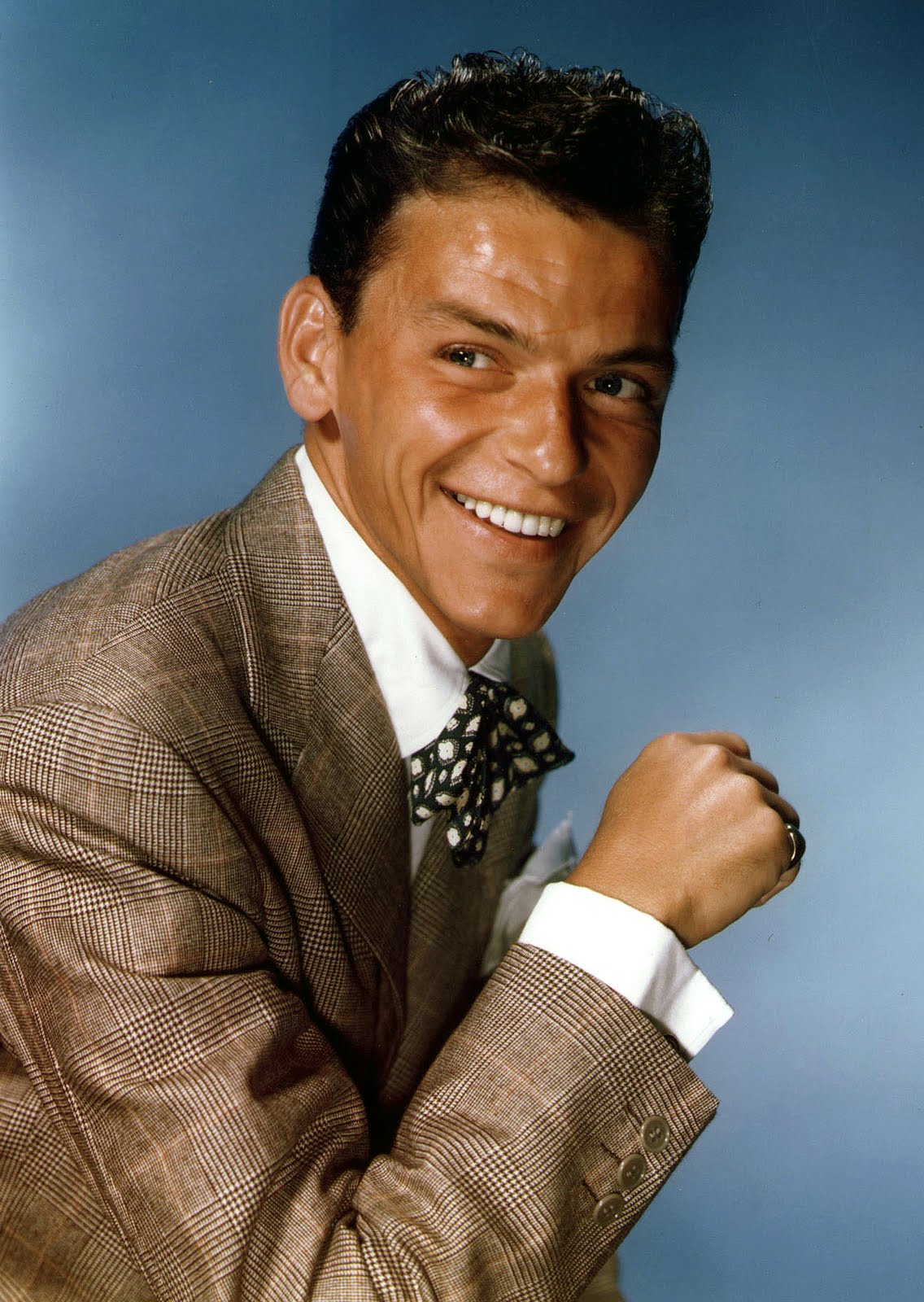 If you are a devotee to men's style, then you're already familiar with glen check fabric--otherwise known as the Glenurquhart Estate Check (not to mention the "Prince of Wales" which we'll discuss later).

Don't feel bad if you don't know the identifying elements of a glen check fabric pattern. Even trusty members of the men's style crowd may not know how to precisely identify the pattern --which may be the most common checked pattern for suits.

The glen check has been confused with houndstooth and other general checks and plaids. Although many refer to the pattern as glen plaid (which has become an accepted term to define the pattern, simply because of frequency of use) it is registered in the Scottish Register of Tartans as glencheck.

If you take a minute to memorize the glen check design, you'll be able to easily to recognize the pattern within seconds!Here are three quick ways to identify the pattern:

1 - Locate the houndstooth block (or tile)in thecenter of the cross shapes above. [note: the houndstooth configuration consists of irregular polygonal shapes traditionally resembling ''sets of black-and-white fox heads on stilts']:

2- Next, find the tiles with wavy lines, which touch all four sides of each center of each cross. Notice the wavy lines within tiles may follow the warp or weft direction.

3 - All remaining tiles have an identical tiny geometric pattern.

What's in a Name?

Since the 1800s, the Scottish banks of Loch Ness in the Glenurquhart Valley of Inverness County is the site where many types of plaids and checks have been woven.

You may be surprised to know that the glen check is classified as being a tartan. Check out the definition of tartan (especially the adjective section for a little trivia):

George IV depicted in one of my favorite writings Raise your glass to a good, gross king

Leave it to George IV to bolster the idea like never before, when in 1822, he asked clan members to wear the colours of their clan when attending hearings--and to stick with their chosen patterns in the future.

Tartan fashion was launched and soon after, the King decided to wear a kilt too. At this time, tartans became deposited patterns reserved for members of clans concerned (thus influencing the dictionary definition above).

Two decades later, we see the formal birth of the beloved glen check in its most primitive form. The original design of the Glenurquhart Estate Check is summarized in The Scottish Register for Tartans, listing Elizabeth Macdougall as the inventor in 1840:

Forty years would pass before the Glenurquhart Check would get its next big boost. Known as Bertie to the royal family during his lifetime, Edward VII held the title of "Prince of Wales" longer than any of his predecessors before becoming king (with only Prince Charles surpassing the time-in-waiting as heir apparent). Edward VII adored glen check and it is he who should receive credit for the eponymous "Prince of Wales pattern", instead of Edward VIII!

Edward VII "Bertie" in glen check around 1880, and later in life below

In the above photo, look closely to find the fine red "overcheck-line" added atop the traditional glen check for a pane-like overlay effect. When a fine colored line such as this is added to the pattern, the cloth may be referred to as a Prince of Wales, based on the point that Sir Edward VII preferred the fabric for so many of his bespoke garments.

Bertie also liked to frequent an area called Mar, and the fabric pattern above particularly pleased him, as it conveyed the sporting values of Scotland, which he loved. His affection for the area and for the cloth resulted in the pattern begin referred to as not only Prince of Wales Check, but also The Mar.

The woman who may have catapulted the popularity of the glen check to the status of enduring glory, is Countess of Seafield Lady Caroline, who moved from New Zealand into the Urquart Castle of Scotland, and fell in love with glen check cloth.

The Countess liked the fabric so much that she outfitted all her gamekeepers in the cloth; and, in the 1920s, glen check caught on like wildfire and eventually gained wide popularity for traditional jackets and suits, particularly among the "adventure-seeking set". (Encyclopaedic Dictionary of Clothing and Textiles).

Today, the pattern has not slowed in gaining momentum within classic men's clothing.

Seeing the talent in front of us was much easier than trying to understand a description of Valentina's work. As a designer, she seems to be able to speak with her designs without having to say a word. Checks and tartans are her passion and she expresses the genre comparable to gifted designers who work for weavers in Scotland.

Valentina Fabrisi is 33 years old, and has been designing at Vitale Barberis Canonico for 12 years. Although she began her path at VBC to become an accomplished designer at the tender age of 21, Valentina doesn't sense that anything she does is repetitive. She describes her world : "It's a manner to express myself in my own small way and create something new that may not have existed anywhere else before".

As she paints her world with her words as a sort of "cocoon of creativity", we're left with the impression that she possesses a distinctive talent which is greater than the small world she describes.

Fabrisi's inspirations for a new design may stem from something like a photograph or an old fabric in the archives, but she prefers to work with a clear mind unaffected by outside influences to give free rein to the abilities of the imagination and then translate "what she sees" into an effect, with the criteria being simple : what she'd like to see in shop windows or what she'd like to wear for herself.

Out of the thousands of fabrics VBC designs, Valentina narrows her favorites to two :

"This fabric represents a modern take on one of the most historical articles by Vitale Barberis Canonico, giving it the distinct spirits of the fragrance of an old piece of fabric...blended with the colours of Keith Haring’s street art.

This is my favourite article because the cloth is made of woolen yarns which hold both the colour and the bold design well, making the fabric unique and full of character in its feel and appearance.

This fabric is a particularly versatile article with thousands of facets, and can be used for both jackets and suits, even in the largest designs--a point well illustrated by Suitsupply, one of the most important customers for this type of fabric choice."

"With the name Revenge alone evoking one of the most exclusive articles by Vitale Barberis Canonico, this fabric is enhanced with cashmere which softens the hand and elevates the fabric to being one of the leading articles in the range.

Available both in a winter mélange version with warmer colours and a summer version which is cooler but still charismatic, Article 83 knows how to attract the attention of our more expert customers, amongst whom we include such great names as Cifonelli in Paris." 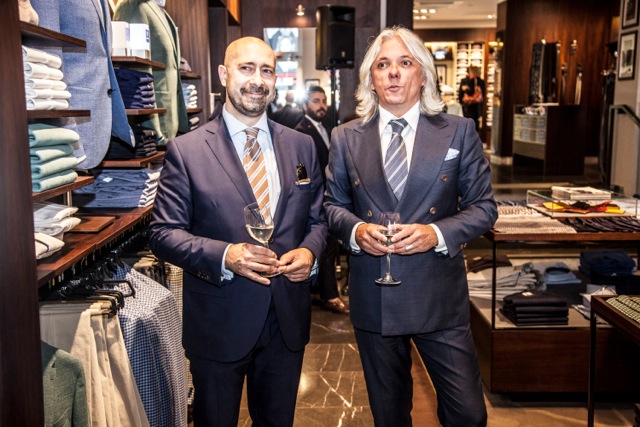 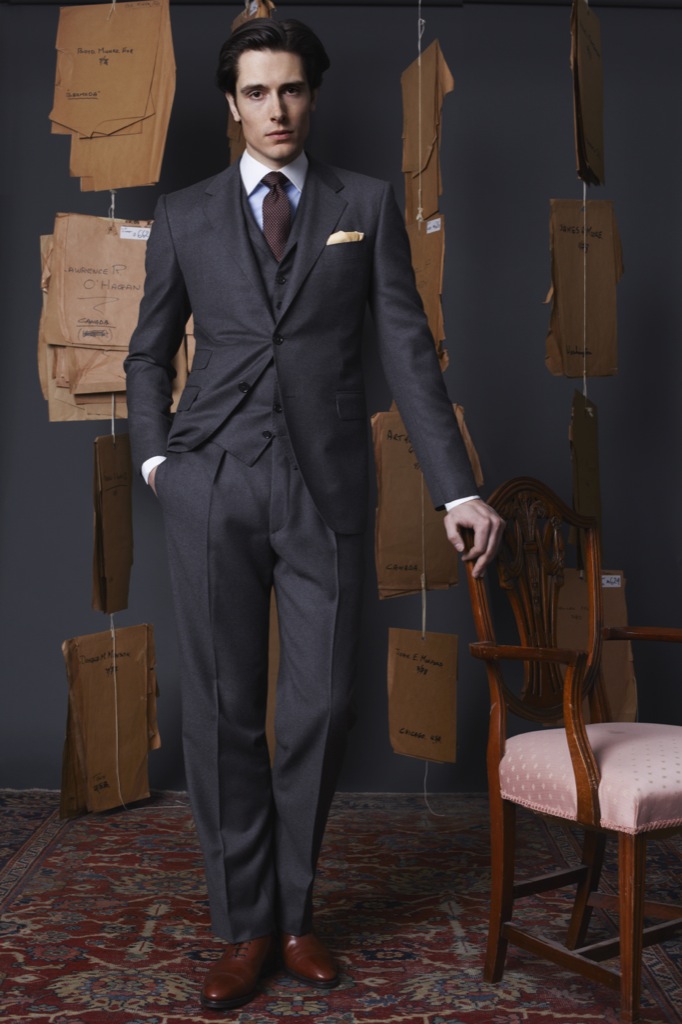 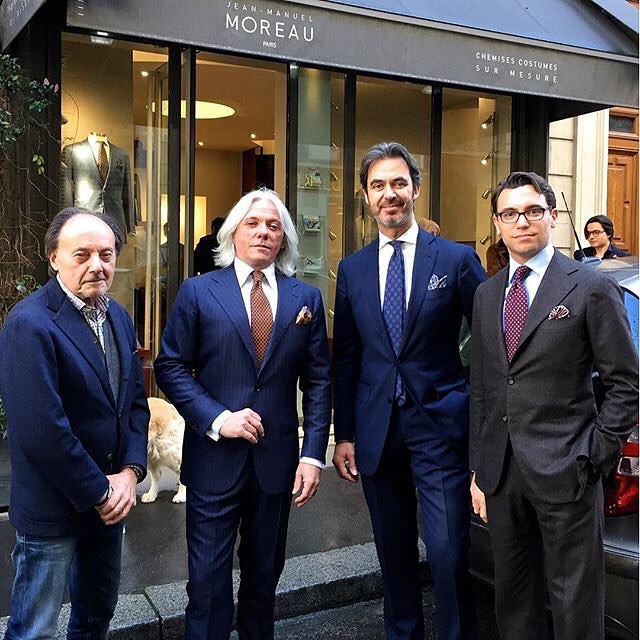 Elegance, measure and excess: the wonderful world of Pierre Degand 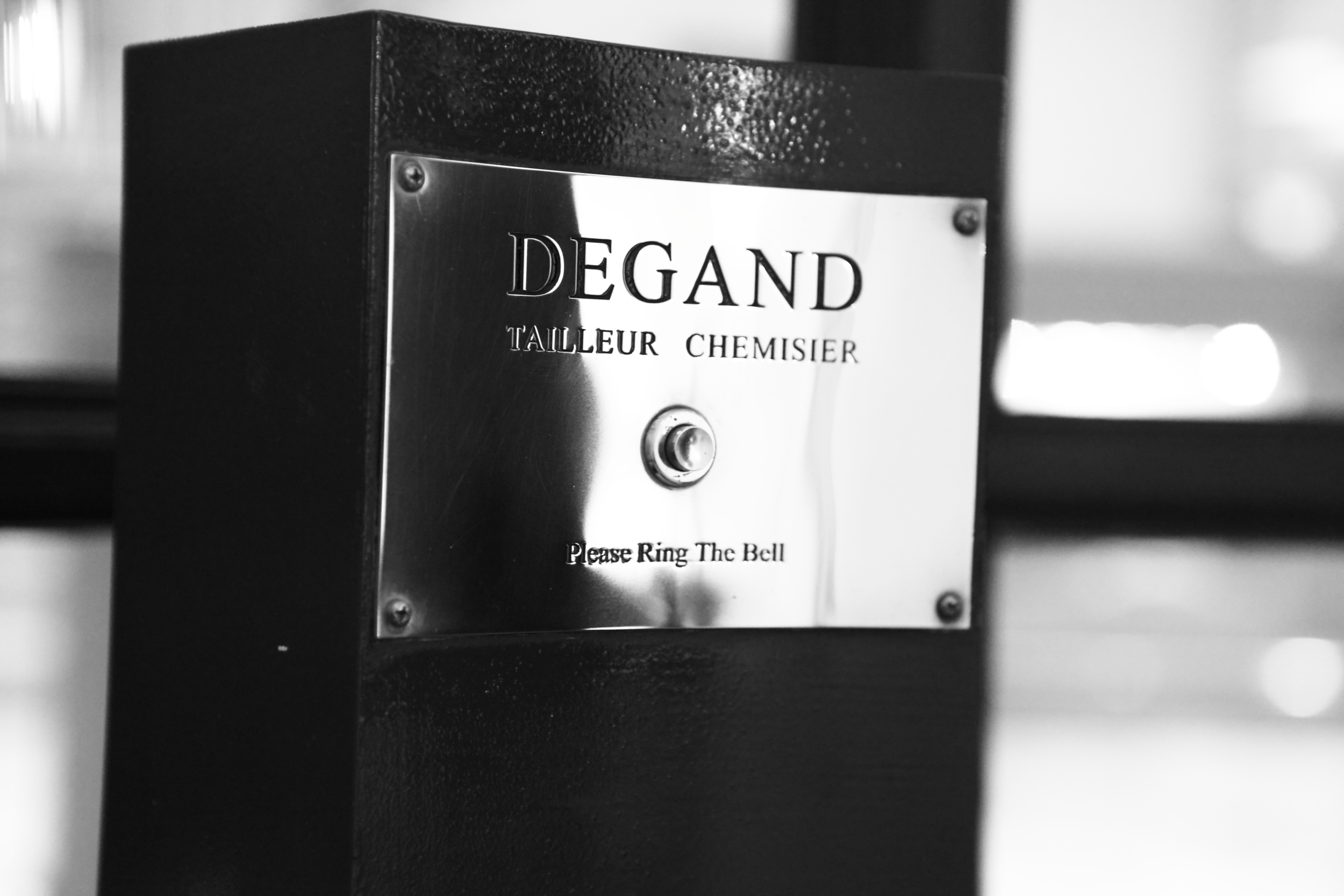