Fear Not the Double-Breasted Suit 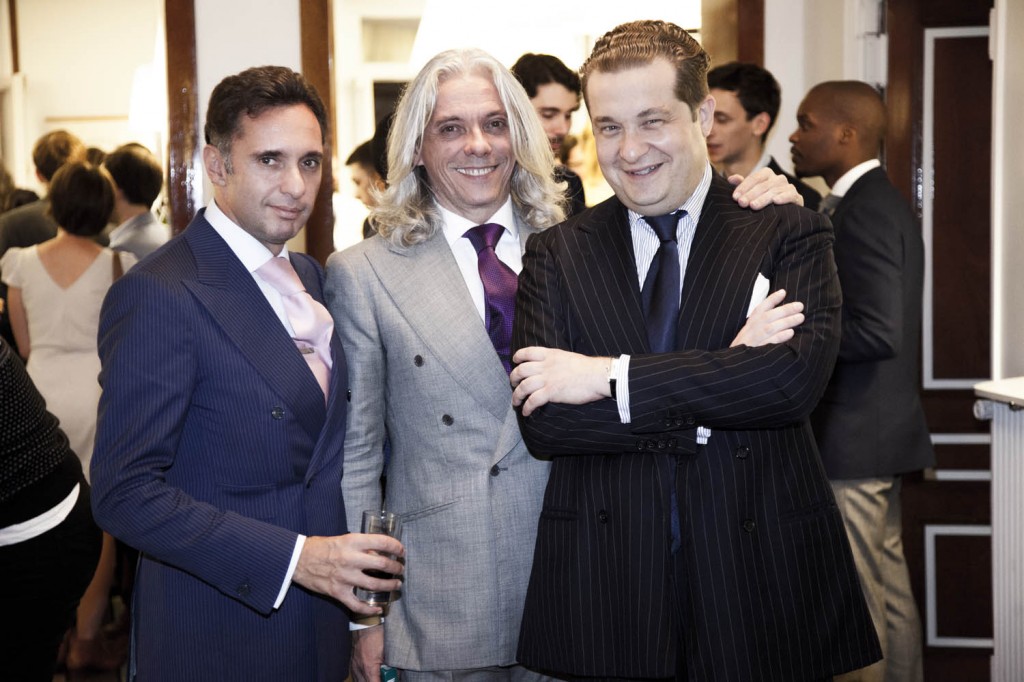 For years, PG has been advocating for the return of the double-breasted (DB) suit as an elegant and charismatic alternative to the single-breasted suit.

In a past edition of The Rake, G. Bruce Boyer (whom we consider one the safest authors in terms of taste and interpretation on the subject of the masculine wardrobe) takes the gloves off and puts an end to misconceptions and rules restricting these splendid suits to “certain body shapes”.

Without getting into all the details of the excellent article entitled Double Indemnity, Mr. Boyer explains that no gentleman should fear the double-breasted suit because of his body shape–and he adds, “if you like it, wear it”!

The only restriction suggested by this rather rejoicing (even pleasurable) plea in favor of the double-breasted suit addresses the quality of the cut.

Indeed, if one item of the masculine wardrobe should never suffer approximate cutting, it’s the double-breasted suit.

Meanwhile, as the interest of ready-to-wear labels for this type of suit seems to be gaining momentum, it’s now possible with the help of a good alteration tailor, to adjust the line and fitting of your suit.

According to Boyer, only men with exceptionally wide hips ought to avoid the double-breasted suit.

So forget about and bypass the rule that says a little bit of extra weight should bar you to venture with this type of cut, and let your eyes (for the line) and feel (for comfort and stance) be the judge, when you don your first double-breasted suit.

The strong return of DB suits, coats and jackets calls for a few pointers to help decipher the various ways to wear them. Contrary to popular belief, many models of double-breasted suits and coats exist.

One of the key ways to differentiate one double-breasted suit from another relates to button placement. Namely:

When I first started wearing double-breasted suits, I preferred the classic 6 on 2button design (six total buttons with two working buttons…with only one buttoned though) as shown above. Notice that the top buttons are misaligned in order to follow the line of lapel.

Here is yet another example of a 6 on 2 double-breasted suit (Cifonelli bespoke, as are all my personal suits in this feature).

My new favorite design of recent years is the  6 on 1 (six total buttons with only the last button being active). The result is a stronger style statement and a tendency to elongate the silhouette. See for yourself in the three examples below :

Outside of these two classics, numerous other combinations exist.

Here’s an example of a 4 on 1, with one functioning button out of four.

Below is a 4 on 2, with two active buttons out of four. The effect is quite casual as shown in this Norton and Sons bespoke sports coat, where all four buttons are aligned.

Our friends at Paul Stuart, with the Phineas Cole collection, have recently gone as far as to create an 8 on 3 double breasted suit–quite extreme, but a rather well designed model that immediately conveys a “military” feel with numerous buttons and buttonholes. A consequence of so many buttons is of course, the effect on the lapels, which can be shortened in length (to a fault).

Ultimately, it boils down to personal taste, as there are no right or wrong choices. Trust your own eyes and intuition, but if you want to venture into the world of the double-breasted suit, a low-risk decision is to start with the classic and elegant 6 on 2.

Another option would be, with your tailor, to select a “hybrid” double-breasted suit that can be worn as a 6 on 1 (like Carlo Andreacchio, master cutter and tailor at A.Caraceni in Milan, below) but can also be worn as a 6 on 2 (thanks to the buttonhole inserted into the lapel roll). 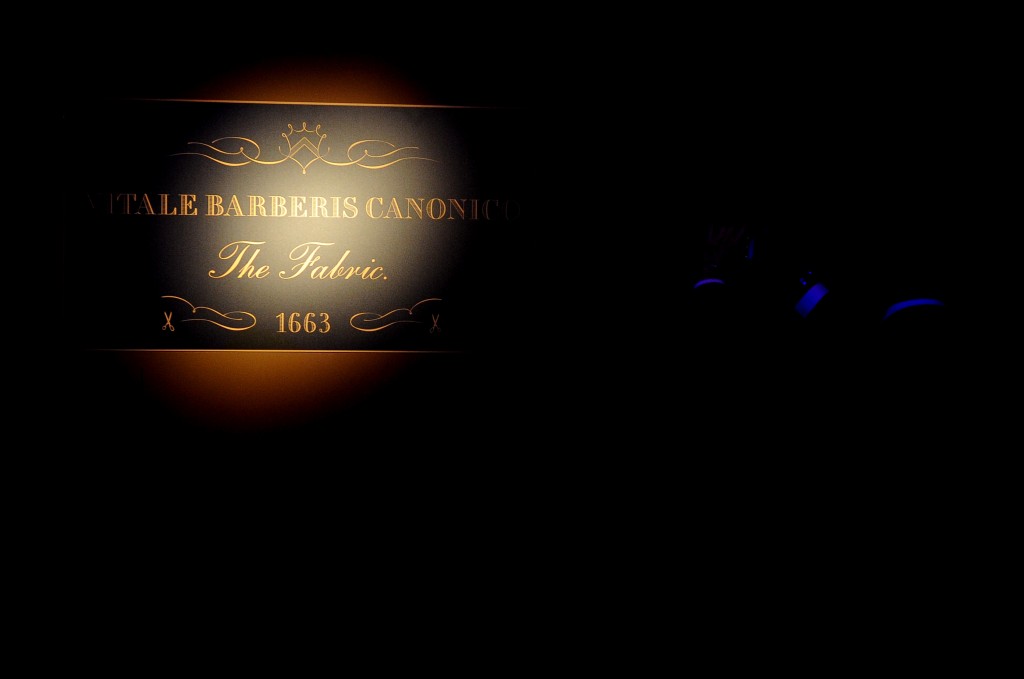 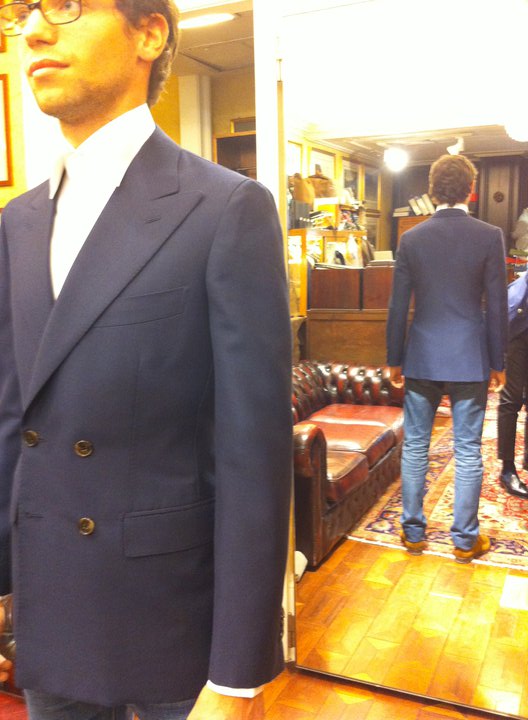 Astaire, Cooper and Grant. They don’t make them like that anymore... 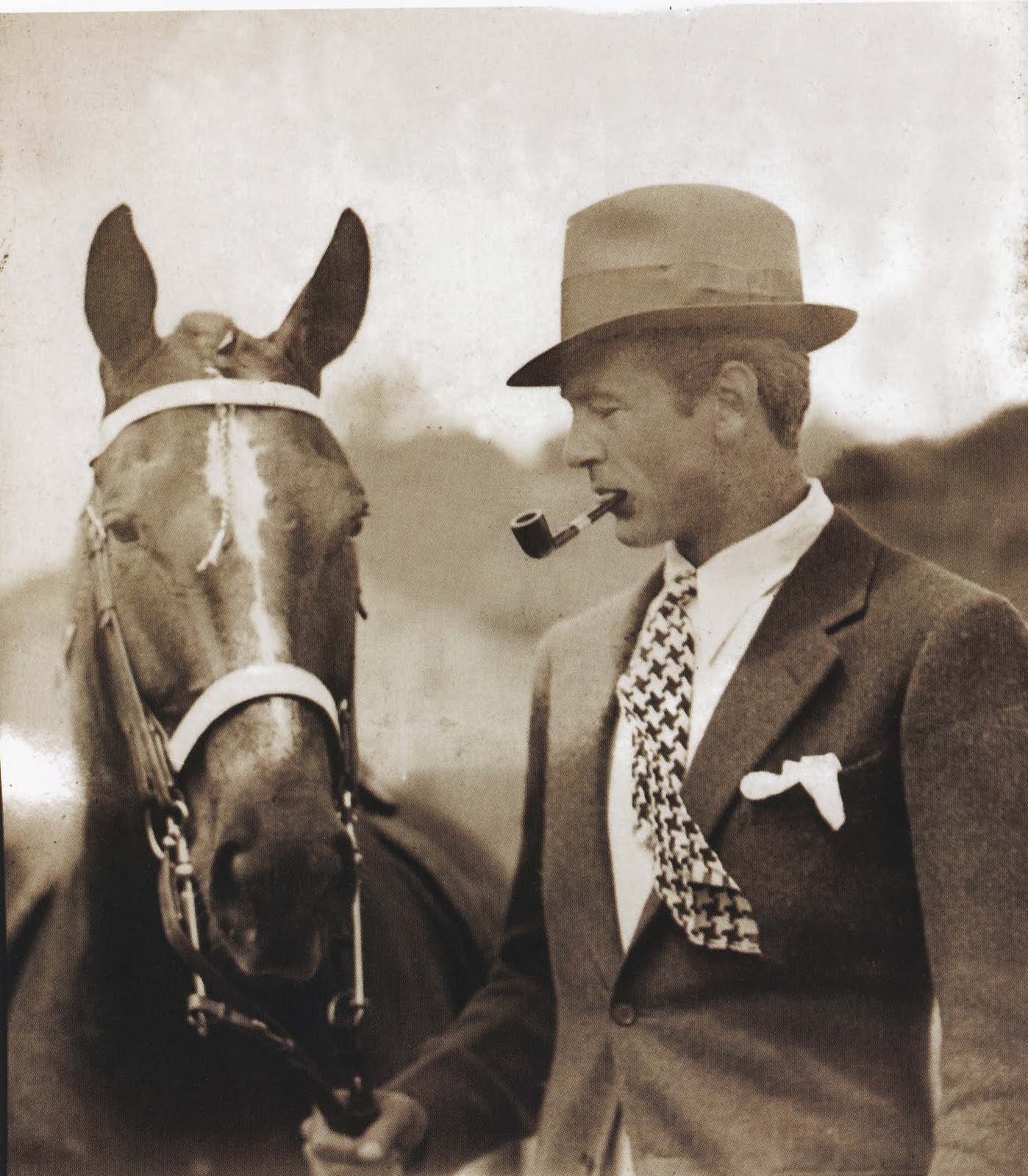 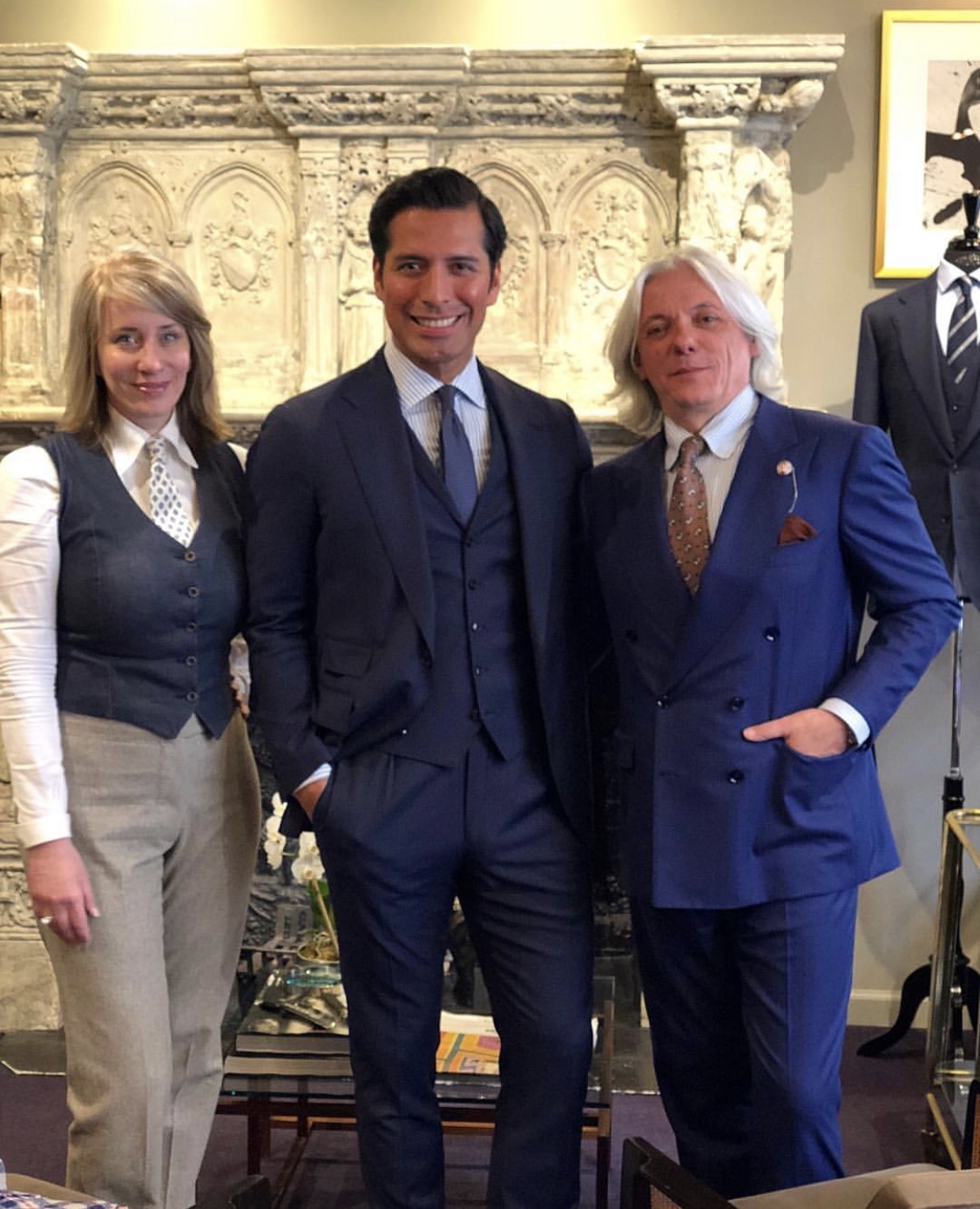