Discovering the Neapolitan Tailoring of Pino Peluso Part 1 : The Trousers 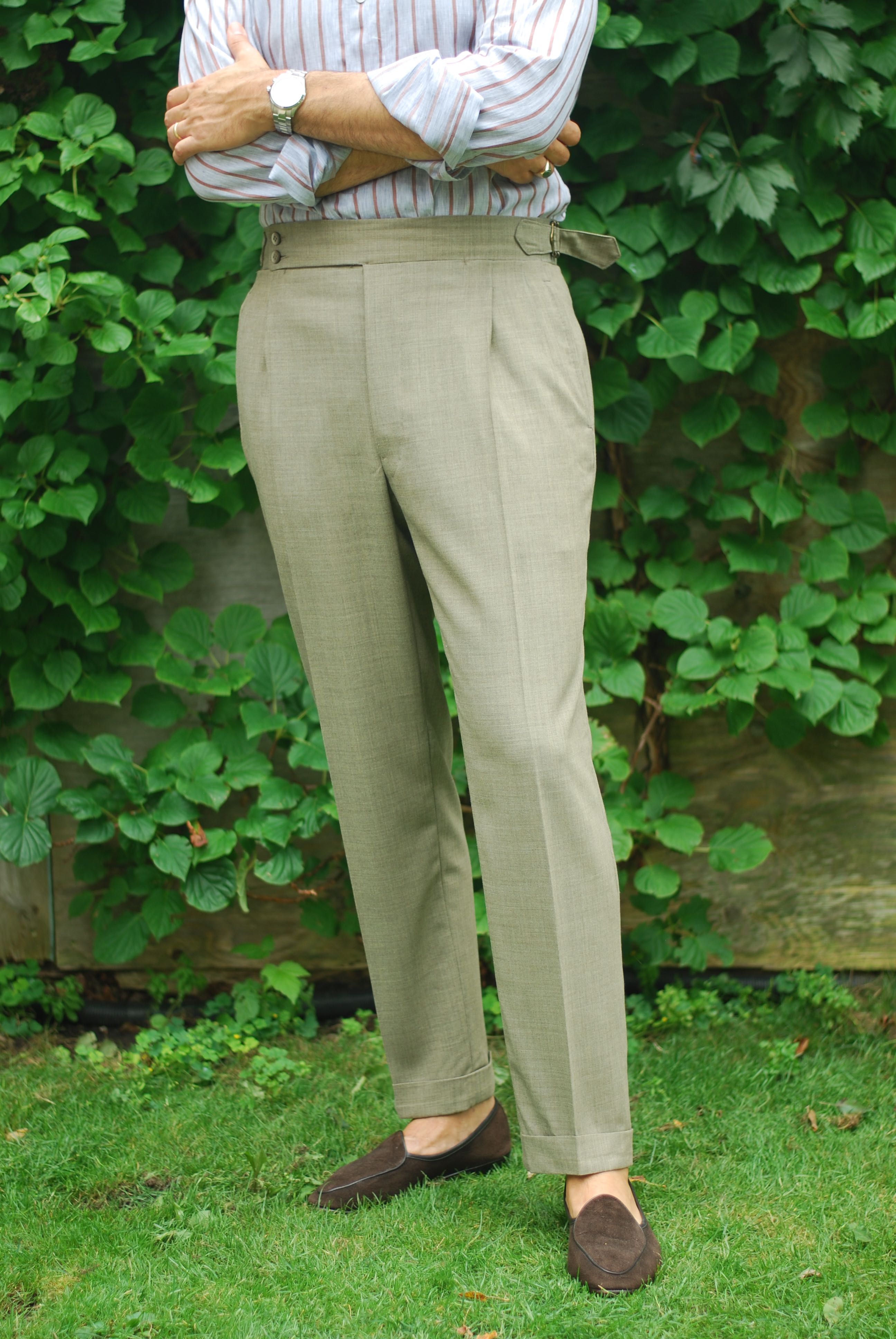 Today it is our pleasure to publish the first of a two part series on Discovering the Neapolitan Tailoring of Pino Peluso, written by the Hogtown Rake blog’s founder, Pedro Mendes.

While Pedro writes and broadcasts on classic men’s style, we became familiar with him a few years ago when he was with Leatherfoot Emporium in Toronto and later, during his time working with shirtmaker extraordinaire Marol in Bologna. He has also worked as an editor and producer at CBC Radio, written for newspapers and magazines, and produced films focusing on masculine elegance. His book entitled « The History of Walter Beauchamp, Canada’s Oldest Tailor » was released last year.

We hope you’ll enjoy Pedro’s perspective on one of his first experiences with Neapolitan Tailoring, at a tailoring house we hold in high esteem : Sartoria Peluso in Naples.

When I first met Pino Peluso, he was not what I expected.I arrived in Naples with a clichéd idea of a typical Neapolitan tailor : brash, macho and a little condescending. In contrast, I found Pino to be warm, down-to-earth and forthright. With a great sense of humour. But before I say more, I should explain how I ended up in his small Via Posillipo atelier in the first place.

As soon as I knew I’d be visiting Naples (last June), I decided to commission a garment. It was my first time in the city of tailors and, with my visit limited to two weekends, there was only enough time to be measured and to work in a first fitting. However, since two weeks didn’t allow enough time for a jacket to be completed (I would need at least one other fitting), and I wanted a new pair of dress summer trousers, I opted to make the trousers a priority.

To speed things along, I brought along the cloth myself - a lightweight wool in a greenish-grey, for Pino to Cut-Measure-Trim (CMT).

But who to visit ?

I’ve read about many tailors and trouser makers in Naples, but a personal recommandation is always nice.

So I reached out to my friends Sonya Glyn Nicholson and her husband Hugo Jacomet, who featured Pino in the recent book « The Italian Gentleman ». I was a bit surprised by their recommendation because Pino is not exclusively a trouser maker. However, to my delight I discovered that, unlike many tailors, does not farm-out his trouser making to outside makers but does much of the work himself.So I set up an appointment.

Peluso greeted me with sincere warmth. We chatted for quite a while about Napoli, food and family, even nipped across the street for an espresso, before we got down to talking trousers. This was, of course, by design. « I do not have only clients, I have friends, » Pino went on to tell me, « a relationship grows. They share a lot of their private lives with me. This is a necessity for me to understand the lifestyle of my clients so I can provide them with the perfect suits for their lives. »

Meanwhile, I also had a chance to check out Pino. I was able to see some of his work in progress and I was impressed not only by the overall silhouettes of his jackets but also by his careful, detailed finishing—something the cliché of sloppy Neapolitan tailoring had not prepared me for.

However, the other aspects of Neapolitan tailoring I was expecting - the softer, lighter construction, the long front dart, the soft shoulders - were all there. That said, Pino doesn’t subscribe to the idea of a house style. As he explained to me, « I don’t like to always cut the same style, because everyone is different, so it’s impossible to have the same shape for two different people. » A garment is dependent on body shape, material and even what the jacket or suit will be used for.

In fact, Pino doesn’t really believe there is such thing as a specific « Neapolitan Style ». We equated the issue to food. Despite being tomato and meat based, the Ragù alla Napoletana is vastly different from the Ragù alla Bolognese. However, every family in Napoli will make their Ragù in their own special way. It’s still Neapolitan, but it’s also unique.

Peluso learned the tailoring trade from his family, as both his father and his grandmother were accomplished tailors. And because he learned in the city of Napoli, he was taught the Neapolitan approach. This includes the unstructured interior and more interestingly, the tradition of not using paper patterns.

I must admit, I had not heard about this before and so Pino explained that for each garment, he takes a new set of measurements and traces his pattern directly on the cloth. Although free-drawing a new pattern each time for every client requires great skill, this method is how it’s been done in Napoli for decades, he told me. However, to keep up with the times, Pino has also started using paper patterns for his overseas customers (that way, he can create new garments without having to remeasure).

In other ways, Pino is diverging from the clichés of Neapolitan tailoring. For instance, he crafts a few different shoulder constructions. Shoulders styles run the gamut from a more structured shoulder, with slight definition and a roll for business suits, all the way down to the more casual manica a mappina for a sport jacket. « When I see a shirt shoulder (spalla camicia) on a classic suit, it seems strange to me » Pino says. He believes it is best for a tailor to be able to produce the full range, from structured to unstructured, according to the client’s taste.

When it comes to the work itself, Pino does the majority, which includes all cutting and assembly, and most of the finishing. If he needs assistance, he may send out work to his « helpers », who are typically family members or the occasional apprentice who works on-site with him from time to time.

All of this, and of course Pino’s personality itself, more than convinced me I had come to the right place. So we got down to discussing the trousers he would make for me. I wanted something as « Pino » as possible, so I let him lead in terms of design. I had my desires: a mid-rise, tapered leg but not too thin and 4.5 cm cuffs. When we discussed the closure, I selected a traditional buttoned zip. Something funny did come up when we discussed the back pockets. I told Pino I have a penchant for a single back pocket on my right, where I tend to carry my phone. I never use the other pocket. Pino looked at me with concern and explained that in Italy, women’s trousers have no pockets and men’s have two. « So if you only have one pocket, what are you? » Who knew that trouser pockets could be a signifier of gender identity? (I ended up going for two pockets).

As planned, a week after being measured, I returned to Napoli and Peluso’s atelier. He had the trousers ready for a fitting as promised, and I must say, they were the best fit at this stage I have experienced. We finessed the length and the amount of fabric around the seat, but they were otherwise excellent.

And then, a couple of weeks after returning home, my finished trousers arrived by courier.

The fit is, at once, close to the body and spacious. Despite the notes above about tailoring styles, there is something definitely Neapolitan in the trouser’s silhouette. These trousers somehow manage to mask my rather full seat and make me look thinner than I actually am.

I must also make mention of the finishing. It is all done by hand - buttonholes, bar tacks and even the waistband - in a traditional, almost old-fashioned way. This is the part of Neapolitan tailoring I was hoping to encounter: a direct connection to the city’s long and storied tradition. 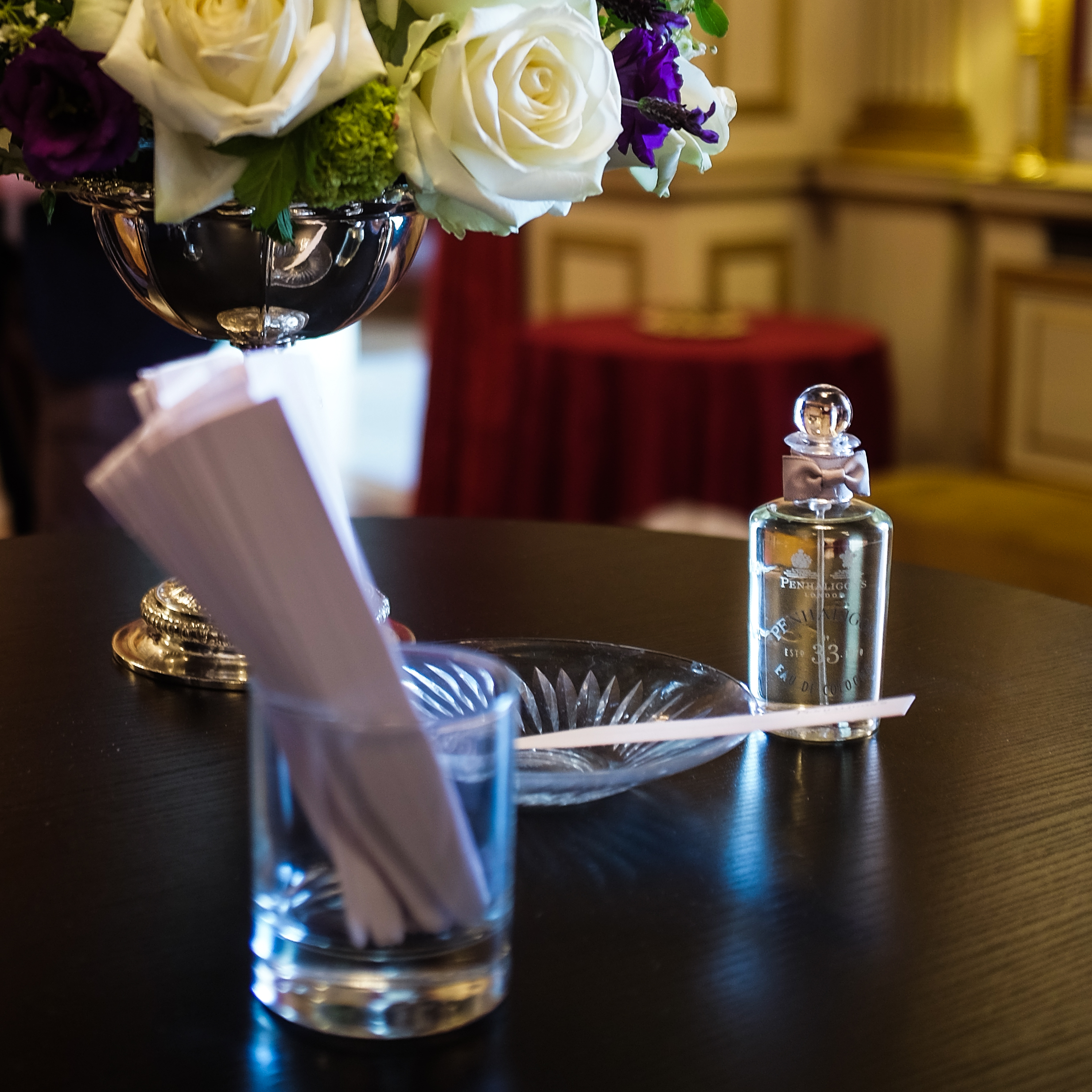 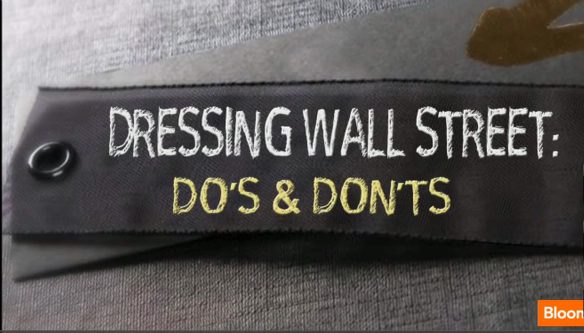 The Suit Silhouette and the Cutter 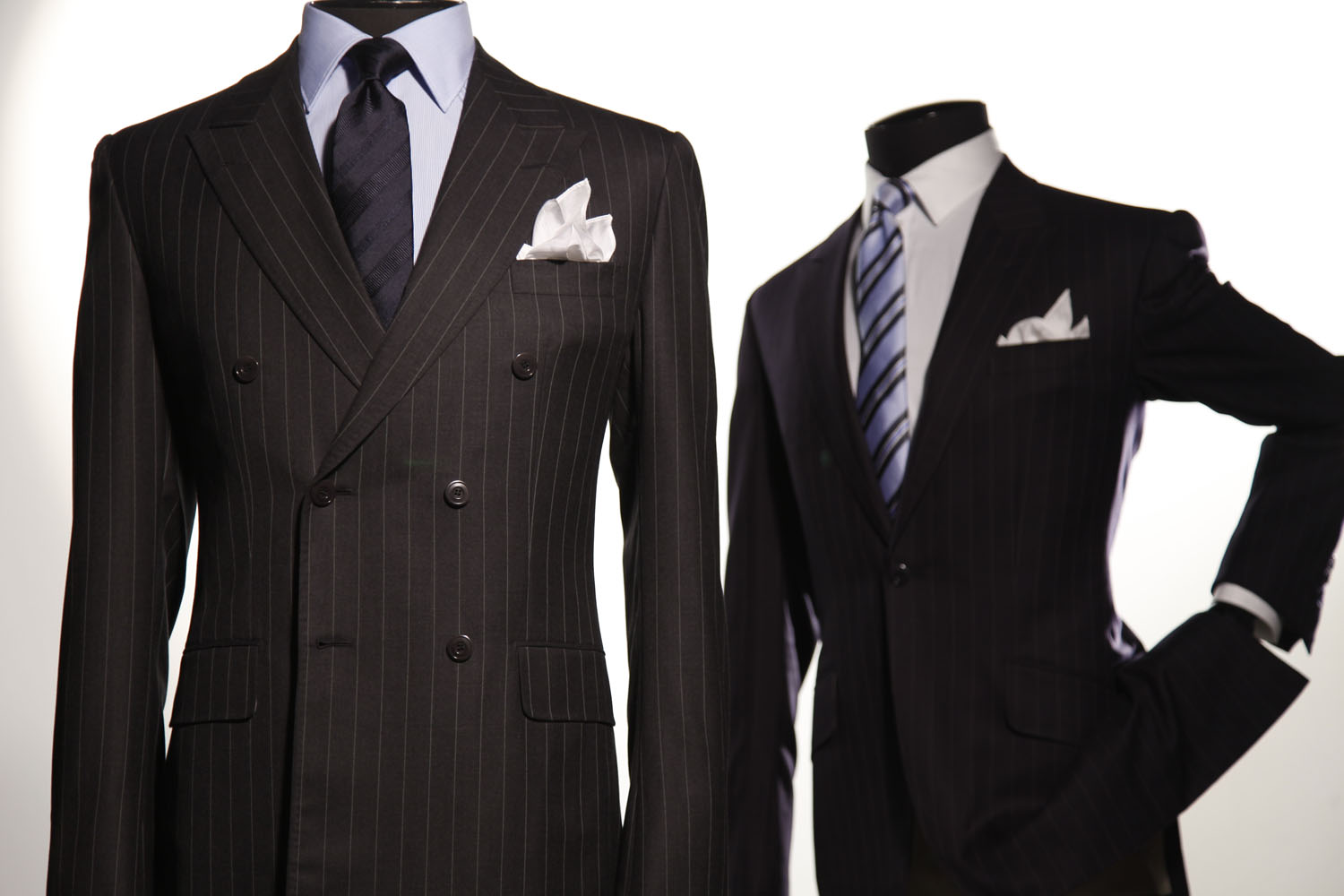