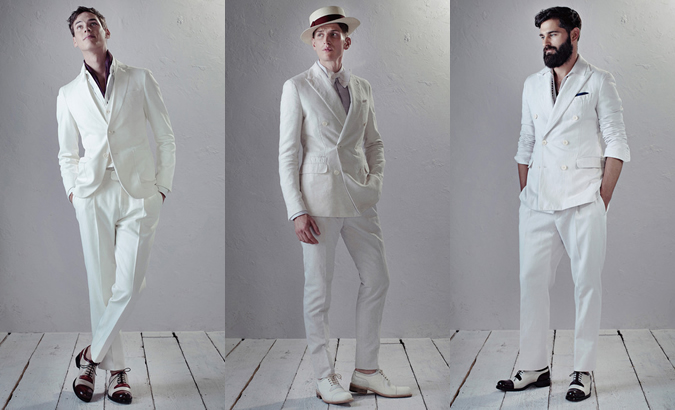 The Berluti story is more than a story of desire for shoes that render a sweet feeling of vertigo---the Berluti rise to stardom is more like a novel filled with risk-taking and in-your-face attitude and perhaps some of the most beautiful (if at certain times delicate) patina-finished shoes in the world.

But on the subject of apparel, ever since LVMH decided to turn Berluti into a global men's brand in 2012, the company has become a dichotomy of a mix of the influence of high-fashion RTW (clothing that many here would only wear on vacation in Manhattan or Miami) and the influence of the acquisition of the iconic Parisian left bank tailoring house of Arnys.

Berluti has all the elements to create something special in their RTW line--funding, talent, an epic background, and the ability to make us lust after their creations.

Lately it looks as though Alessandro Sartori is eventually feeling, for real, the lure of including the finer points of tailoring in parts of his 2014 RTW collection.

I imagine that when developing a RTW line for Berluti, being caught between the influence of the two worlds of high-fashion and traditional tailoring must feel like being forced to choose between two things dear to you like your mother or your spouse. Even so, the decision to acquire Arnys may be a tipping point for influencing a RTW line that can now be a candidate for serious suit aficionados to watch.

It's true that Sartori, former creative director of ZZegna, has taken a few hard hits during his debut as Artistic Director for Berluti by some sartorial purists on various style forums--and you would think a bumpy start in this realm may rattle him, but people who know Alessandro are impressed with the degree of his humility and patience…and his very developed listening skills. And apparently he has been listening to his Arnys collaborators, because his idea of bringing back the elegant white suit (in all its glory) with a vengeance has shaken the tree, and out has fallen an emblematic symbol of what Berluti is all about--crafting something distinctive that is not soon forgotten.

Is Berluti on track? Time will tell, but in the meantime, Berluti has conjured up some breathy lustiness for their take on the Gatsby white suit---a glimmer of the same lustiness that Berluti shoe lovers have come to know OH-so-well.

This week, The Telegraph Luxury  reported on the 2014 Berluti RTW white suit. In the words of Bill Prince, from The Telegraph:

Legend has it that the late Gunter Sachs, the Opel heir turned industrial-scale lotus-eater, travelled the world with a capsule wardrobe of four pairs of white trousers, six blue shirts and two blazers. After all, what else might a playboy require, apart from the keys to a friend’s Ferrari, or the number of a local helicopter pilot who might be persuaded to hover above the St Tropez home of Brigitte Bardot, and shower it with thousands of red roses (as Sachs famously instructed one such pilot to do)?...

Alessandro Sartori, artistic director at Berluti, has embraced the moment brilliantly, evoking the spezzatura of his Italian upbringing with a collection of single- and double-breasted three-piece suits and tailored white trousers.

Sartori’s brief when he arrived at the storied shoemaker, then undergoing a reimagining by LVMH heir Antoine Arnault into the giga-lux menswear brand it is today, was to find the missing element in the otherwise regally endowed wardrobe of a Berluti customer. His brilliance has been to divine the exact moment where undue formality should give way to an urbane casualness, and he has achieved it this season in bleached cotton drill suits and jackets that give full rein to pure, brilliant white... [above: Two-button Intarsio jacket, £1,980, trousers, £810].

And a nice review of the double-breasted white suit featured in Attitude UK  :

Dressing to the tune of a bygone era is a great way of adding an element of fun to the proceedings. We love the 1920s feel from Berluti. Perfect for a summer ceremony in the garden of a stately home.

It can be safe to say that Tom Wolfe, who immortalized the white suit, would approve. 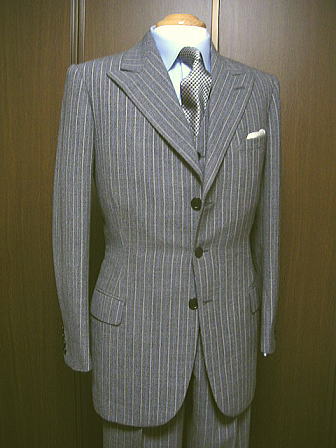 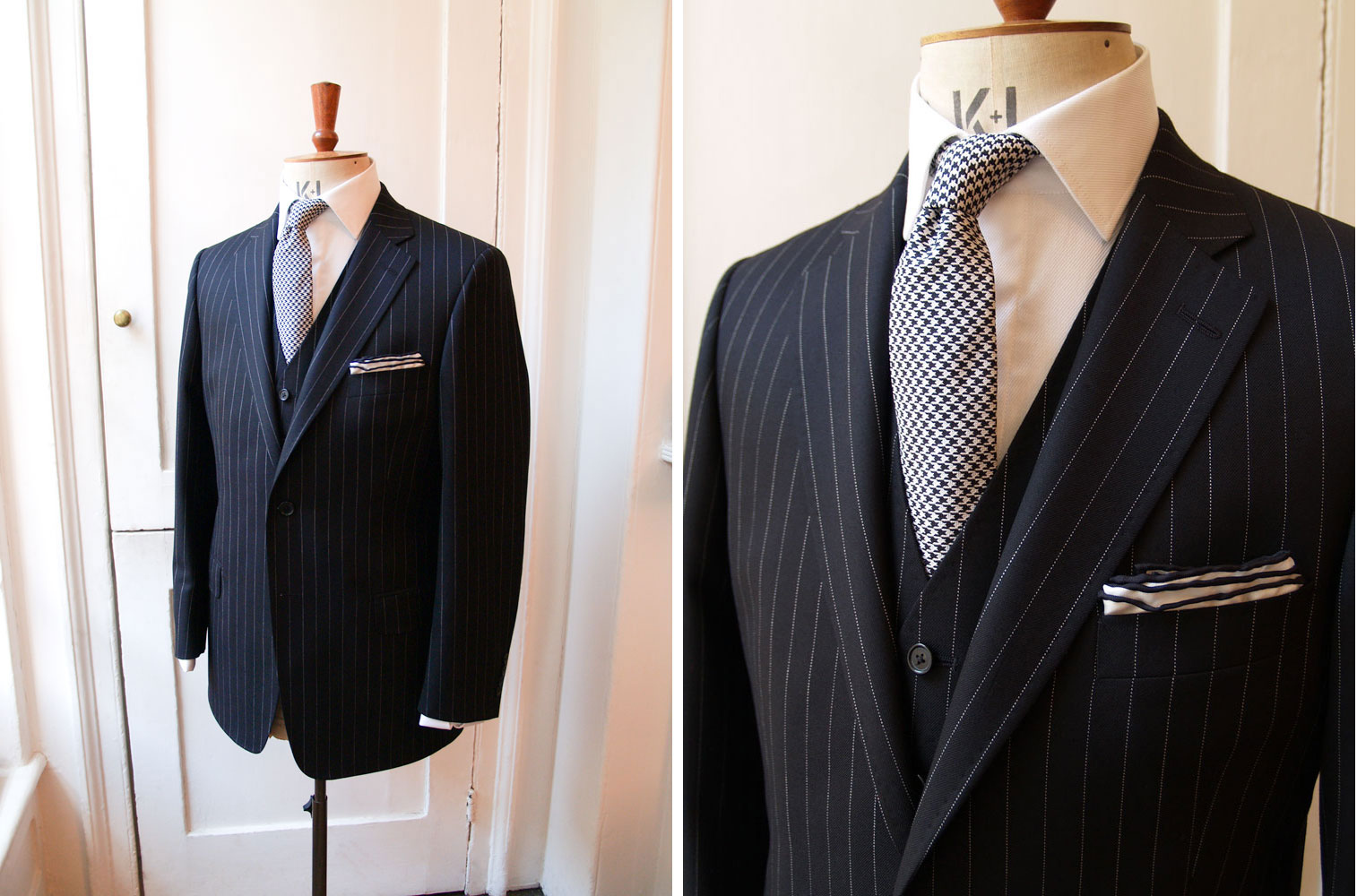 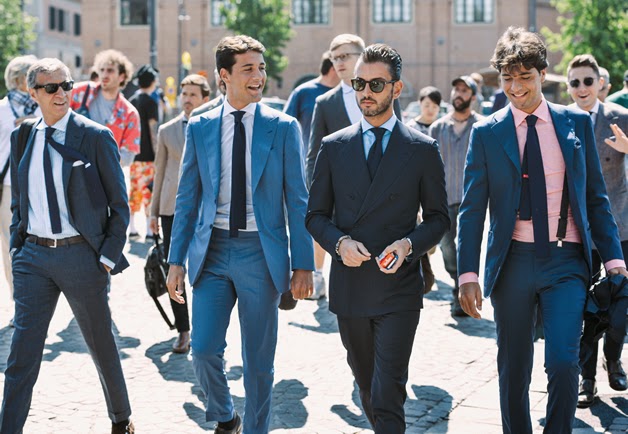 Why Do We Dress Up? VBC Fabric Academy 5 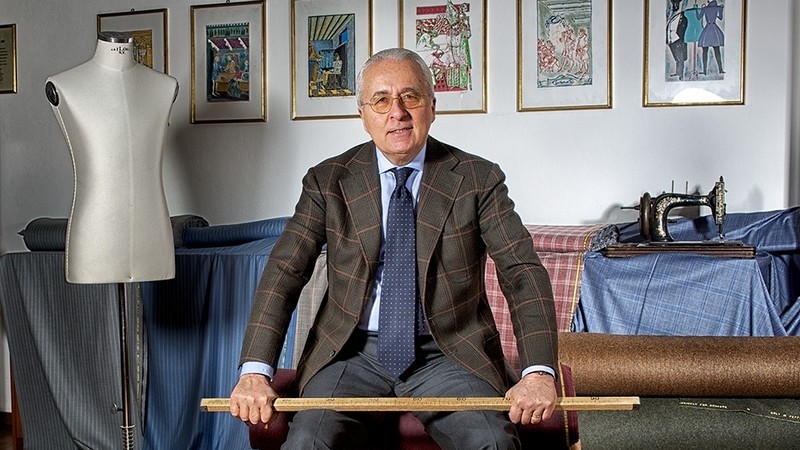