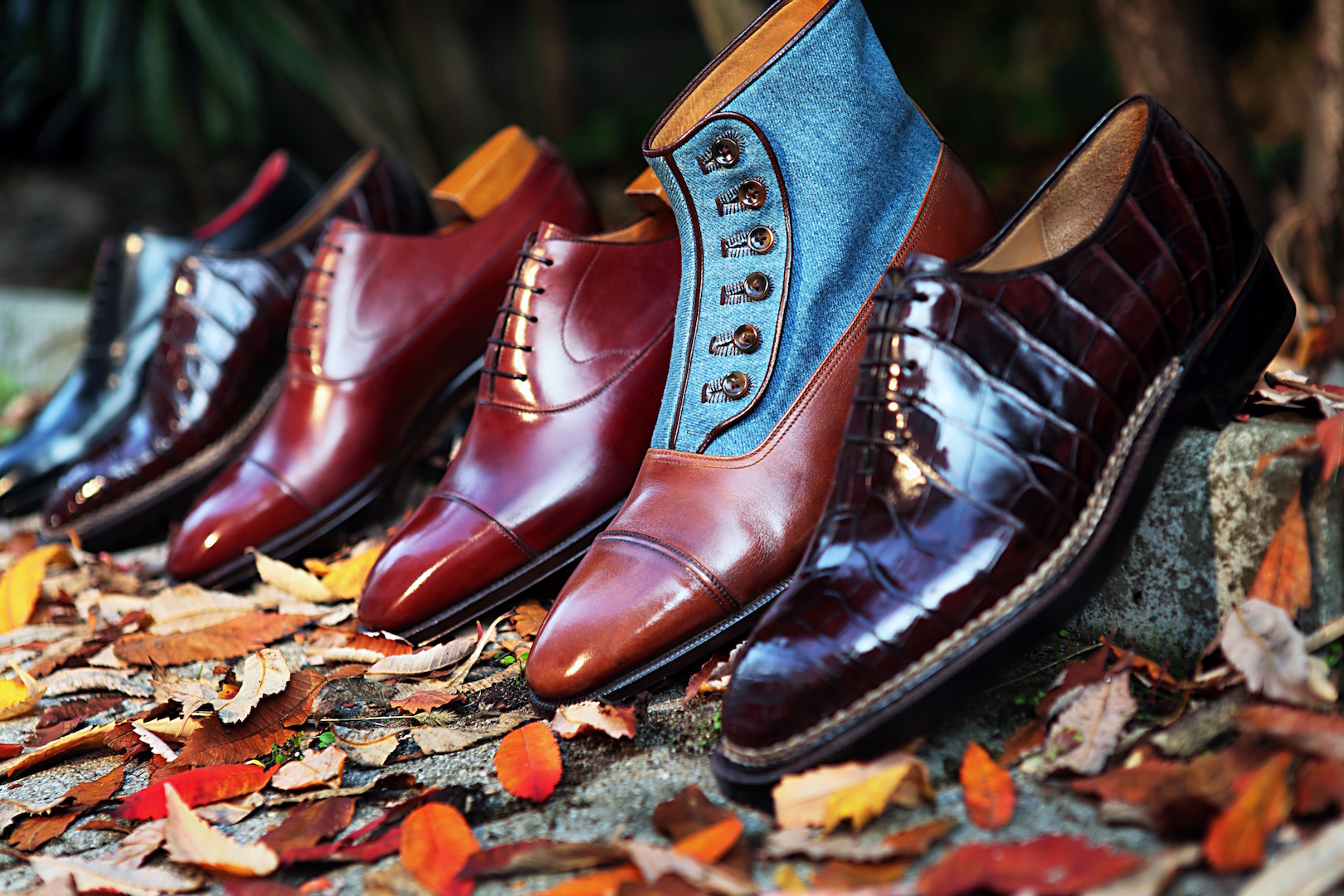 Enzo Bonafè shoes, this photo by Lyle Roblin is a preview of Hugo's upcoming book "The Italian Gentleman"

Robert W. Service (1874-1958), nicknamed the Bard of Yukon, once said "it's not the mountains ahead that wear you out, it's the grain of sand in your shoe".  While Mr. Service does a sound job explaining that it can be the small things in life which prevent us from achieving great things in life, his reference to the sensitivity of our feet is notable.

We indeed are sensitive when it comes to the condition of our-feet-in-our-shoes, and perhaps this tactile sensitivity carries over to our growing sensitivity towards the aesthetics of our footwear.

The saying "shoes make the man" may be an overstatement, but nonetheless, a good pair of shoes does somehow make us feel great and look better.

Interest in the art of shoemaking appears to be at an all-time high, with men becoming more and more educated about the craft, to the point of rivaling women in the appreciation of good shoes and the understanding of the elements that make a shoe special.

We, along with others in the industry, continue to preach that investing in well crafted classic shoes built-to-last can be much more gratifying than buying cheap shoes which must be replaced within a few months.

But how many pairs of good shoes do we really need? Here’s a rundown of 11 pairs (from the most casual to most formal) which are not only functional, but also satisfying to the eye.

Buttero -- an alternative to the Adidas Stan Smith White Sneaker

Just when we swore we'd never wear sneakers with suits, the French house Lanvin (founded in 1889), continued to make sneakers of quality with pleasing, detailed aesthetics, and eventually--for us anyway, sneakers with casual suits seemed possible.

Wear sneakers with suits for travel, walking long distances, or when there’s no dress code in place—while respecting each situation by 'dressing for the occasion'.

Comfortable, trendy, and a great choice for a driving shoe, the suede moccasin was originally made of sheep pelt and worn by Native American tradesmen and hunters, who could approach their prey quickly and quietly with soft-soled shoes. The name moccasin comes from the Algonquian Powhatan word "makasin" and the Proto-Algonquian word "maxkeseni" which means shoe.

Great for spring and summer and early fall, both the moccasin and the Espadrille (see below) are nice alternatives to wear with suits when you need to be comfortable driving, walking distances, or traveling by air--where quickly removing and putting your shoes back on becomes important to pass through security checks and where comfort is key when traversing large airports with luggage in tote.

The Espadrille is a breathable shoe that molds to the shape of the foot easily. The shoe is mentioned here because we can trace its possible origin to almost 4,000 years ago, based on a pair of the shoes found on human remains in a "cueva de los murielagos", or bat cave (source: History of the Espadrilles)!  The jute rope or braided hemp with linen fabric originates in Spain, where the King of Aragons' infantry men wore the shoes. "Esparto" is the name of the plant used to make the shoes.

In the 13th century, "alpargatero" craftsmen made the rope soles and seamstresses sewed on fabric and the bands to finish the shoe. In the 14th century, the French city of Mauléon began selling the shoes in large quantities. Time passed and in the 1960s, Yves Saint Laurent ordered a pair of Espadrilles with a heel, and the rage for the shoe ebbed and flowed, while currently becoming popular again.

There will likely come a day when you'll need a rubber-soled sport shoe.

The boat shoe functions to respect the integrity of the boat deck and helps grip the deck floor surface, but these shoes are also a good option to wear on rainy days so as not to damage leather-soled shoes.

Sperry is one of the famous brands of boat shoes, but if the shoe clashes with your personal style, as with Hugo, opt for the Sperry rubber-soled Oxford Brogue. Sure the sole is cemented but the point of a boat shoe is surely not to break the bank, except for the boat itself !

To avoid looking like a university freshmen, there are seemingly endless versions of boat shoes to consider. And of course, although many men swear by their Sperrys, there are also many other brands which sell quality boat shoes.

The Blucher (pronounced bloo-ker or bloo-cher) shoe has a military history, as 18th century Prussian General Gebhard Leberecht von Blucher commissioned a “one-cut” boot (made of a single piece of leather) with two shoe lace tabs overlapping the shoe itself. The transition of the style 'from boots to shoes' caught on, and the Blucher shoe remains a phenomenon until this day.

To identify the shoe, notice the shoe lace tabs are stitched on top of the throat area of the shoe. The second identifying characteristic of the shoe is the hockey stick shape of the lace tabs; look for this telltale sign to know a shoe is a Blucher. As shown on the left shoe above (first picture), sometimes the Blucher will have upside-down "C" stitching which connects from the lace tabs to the sole of the shoe.

The Blucher has a certain rebellious yet relaxed ambience which exudes style while not being too casual. The shoe is versatile enough to wear in almost any situation (other than for formal occasions).

For a boot to be suit-worthy it should be refined from top to bottom, with no chunky grommets or heavy stitching and lacing (which smack of hiking boots). The shaft, or height of the boot should reach above the ankle and there should be an element of elegance to the aesthetic. While this writing focuses more on shoes than boots, no doubt, an entire article could be dedicated to the finer details of the boot.

Prior to the 1840s, boots were almost always worn with suits. Whether your style is the Chukka, Brogue or more formal Balmoral, you'll find boots to be a satisfying part of your suiting wardrobe, particularly during cooler months of the year.

The Derby (pronounced DAR-by) became popular as a hunting and sporting boot in the 1850s, only to be copied later in the form of a dress shoe. Shoe lace tabs are stitched on top of the shoe itself, which is the key differentiating characteristic between a Derby and an Oxford.

I don’t like to throw the Blucher and the Derby in the same basket, as many choose to do. These two types of shoes have different stories of origin, and the Blucher typically exposes more of the front of the shoe (the vamp) than the Derby. Even if there are only subtle technical differences in the construction of the two types of shoes, as both have lace-up flaps on top of the shoe itself, the shoes have a different aesthetic. The Derby doesn't resemble a whole-cut as much as the Blucher, doesn't have the definitive "hockey-stick-shaped flap cut" which the Blucher has, and in general, the Derby looks more like a dress shoe (especially the two eyelet model by Corthay above).

Some men look terrible in loafers and other men look bad in monk shoes—but usually, a man can wear one type of shoe or the other, depending on his body type and personality.

The penny loafer became popular in the 1930s. The story goes that the idea of inventing the loafer was spawned by the Spaulding company becoming inspired by shoes worn by Norwegian dairy farmers, based on photos apparently first featured in an Esquire Magazine article. Loafers are considered one of the ultimate indicators of the trad or preppy look.

Loafers have their origins in Scandinavia, where fishermen would wear two pieces of leather fastened with a strip across the bridge when they were working. These shoes were comfortable and strong and eventually became what we know today to be loafers, or slip-on shoes.

The monk strap was originally designed as a much more durable and dressier alternative to sandals similar to those worn by European monks. The rakish monk strap has no lacing but is instead closed by a strap and buckle, and is considered not as formal as a full Oxford, but more formal than a Derby.

The ultra-classic Oxford, originating from Oxford, England, appeared around the 1840s as a transition away from wearing boots and towards wearing shoes. Before the 1840s, many roads were in poor condition, making it necessary to wear boots to dodge mud and horse manure. As street conditions improved, the Oxford took the place of the boot and become the go-to shoe to be paired with suits. To this day, one of the first dress shoes almost every man seeks to own is the Oxford.

The lace area on the Oxford shoe is smooth with a 'closed lacing system'. Unlike the Derby and the Blucher, Oxfords never have lace tabs which overlap the shoe. Oxfords may be be brogues with perforation designs, cap toes or whole cuts--as you will notice each shoe above has the exact same 'closed lacing system' characteristic of the Oxford.

Patent and high-shine leather Oxfords reach one of the highest echelons of formality and are to be worn with a black tie ensemble. If you’re in a more royal mood, pair white tie with opera shoes topped with a flat grosgrain bow—worn by statesmen and princes throughout history.  If you host a black or white tie event in your home, you may choose to wear formal slippers instead of Oxfords or pumps.

Beau Brummell is known to have eschewed the dress boot worn by many gentleman during the Regency period, and instead opted for court shoes, removing the silver cut-steel buckles (still worn today by the English court) and replacing the buckles with a grosgrain bows. During Victorian times, men donned the opera shoe/slipper to attend ball dances. This same tradition held until the 1930s, when high-polished or patent Oxfords became the fashion. Pumps have largely been displaced by formal Oxfords, but are still standard for white tie. However, some 'leaders of style' break the rules and wear opera pumps with other various suiting combinations as an act of free expression of style. 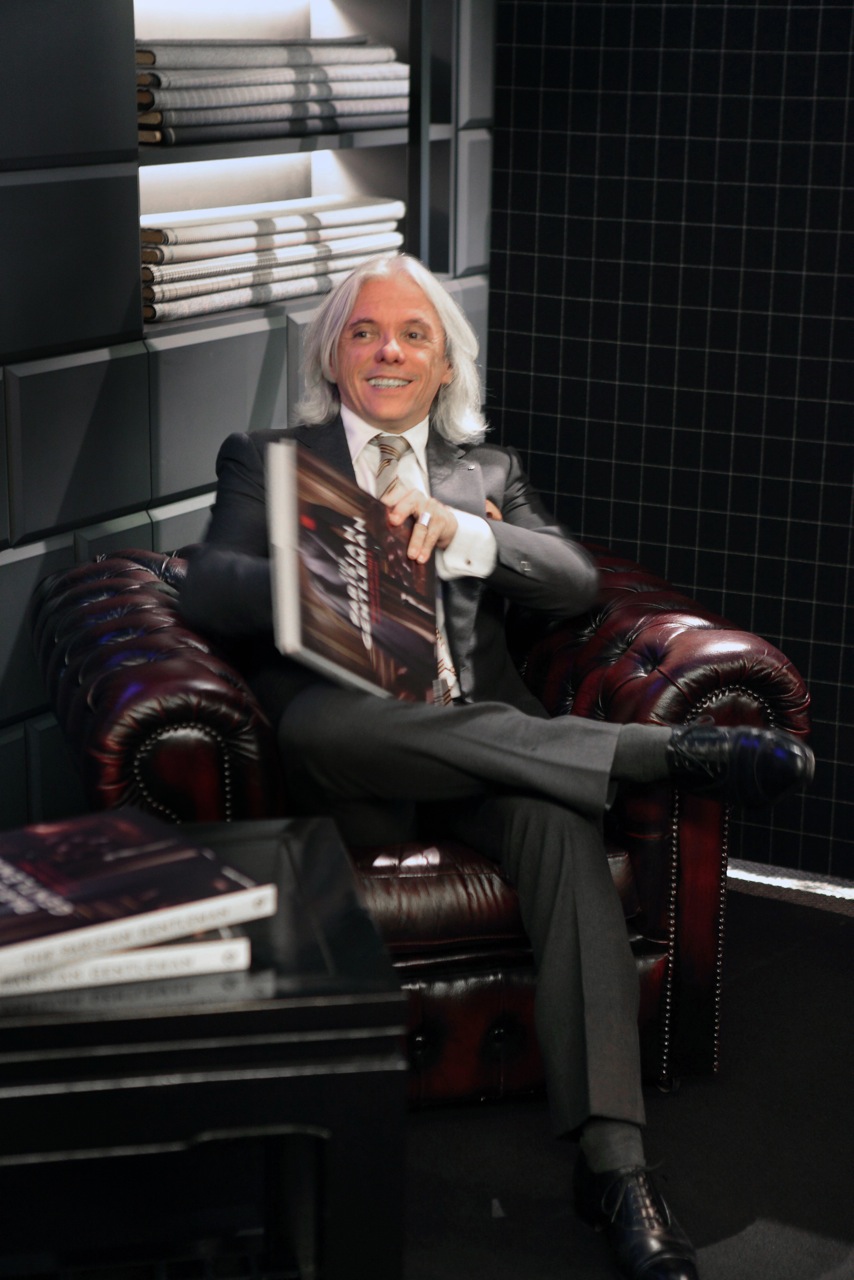 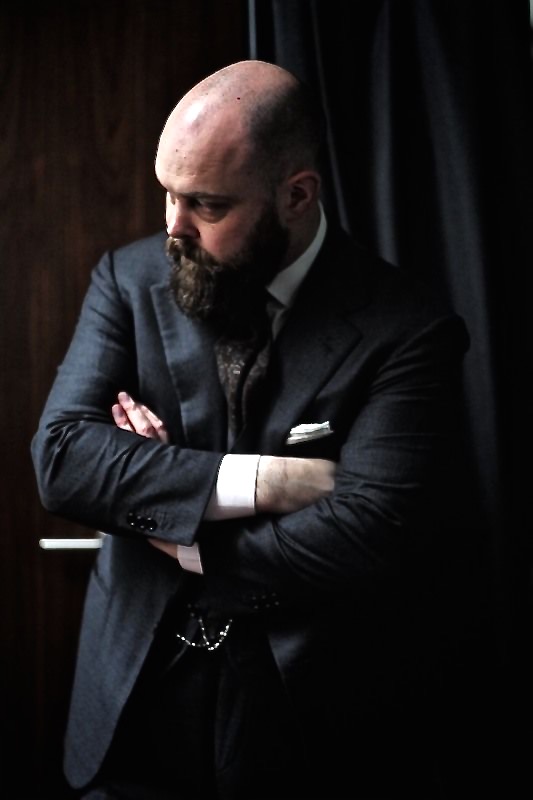 Anthony Delos and his Masterpiece 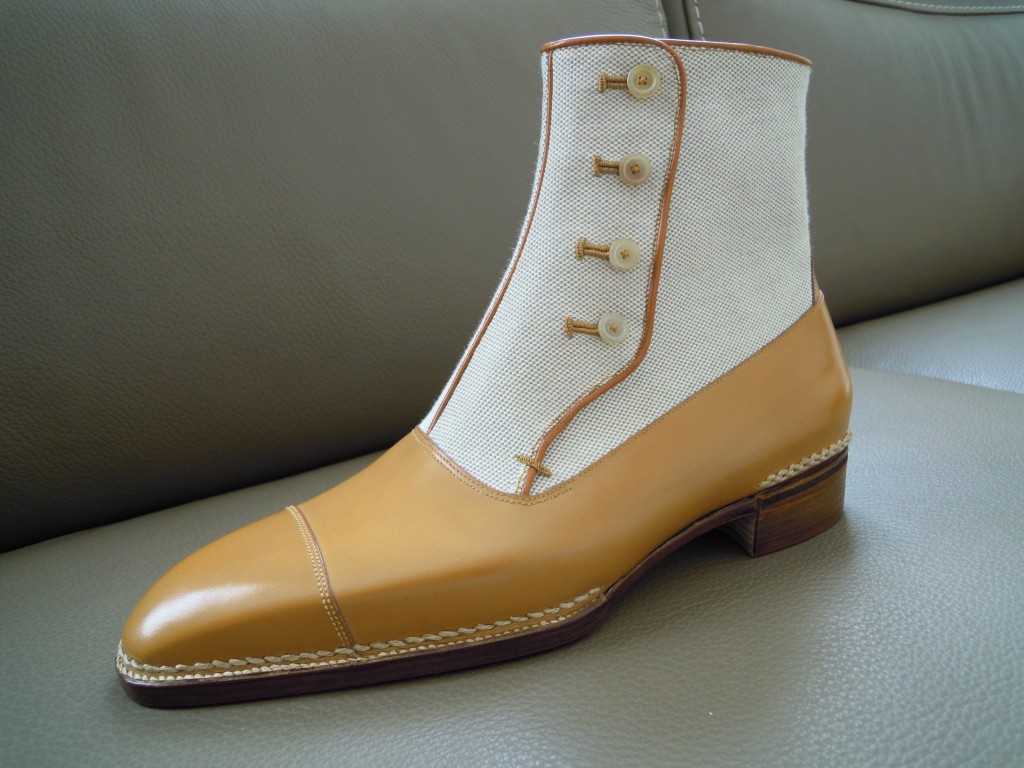