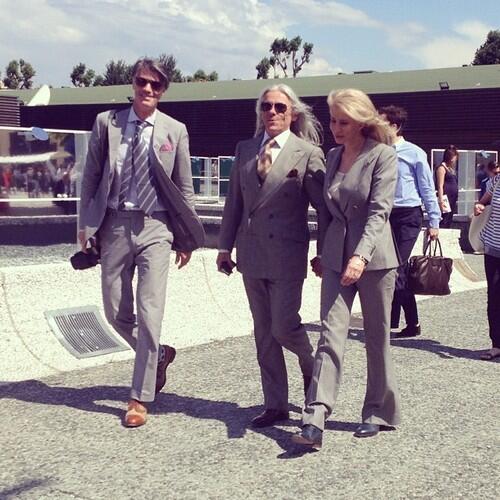 I had very high expectations before going, so I feared I might be disappointed by the reality of it. In fact, the trip surpassed my wildest expectations. Attending Pitti Uomo in Florence is like taking a trip to the Holy Land of #menswear.

Better yet, it's like diving through the looking glass -- as if you went straight through your iPhone screen (full of Tumblr pics by The Sartorialist) to land in a magical world that you thought existed only in your dreams. But it's no dream, it's real! Everywhere you look at Pitti, you see real-life awesome dudes that you've already 'liked' 1000 times before on the Internet. And the eery part is that you instantly feel like you already know these guys personally, as if they were long lost friends.

After seeing so many pictures and reading so many interviews of these 'Pitti People', seeing them in action feels like the most natural thing in the world, while also being the weirdest thing in the world. Just imagine walking into a scene from your favorite movie and being able to interact with the film's characters. That's what Pitti feels like.

No. Never confuse Pitti with Fashion Week in New York, Paris or Milan.

Here, there are no runway models and no superstar designers--just a selection of the world's best menswear brands and artisans. It's a trade show without actually feeling like a trade show. On the scene you notice buyers, sellers, and craftsmen showing off beautiful handmade shoes and suits as well as buyers from the leading stores across globe handling merchandise and placing orders for next year.

The fairground is huge and it would be impossible to see everything that there is to see, even in a week. When visiting, you can take your pick between two distinct universes: streetwear and classic elegance. The population at Pitti is segregated into those two categories: on one side, the bearded hipsters covered in tattoos and piercings--on the other side, the tailoring geeks in double-breasted bespoke suits.

A very striking and memorable contrast of personalities which you seldom find under the same roof out in the real world.

I won't even attempt to list all the famous menswear figureheads that you will inevitably bump into at Pitti. They are all there, with rare exception.

If you are a regular reader of PG and other #menswear blogs or forums, then imagine bumping into most everyone you've ever read about. They're collectively called the 'Pitti People', the likes of Rubinacci, Ieluzzi, Kamoshita, Ricci Bros., Barbera, Luparelli, Elkann, Marzotto, etc. Anyone from your favorite pictures by The Sartorialist is likely there. Hey, even Scott Schuman is there, so you can actually witness the next wave of Tumblr shots in the making...

4. Are the people unbearable?

The atmosphere is so friendly and relaxed, that you can feel the positive energy running through the place, as if everybody was so glad to be back at the party. Very different vibe than your typical high fashion event. (I actually attended a high fashion party in town after Pitti, and was struck by how 'pure' Pitti remains compared to the stuck-up fashion world.)

Pitti is about great people making great products. It sounds corny, but the love is real and you can feel the passion and goodwill coming out of everyone you talk to there. Even sellers of outrageously overpriced RTW suits seem like really cool guys when you talk to them at Pitti.

Listening to the global MTM rep from Kiton at Gilli (the Café where everyone reconvenes at night), I found myself thinking 'Hey, a Kiton suit may actually be worth the money after all, gotta give it a second look.' In a world where the internet can tend to close our minds about menswear, Pitti acts like an antidote, making us open to new ideas with every new tailor or creative director we meet at the show.

Yes! You will never in your entire life, witness such a concentration of well-dressed dudes.

Of course, the Italians stand out--it's their home turf after all. But, contrary to popular belief, they are not the best dressed dudes at Pitti.

The Japanese contingent steals the prize by a wide margin and it really hits you like a ton of bricks how perfectly dressed these Japanese dudes are. You have to attend Pitti to understand what I mean. As far as I know, no street photographer has yet to capture the collective power of the Japanese Pitti-look.

After the Japanese, the Scandinavians are holding their own quite well in the Pitti pecking order. (We French, Americans & Brits have a lot to learn about dressing for Pitti -- quite a slap in the face that you realize once you're there.)

Let me add that peacocking and dressing well are two opposing notions at Pitti. The peacocks are fun to watch, but that scene gets old quick as posers pose for hours on end as (quite good) photography bait. The real dressers are the ones that you may not notice at first glance but then do a double-take just as they walk past, thinking 'Wait, what the hell was that? I have no idea what I just saw, nor why I liked it so much. I can only sense that there was something awesome about what just walked by."

Most often the guy who's back you'll be staring at is...Japanese.

First, because there are many more women at Pitti than you would suspect -- the street shots focus on the men only, so we get a false impression that it's all guys at Pitti.

Second, because where the men are well-dressed, the fine females are never far behind. What's interesting though is that these pretty women of Pitti are often dressed in ordinary outfits, like real people, not fashion models. It makes them even better looking because the whole vibe of Pitti is about impeccable taste, not high fashion.

7. What were the trends at Pitti 86 and any advice for next year?

1) Okay, first, leave your blue blazer and white chinos at home, for mercy! Too many blue blazer outfits -- I thought I was going to have to start a bonfire to rid Pitti of blue blazers (preferably of the unstructured boiled cotton variety with patch pockets, all the rage on the internet these past 5 years...)

2) Second, go mocs & no socks. Ok dub monks are still popular, but if you take notice of trends, suede tassel loafers with bare ankles are it. And, for obvious reasons, break your new shoes in before you wear them to Pitti.  Four full days of wear should do the trick.

3) Double-breast it: You'll never see so many DB's in one place. This is your chance to wear that DB that you never get to wear at home.

4) Solaro show. You'll also never see so many Solaro suits in one place. Makes you wanna own one. Damn.

5) Crazy pastel colors. So many lime green jackets...the kind that you know will never catch on, but to the owners it must've seemed like a good idea at the time to get noticed at Pitti. Live in hope.

6) Can you spell spalla? It's as if no other shoulder style existed. If you want to stand out at Pitti, leave your natural shoulder jackets at home and pack a Savile Row or Parisian Bespoke roped shoulder. Everyone will stare at this innovative style, no one will have seen it for at least the past 10 years at Pitti.

Whatever you do, don't be seen taking pictures. There are two kinds of people at Pitti: those who take pictures and those who get their pictures taken.

You cannot belong to both groups. If people see you taking a picture, they will deem you unworthy of getting snapped. You must learn to walk around like you own the place. Shake hands with famous people like you're buddies, and the Pitti paparazzi will snap you, they will assume you must also be famous.

And whatever you do, never ever notice any  photographers. They will ignore you if you seek them out. The clever guys like Lino Ieluzzi have it all figured out: they spend all afternoon getting snapped from afar while pretending to be on the phone. Believe me, it's all a show, learn the rules and have fun with it.

The terrible thing about Pitti is that it's a Sartorialist's shopping nightmare: the most beautiful products in the world are on display but you can't buy a thing unless you want to order a hundred of them in bulk.

It's a wholesale game which means prices are quoted wholesale--quite an eye-opener when you're used to paying retail: e.g. a beautiful pair of handmade shoes may be presented to you at 250€, and you soon learn that they will be sold 1250€ retail! When you hear these prices, you want to buy up the whole stand right there on the spot. 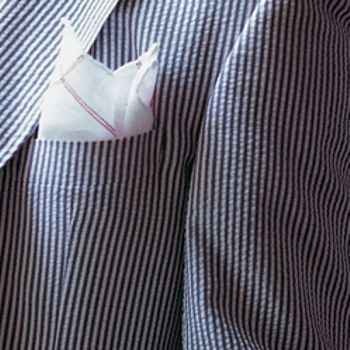 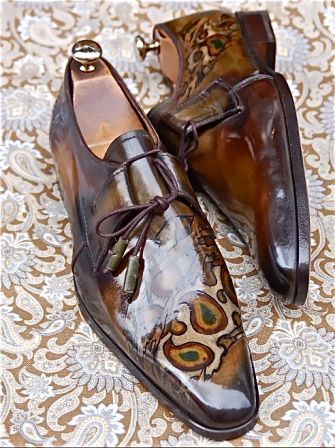 An Epic Sartorial Walk Through the City of Vienna 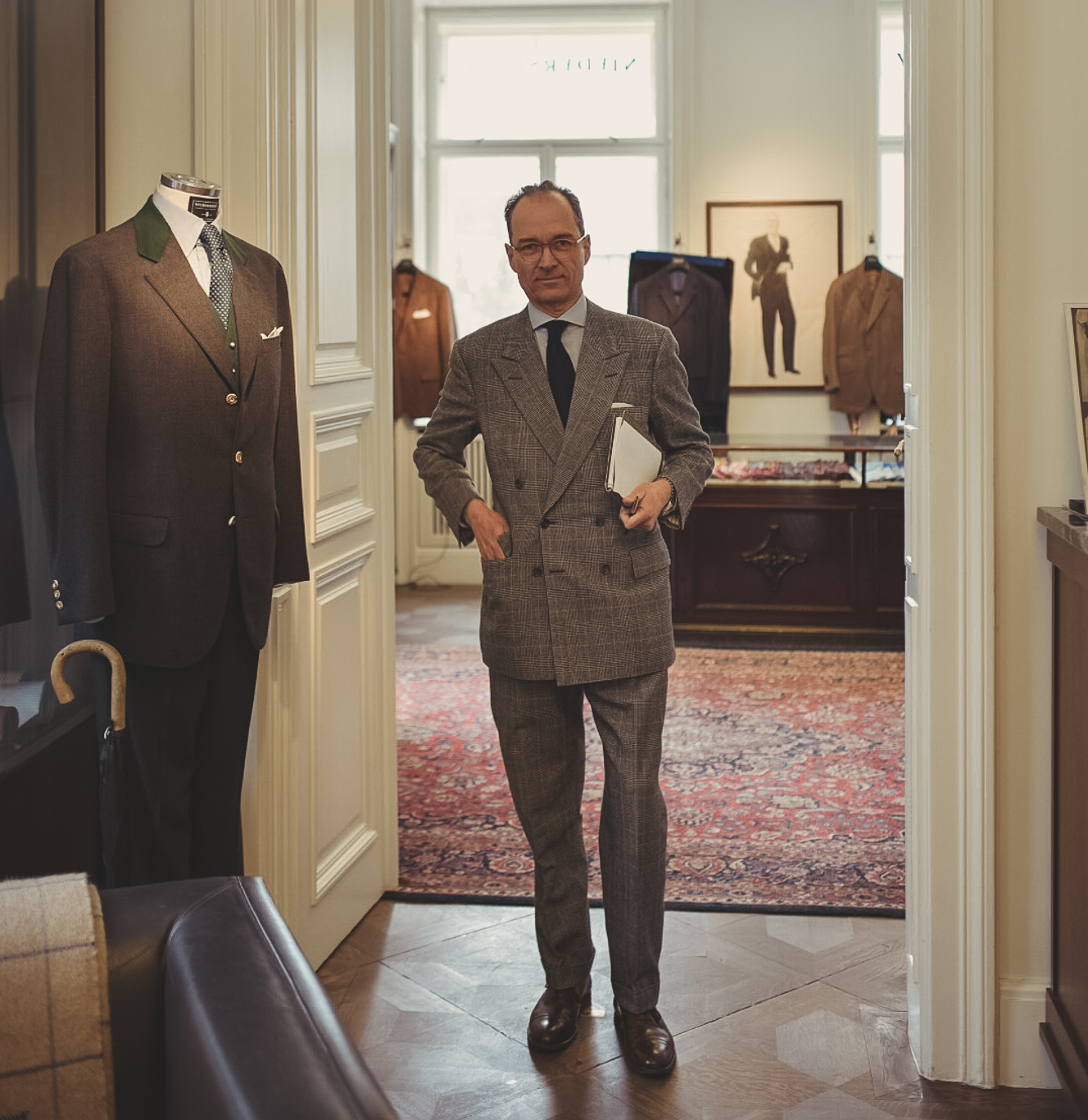