Who invented the suit and will it become extinct? (VBC Fabric Academy 4) 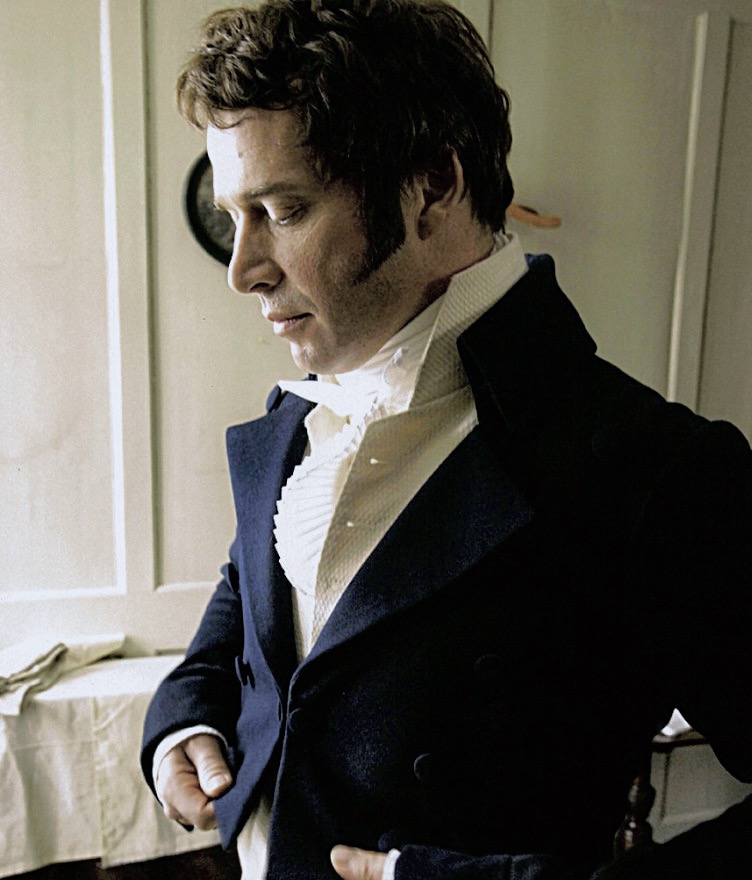 Will the popularity of the suit as we know it today go down in history as one of the most elegant eras in men’s style? While future generations likely won’t wear the suit (of today) forever, in order to imagine the future, it helps to look to the past.

If you like science fiction films, then you’ve noticed most futuristic men in sci-fi movies don’t wear suits. On the flip side, when you visit a historical art museum, you’ll notice that paintings of people from the 1600s don’t show men wearing classic suits either.

You may know the story of George “Beau” Brummell, who dressed so well that he caught the attention of the Prince Regent (the future King George IV). The Prince became so enamored with Brummell’s knack for elegant style that soon after introductions, he and Beau became fast-friends.

Although their friendship ended a few years later when Mr. Brummell poked fun of the Prince’s portly figure, the famous story of Beau being the inventor of the modern suit has endured.

Known for his savvy for elegance and for taking up to five hours a day to dress, Brummell dramatically changed the minds of men in regard to the rules of how men should dress. Beau refused to wear knee breeches and stockings in favor of fitted and tailored full length trousers.

He favored dark coats with linen shirts and well-tied cravats/neckties. If we calculate that this kind of suit made its introduction just after 1800, it would mean the invention of the modern suit (with a few style variations) is a little more than 200 years old.

Two centuries may seem like a long time for a specific style to endure in menswear, but stop and think about the length of time “knee breeches and men in stocking-socks” stayed around in Europe. As the precursor of the suit, knee breeches worn with cutaway or frock coats entered the scene in (roughly) the late 1500s.

The Spanish propelled the trend around 1630, and the style quickly spread all across Europe and the UK, making knee breeches with stocking-socks a specific style pattern for around 250 years before Brummell debuted the classical suit.

Yet, what was the precursor to knee-breeches?  The Bayrische National Museum in Munich, Germany, features men’s hosiery emerging on the menswear scene around the late 1300s. During this time, many men in western civilization wore stockings or hosiery–what laymen call tights–with varying styles of jackets (short jackets called ‘pourpoints’ from 1350 and up, until ‘doublets’ became popular in the 1420s…For earlier history, see the excellent comment below). The wearing of hosiery appears to have started around the 1360s and continued until breeches came onto the scene in the mid-1500s. If this timescale estimation is correct, then the style of men in stockings with jackets lasted for around 200-250 years.

Of course these are rough estimations of different eras of men’s clothing in western civilization–serving only to point out that a particular men’s style can endure for a few centuries.

ARE MEN DUE FOR A STYLE CHANGE?

If history repeats itself, then there could be at least one major change in classical men’s dress in the next 50 years and such a change could endure for another couple of centuries.

“The tailored wardrobe as we know it– suit, shirt and ties, leather shoes — has had a long go of it, hasn’t changed much at all in 150 years, which is an incredibly long time when you consider what’s happened in science–think of transportation, medicine, and technology [developments] in those years. We can have a nice cup of coffee 50,000 feet in the air, and all the while be dressed the way we were a hundred years ago.”

You’ve heard the saying “don’t throw any clothes away because they’ll eventually come back in style”. While this saying could apply in your lifetime, certainly every men’s style statement under the sun has not yet been invented and the practice of recycling old styles in order to find new styles will eventually play itself out.

History tells us a story if we will only listen.

STYLE ICONS OF THE PAST

Unless you’re a societal hermit, you’ve noticed that elegant male dressers from the past are looked to for sartorial inspiration.

Many men are borderline-obsessed with the classic style of the 1930s and 40s–when men in the Western world dressed up most every day (which gave these men a lot of practice at looking good in a suit).

The media feeds our appetite for nostalgia with doses of sartorial delights like the Cooper-Astaire-Grant heyday and pinstripe-clad gangsters from the prohibition era. We are further inspired by T.V. series like Boardwalk Empire with men’s heads topped with homburgs and fedoras and Mad Men corporates clad in vibrant mohair suits accentuated with skinny ties clamped soundly with a low-placed tie bar.

Vintage cloth can be beautiful, yet heavy vintage cloth can also be rough and nonporous. These fabrics can cause sweating during physical movement or upon entering a heated room and winter tweeds can feel like sandpaper grating the skin. Even pinstripes that look incredible in old photographs can lack luster and dimension in real life and beautiful dated mohairs can prick the skin like sudden dull needles.

Infatuation with vintage is a great thing, but comfort and the condition of the cloth is an undeniable factor. Try before you buy vintage wear to prevent problems. Note any irritation against the skin and any strange odors from humid storage conditions, as well as scour the fabric for holes made by scavenging moths.

Still, buying vintage can also be wonderful! For example, the great master tailor Gianni Celeghin in Legnano, close to Milan, recently crafted a stunning overcoat for me using an original 1950s vintage cashmere/silk fabric with an extraordinary result. There are indeed some glorious vintage pieces out there; but vintage cloth should be, in my opinion, well examined and never bought solely for the hype of the vintage experience.

Misconceptions about vintage fabric aside, it’s an eye-opener to discover that today’s fabric technology is able to recreate the same vintage look of the past while erasing issues of comfort, porosity, heaviness, odors, poor storage issues and cloth damage.

Newly produced fabrics with vintage aesthetics have the ability to create the same emotion vintage fabrics create through dimensional effects, beautiful textures, replicative patterns, and reproductions of bulky wools that are breathable and comfortable to wear, and in some cases even resistant to weather elements.

If you’re a lover of vintage, don’t assume that vintage fabric is always superior to new fabrics–although sometimes this may be the case. Instead, reserve judgement and base fabric selection on a case-by-case scenario.

THE MAD SCIENCE OF ROBERTO BOLLO

Similar to a “nose” in perfumery (the artist behind the fragrance), VBC Textile Designer Roberto Bollo focuses on balancing visual pleasure with fabric functionality.

Mr. Bollo is fast on his feet and a sharp-shooter when it comes to working with color and patterns.

His father was a textile designer too, and often took young Roberto to the wool mill to teach him about different types of yarns and to explain the build and make of various weaves. From then on, Roberto imagined creating clothes from yarn and tinkering with the technical side of the textile world.

As a young boy of 14, he attended the State Technical Industrial Institute “Quintino Sella” in Biella, to learn the technical rudiments of becoming a cloth designer. After completing school, he became an intern in women’s wear and quickly landed a job contract, where he worked for 20 years–moving up to the position of Style Manager, before joining Vitale Barberis Canonico in 2010.

Roberto admits that working in women’s wear with different yarns and unexpected weaves has been one of his great secret weapons when it comes to innovation in menswear, and he adds, “There’s everything you need in the yarn and the weave”!

His latest mission? Find new colors and unique fabric textures that please the eye, feel good on the body, and eradicate the need for lining in a coat or jacket by working with 2-ply fabric…all the while increasing the performance of the cloth.

Roberto lives by a unique motto : stylistic disobedience has the power to confer personality.

He seeks to answer the question “What hasn’t been done before?” and to break away from the humdrum framework of menswear-as-usual.

“Visual impact is big. If a suit fabric pleases the eye, then men will be drawn to that fabric. But sometimes function becomes as important as visual impact. Suddenly, when a man finds a way to merge beauty and style with comfort in situations where he has had problems in the past, and solves problems that come with overheating, discomfort, and disagreeable weather, he doesn’t want to go back to the old way of doing things.”

We asked Roberto to choose two of his favorite fabrics for us to feature:

While you may not like double-faced people, it’s easy to fall in love with double-face fabric.

There are two ways to make double-face fabric: the industrial method joins two textiles with adhesives, while the other method, used by VBC, is more natural but takes a lot longer to produce, as cloth is made with weaves that join two layers of fabric by fine threads (called binding weft) instead of using glue. The ‘hand’ of this type of fabric is fluid, unconstrained and soft—a result of highly sophisticated research and development work.

Vitale Barberis Canonico double-face uses finely worsted carded yarns for the binding weft. The worsted yarn allows the fabric to open by using specific machines so that two pieces of fabric stay together with threads, thus completely eliminating the need for any type of lining in a coat or jacket.

In the 1950s, connecting two pieces of fabrics was not uncommon, but later, fabrics lightened in weight and almost all men’s garments came with lining, unlike women’s clothing–which continued to innovate with double-face cloth.

The recent refinement of double-face technology is a great development in menswear, as overcoats made in the fabric invite extreme comfort, vintage-like appearance, and high performance.

Seersucker is a fresh fabric with a puckered surface and can be checked, striped or micro-gingham. The fabric originated in India, where it was created by alternating warps of silk and cotton.

The fabric became a Southern U.S. specialty in 1907, when a New Orleans merchant sought a light weight suit that could handle the hot and humid conditions of Louisiana. Blue and white seersucker soon became the rage, with the name paying homage to the Persian term “milk and sugar” for its dimensional textured weave. However, the invention of air conditioning lowered the demand for Seersucker, and the suit became more of a novelty than a necessity.

Yet, in the 1990s, a Mississippi Republican Trent Lott revived the popularity of the seersucker suit by instating “Seersucker Thursday” during summers on Capital Hill and added “The Senate isn’t just a bunch of dour folks wearing dark suits and– in the case of men — red or blue ties”.

Vitale Barberis Canonico still weaves seersucker (90 percent cotton, 10 percent silk) in the traditional way, while other manufacturers, instead of using silk, resort to shrinking polyester yarn to get a dimensional affect (polyester is thermo-sensitive and shrinks at about 40° C).

VBC uses a specific weave to accentuate the pucker, followed by a clear water wash that results in a magnificent three-dimensional effect, with absolutely no use of synthetic elastic yarns. 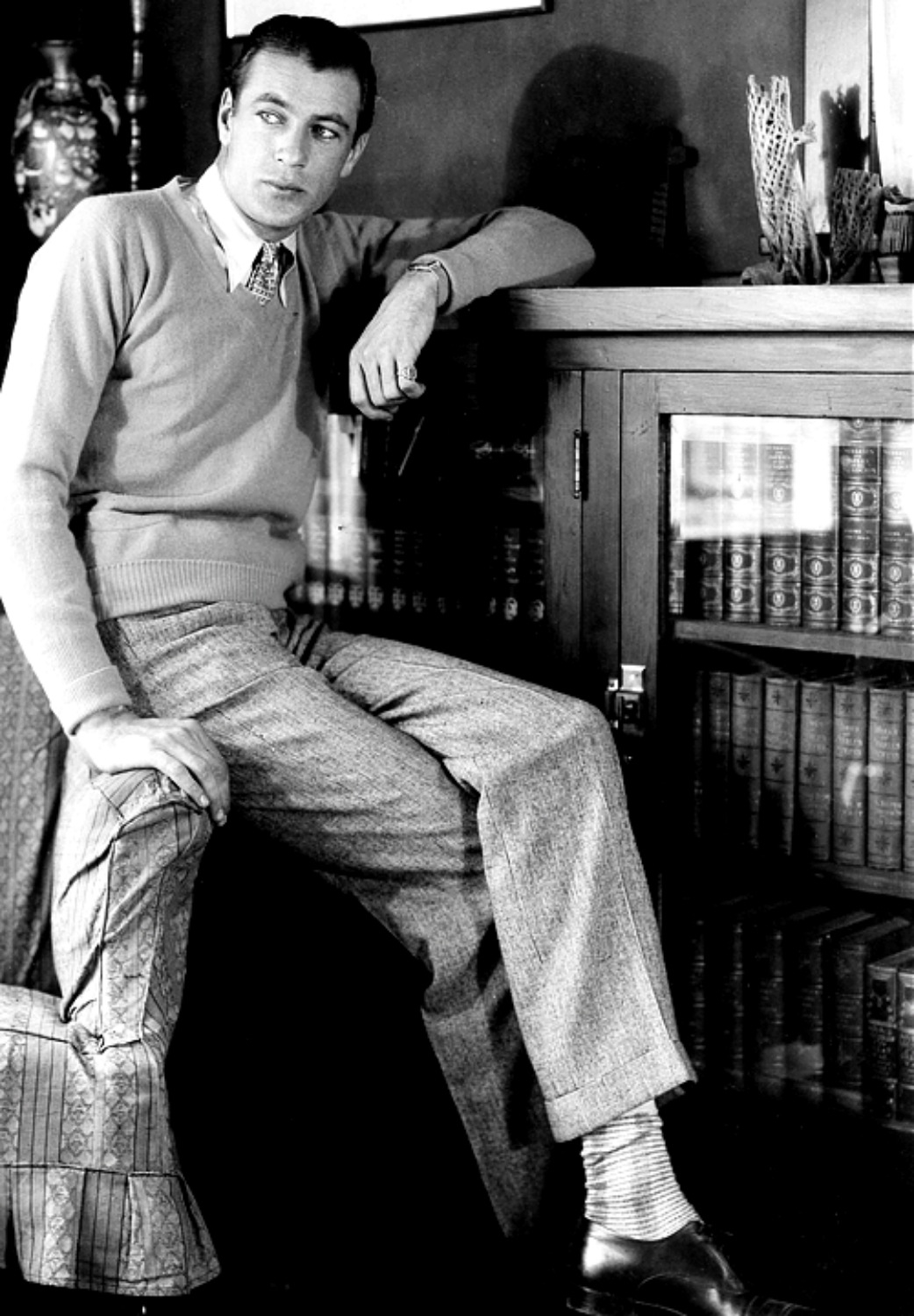 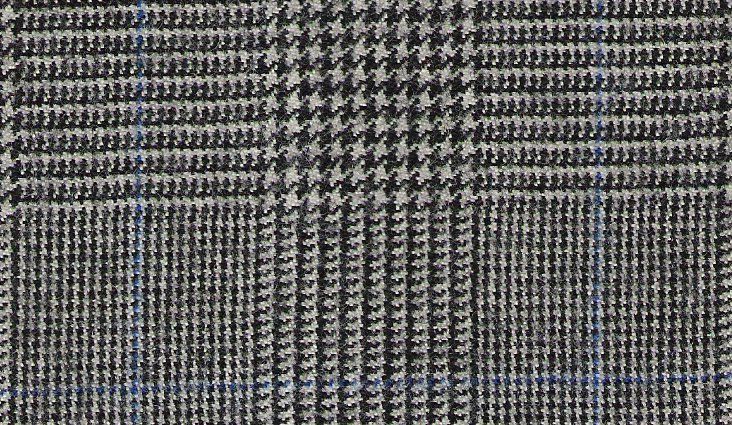 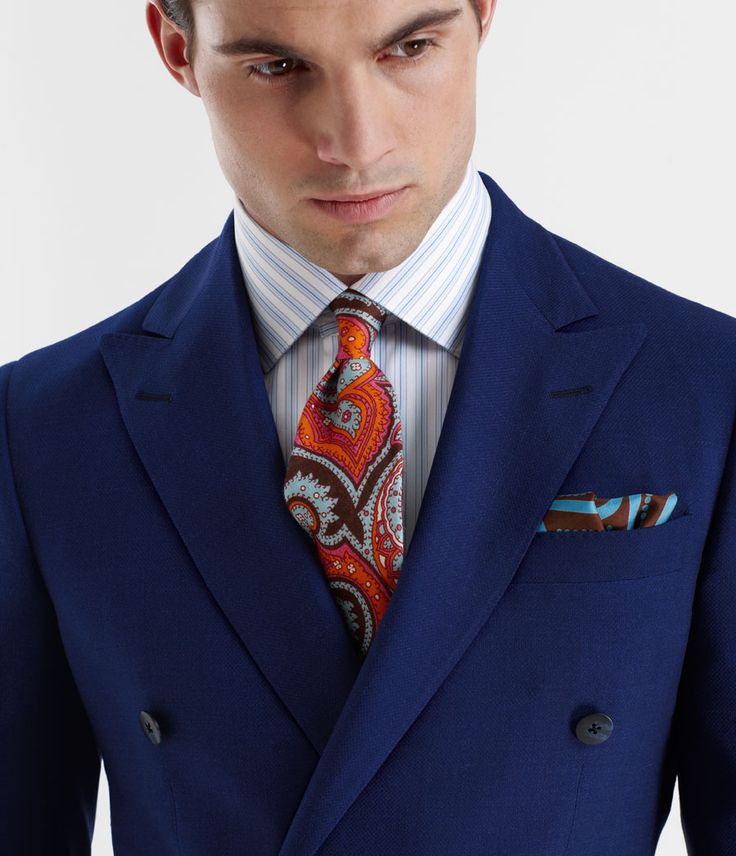 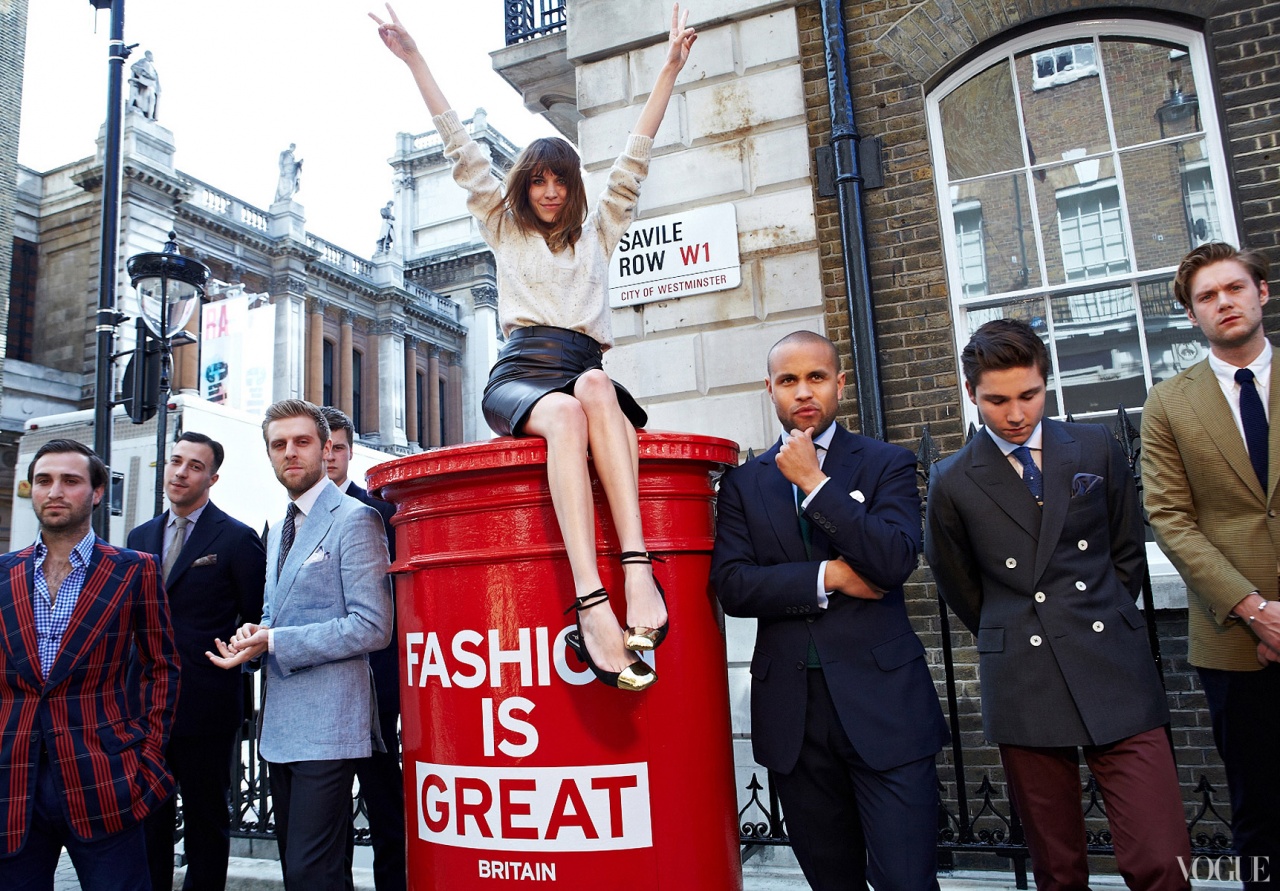