The Skinny on Suit Button Stance 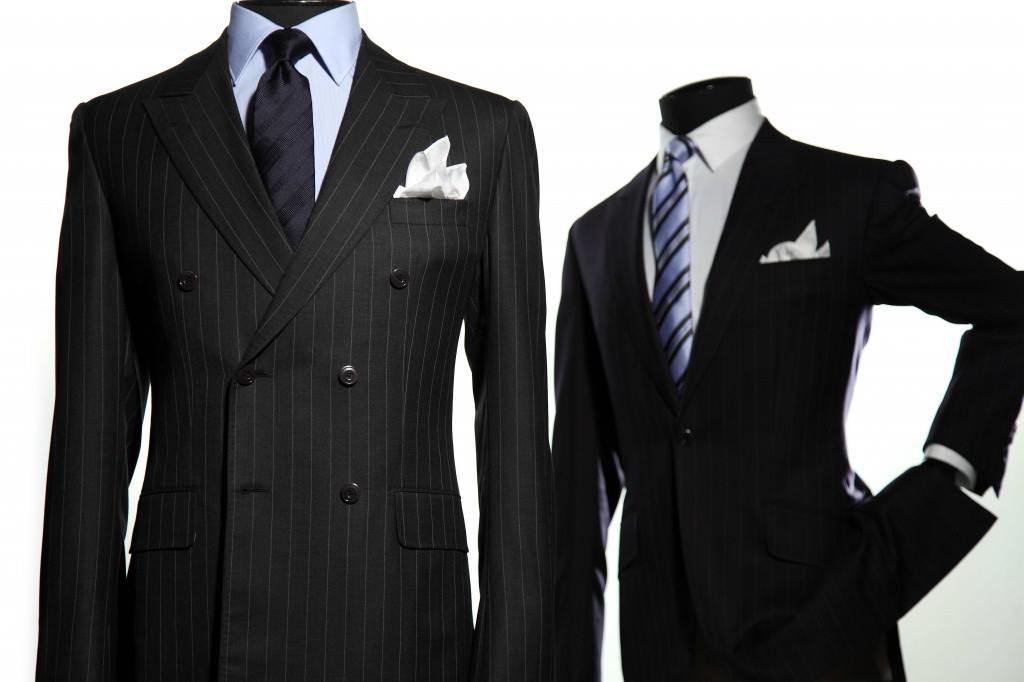 The term ''button stance'' may sound complicated at first; but, in reality, vertical button stance simply describes where the waist button is positioned on a coat (regardless of how many buttons are on the coat).

With this simple definition in place, button stance can affect two main things on a suit:

1. The shape of the V created on a suit coat.

2. The perceived position of the waistline on a suit coat.

To understand which button stance(s) works with different people, take a look at an example of different body types:

The simple exercise of placing your computer's cursor on the above body types in different positions around the waist area to experiment with different button placements will give you an idea of which button stances compliment the corresponding body types.

According to Alan Flusser, in Dressing the Man, "The placement of the coat's waist button should divide the body so that the torso and legs appear at maximum length." Flusser's definition is challenging since lengthening both the torso and the legs can require a bit of intuitive genius (since lengthening the appearance of the torso through tailoring modifications may have the opposite effect of shortening the legs, and vice versa). Of course, to lengthen the appearance of both the torso and the legs, button stance is only one element that comes into play to win the challenge, as coat lengths, pocket placement, cut style, and design work together to make up the overall silhouette.

THE FIRST EFFECT OF BUTTON STANCE: Defining V-Shape on the Coat Lapel Line

A low button stance puts the waist button slightly below the body's natural waistline. If the waist button is the top button, then the button placement will create a elongated V shape on the coat, and ample shirt and tie area will show beneath the coat.

Even a natural coat waistline (which puts the waist button precisely at the waistline) yields similar results as that of a low button stance, as the V shape is also generally elongated with a good amount of shirt and tie showing near the lapel, as shown in the photo below. To find your natural waistline, bend to one side and note where the crease forms on the skin to pinpoint your waistline location. Or, locate the narrowest part of the torso between the ribs and the hips.

Both a low and a natural button stance can create a nice V-line drop on the coat, if the top button is the waist button. This longer V shape can help create the perception of a lengthened torso. This is good news for men who struggle with excess weight around the mid-section (i.e., triangle shaped bodies), as the look of this silhouette is improved with the appearance of an elongated torso.

In the following photo of Australian bespoke tailor J.H. Cutler, who has a larger frame, notice that the button stance appears to be slightly low or natural (at the waist) on this 2-button suit coat and the V shape is elongated, revealing ample shirt and tie area---thus, lengthening the upper silhouette.

A natural or slightly lower button stance is very versatile among body types. And, with the exception of the extraordinarily tall/thin body, or the man with a long torso and shorter legs (who will want to avoid elongating the appearance of his upper body even more), most all body shapes seem to easily accommodate a natural or slightly lower button stance. However, an extremely low button stance is reminiscent of the look during the 1980s of loose and oversized American suit coats, and is not something we see being worn much these days.

A high button stance places the waist button on a suit coat above the navel and seems to be trending of late. In this case, a more narrow V-shape is created on the coat, with less shirt and tie area exposed beneath the coat, as in the Paul Stuart example below:

A high button stance is best worn by men who have balanced body proportions. On a man who has an average frame and whose body is balanced proportionately, a high button stance showing less shirt and tie beneath the coat can work well, creating a nice panache style. Also notice in this example how the bottom half of the body is elongated with a higher button stance, which can be a nice option for a person with short legs and a long torso.

While Rhomboid or Rectangle body types seem to be able to wear a higher button stance without fault since these types of bodies are naturally balanced, on the contrary, a man shaped like a triangle or oval might do well to avoid the high button stance, since the body may appear to "balloon out" beneath the higher waist button on the coat.

Or... you could just ignore all of the so called "rules".

At some point, you may throw all the rules out, and just go with your own intuition in regard to style, as Winston Churchill, who worked with a large body frame (and who ignores the button-stance-guideline theories set here) is an example of a man who set his own rules and stuck by them with arguably good results.

A SECOND EFFECT OF BUTTON STANCE: Raising or lowering the waistline.

When the waist button on a coat moves up or down, the subtle effect of shifting the perceived position of the waistline also occurs.

A high button stance raises the perceived position of the waistline.

A low button stance lowers the perceived position of the waistline.

If your natural waistline falls lower or higher than you would prefer, you have the opportunity to shift the appearance of your waistline in either direction, simple by specifying the button stance of your choice.

The illustration below by Style Forum's ' imageWIS ' does a nice job of demonstrating the effect of raising or lowering the button stance on a suit coat, and shows how to accomplish a perceived shift in the positioning of the natural waist line.

SOME THOUGHTS ON HOW TO USE BUTTON STANCE TO AN ADVANTAGE

A man shorter in stature, if his torso is long and his legs appear short in contrast, may elect to raise the natural waistline to lengthen the appearance of the legs. If a shorter man has less torso and longer legs in comparison to the top part of his body, he may select a natural or slightly low button stance to increase the appearance of height in the upper body. In either case, as a side note, the use of items  high upon the body, such as bold ties, high-set tie pins and lapel buttons/flowers, as well as noticeable shirt collars and pocket squares are a good idea for the shorter man, as the eye is drawn continually towards the upper part of the body, increasing the perception of height.

Most button stances will work with this body shape. However, since a wide chest is naturally accentuated with an inverted triangle body shape, a 3 button suit with a high button stance and a buttoned-up third button will create a short and wide V shape on the lapel line, which results in widening the appearance of the chest even more, which could make the silhouette look top heavy.

With a heavier frame, if the body is wide specifically in the mid-section, a man may do well to elect for a natural or low button stance in order to vertically elongate the appearance of the upper body. A high button stance may serve to only accentuate the lower body and defeat the goal of a balancing the silhouette. Aside from button stance, the main mistake that a man with the triangular body shape can make, is buying a suit that is too large. A reasonably close fit is the heavier man's best tool in refining his silhouette.

A heavier frame with balanced proportions has more flexibility in selecting a button stance. There has been some debate as whether a high or a low button stance looks best on a heavier set man with an oval body frame. Some hold the opinion that a low button stance creates a nice V-drop with good silhouette elongation effects, while others claim that a high stance can create a smaller perceived waistline and prevents the typically lighter colored shirt from drawing attention to the size of the body. Winston Churchill appears to have an oval body shape, which could explain how he is able to wear a high button stance, as his entire body appears to be relatively balanced compared to the large-framed man with a triangle body shape.

The 3-button suit is its own phenomenon, and has made a few bleeps on the sartorial radar recently. Considered conservative, outdated, and cutting edge all at the same time, we see a conflicting array of reactions from others towards the man who wears the 3-button coat. With such a coat, the V shape is obviously cut to a minimum and widened, while the button stance at the waistline can vary to some degree. All of the same principles above may apply to this type of coat in terms of manipulating the V shape and positioning the button stance.

We can't help but mention the wonderful V shape created by the double breasted suit. Generally with a natural button stance,  many body types are able to make the double-breasted suit an excellent choice to create an elegant silhouette. The double-breasted suit not only yields the look of a strong chest and shoulders and the  appearance of a substantial torso (combining the V-drop with the 6-button design), but can also elongate the legs, with ample uninterrupted coat fabric draping towards the lower body. While specific body types like a heavy framed man and a gentleman shorter in stature may need to commission a handmade suit to achieve the desired fit, it is entirely possible to do so, as demonstrated in the example below of Daniel Radcliffe, who measures at just 5'5" (1.65 m).

Mr. Radcliffe has elected for what appears to be a natural button stance with a reasonable V-drop (along with a slightly shorter jacket  to emphasize the length of his legs). This combination of making the waist appear elongated and the legs appear lengthened rattles the perception that shorter men cannot wear double-breasted suits.

Finally, for all of our efforts towards immersing ourselves in this delectable, sometimes frustrating, but almost always rewarding, if not enlightening, suiting wonderland, as Einstein once said, "any fool can know, the point is to understand".

With the goal of understanding, we see that standards about how we dress can be set in stone or incredibly fluid, and that there is no substitute for experience when developing a persona that speaks to others about our internal selves. And, at some point in the process, I think that eventually we realize that "dressing ourselves" has very little to do with clothes, yet has everything to do with emotion. 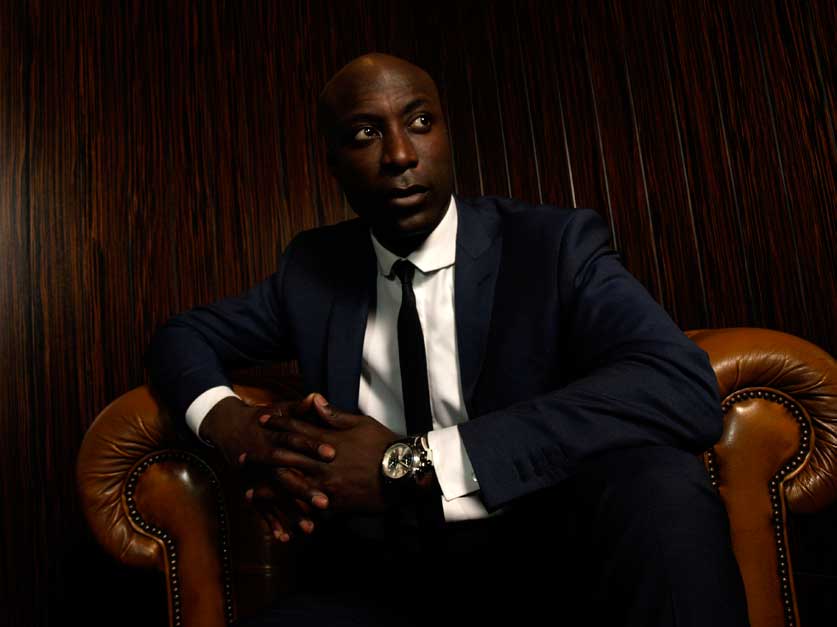 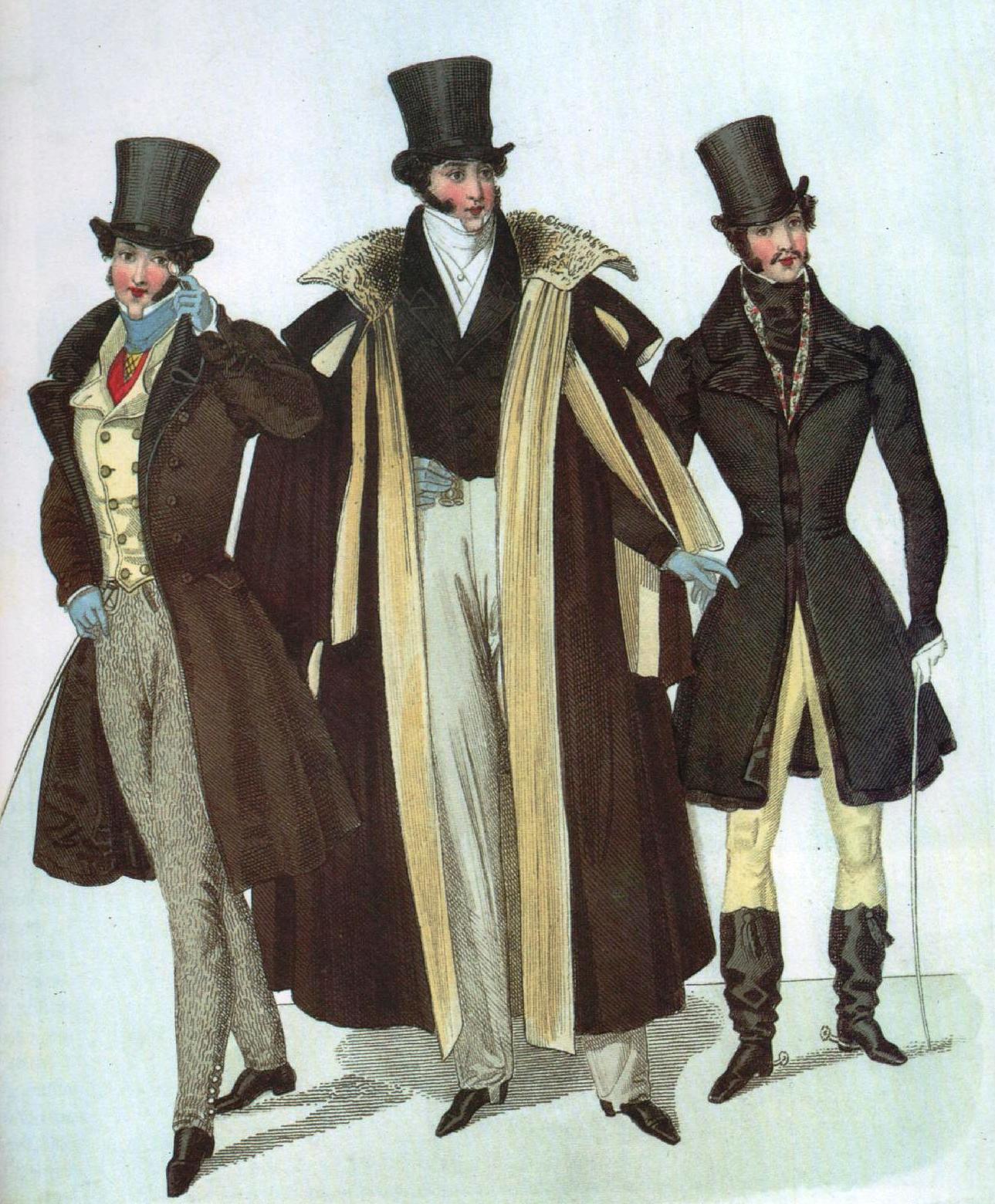 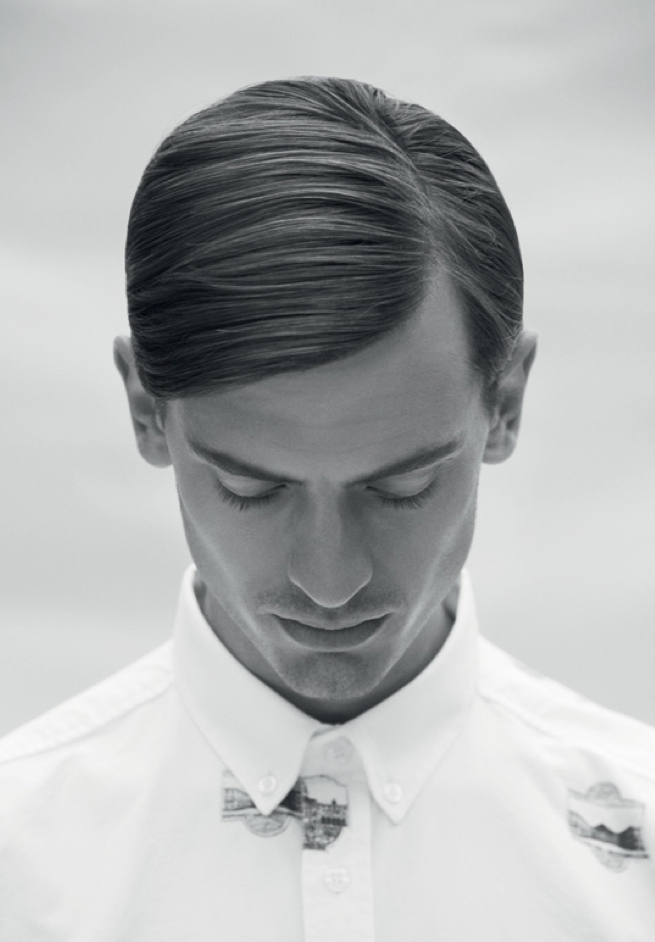 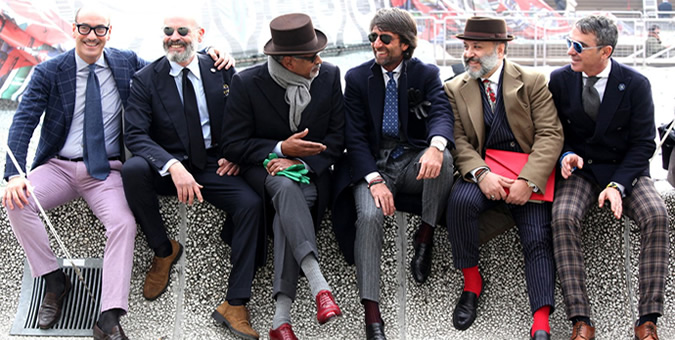