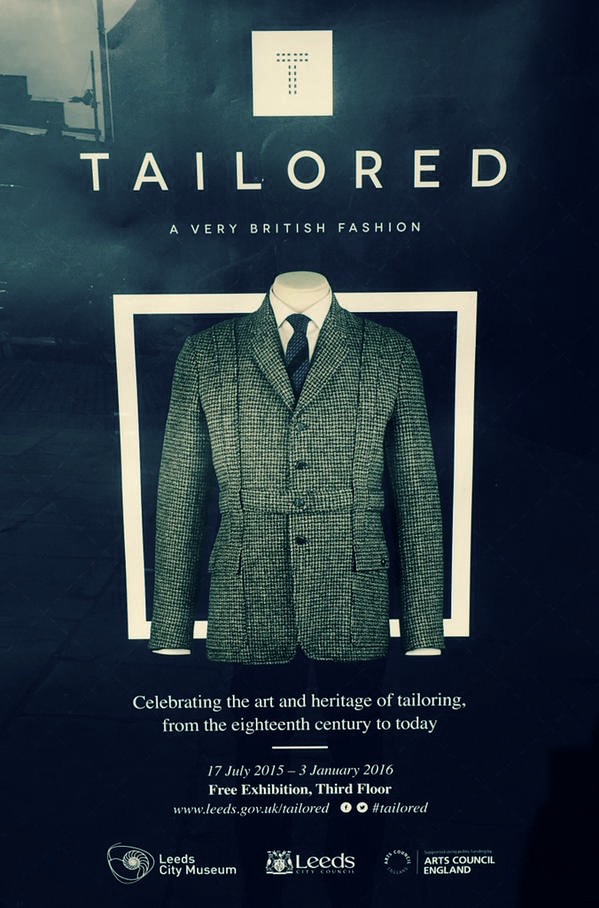 The current edition of The City Talking, a free newspaper spotlighting cultural activities and events within Leeds, conjures with the issue of imagination and memory. The paper’s editorial reflects that :

Nostalgia and memory are powerful forces in the streets, where people will still give you directions based on buildings and pubs and shops that haven’t been around for years. That might be because people prefer things as they were; or because they imagine things that way: imagination plays as big a part as memory in constructing a city of the past.

Memory and imagination assume an equally important role for those involved in bespoke tailoring–an industry based on techniques refined through generations and characterised by a flexibility towards the individual requirements of discerning customers. Memory and imagination are two of the major themes explored withinTailored: A Very British Fashion, now open at Leeds Central Museum.

Often, sartorial stories within Britain focus on the city of London because of the cultural and commercial significance of Savile Row, when in fact, a story told about the suits crafted along the world’s most stylish street should begin many miles further north, in Yorkshire, where the majority of cloth produced within the British Isles still originate.

From the Middles Ages into modernity, and from princes to people of less exalted rank, the East Midlands and Yorkshire have been the pre-eminent suppliers of wool and woollen cloths for domestic and continental consumption.

The number of Leeds-based tailors has now declined, but when I spoke with people at the opening of Tailored on behalf of Parisian Gentleman, including museum curators Ruth Leach and Natalie Raw, many told me of relatives, close and distant, who had, or still worked to support the city’s cloth trade which reached its peak in the first half of the twentieth century when manufacturing suits for Montague Burton’s eponymous company.

Burton wanted to democratise – and overhaul – the way men dressed by bringing the traditions and quality of the bespoke tailoring industry to people who lacked the knowledge and funds to consider purchasing a suit directly from a tailor. A shrewd businessman, Burton collaborated with Hardy Amies, a Savile Row tailor whose sartorial instruction continues to win new acolytes today through his influential book, ABC of Men’s Fashion, which was originally published in 1964 and reissued in 2009.

Danielle Sprecher, a PhD student from Leeds University, whose research spurred the idea for Tailored, told me Burton recognised the advantage of using London’s sartorial cachet to sell his suits with labels which claimed “London manufacture” when they were, in fact, made 270 kilometres further north in Leeds. Danielle also told me of stories – unconfirmed – that Savile Row tailors might have sent their garments to Leeds for alteration, a striking acknowledgment of the city’s tailoring skills. Again, we are reminded of the opportunities and constraints provided by memory and imagination.

Inevitably, the history of Burton is represented in Tailored, but the themes of imagination and memory are also creatively explored; a chronology at the entrance to the exhibition is really the only nod to conventional clothing curation.

The first item visitors see is a garment merely days old, a bespoke two-piece suit in a grey woollen cloth. The suit was commissioned specifically for Tailored and amply embodies the story of Leeds’ sartorial contribution to Britain’s clothing industry.

Here is a suit made by a Leeds-born tailor Kathryn Sargent, Savile Row’s first female Head Cutter and owner of an eponymous tailoring shop in London’s Mayfair, using fabric designed by Leeds-educated fashion student Cathryn Harrie and manufactured by Yorkshire’s Dugdale Bros & Co, which has traded since 1896.

By abandoning strict chronology, Tailored’s display of garments, (which are arranged in pairs or groups of three) is compelling and dynamic, intimate without ever being too intense.

The artful juxtaposition of garments within the exhibition – a velvet dinner suit from the Sixties, commissioned from Savile Row tailor Blades, is placed next to a formal dress coat belonging to a member of the British monarch’s privy council – heightened my awareness of the authority that can be conveyed by tailored garments, whether the person wearing them is partying or in politics.

The use of carefully selected portraits also makes it possible for visitors to do some imagining of their own, as in the case of John St Helier Lander’s 1925-portrait of Prince Edward, Duke of Windsor, wearing a loose-fitting Fair Isle jumper and clutching a white terrier under his right arm, which is positioned next to one of the Duke’s double-breasted suits made by Scholte (trousers) and Foster & Son (Jacket) in 1932. And near to garments worn by a prince of the realm, there is a jacket belonging to a former prince of pop, Beatles’ drummer Ringo Starr.

Clothing worn by men predominates, but the exhibition does include garments tailored for women and children, creations of fashion designers Alexander McQueen and Vivienne Westwood, and new, conceptual pieces from students who had competed to design a garment for cloth manufacturer Alfred Brown. The winning design by Harriet McHugh was based on the military parka and the irreverent clothing combinations of the Congolese Sapeurs. The jacket will be showcased at Milano Unica, a textiles and accessories trade show, in September.

Tailored makes intelligent and creative use of the existing collection of Leeds Central Museum. A few select borrowings from Historic Royal Palaces and the Victoria & Albert Museum complete the story and make this an appropriate tribute to Leeds’ contribution to Britain’s sartorial heritage.

But the bespoke suit of Kathryn Sargent and the experimental design of Harriet McHugh demonstrate that this sartorial celebration is as much about imagination and thinking of future possibilities as it is about memory. In this regard the exhibition does much to explain the enduring and international appeal of the tailoring industry.

Tailored: A Very British Fashion is a free exhibition that runs until 3 January 2016 at Leeds City Museum. The exhibition also includes workshops and tours for those interested in fashion, design and textiles.

All photos of the exhibition by Sara Porter 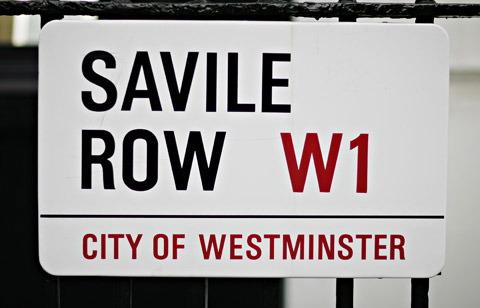 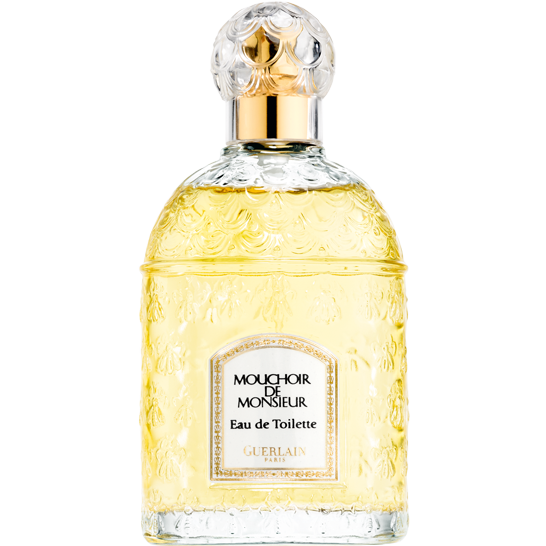 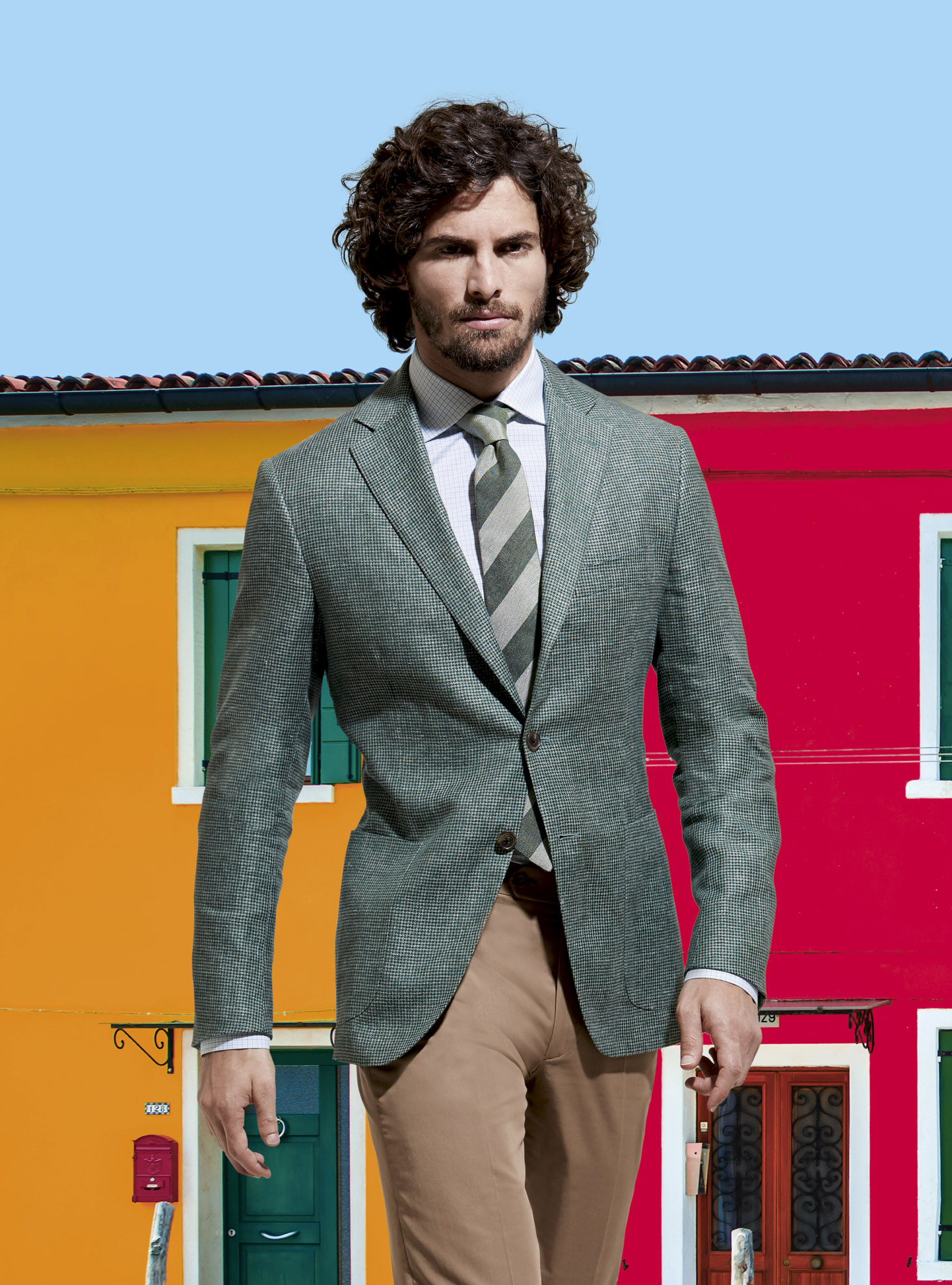 To be (or not to be) a Parisian Gentleman Reader 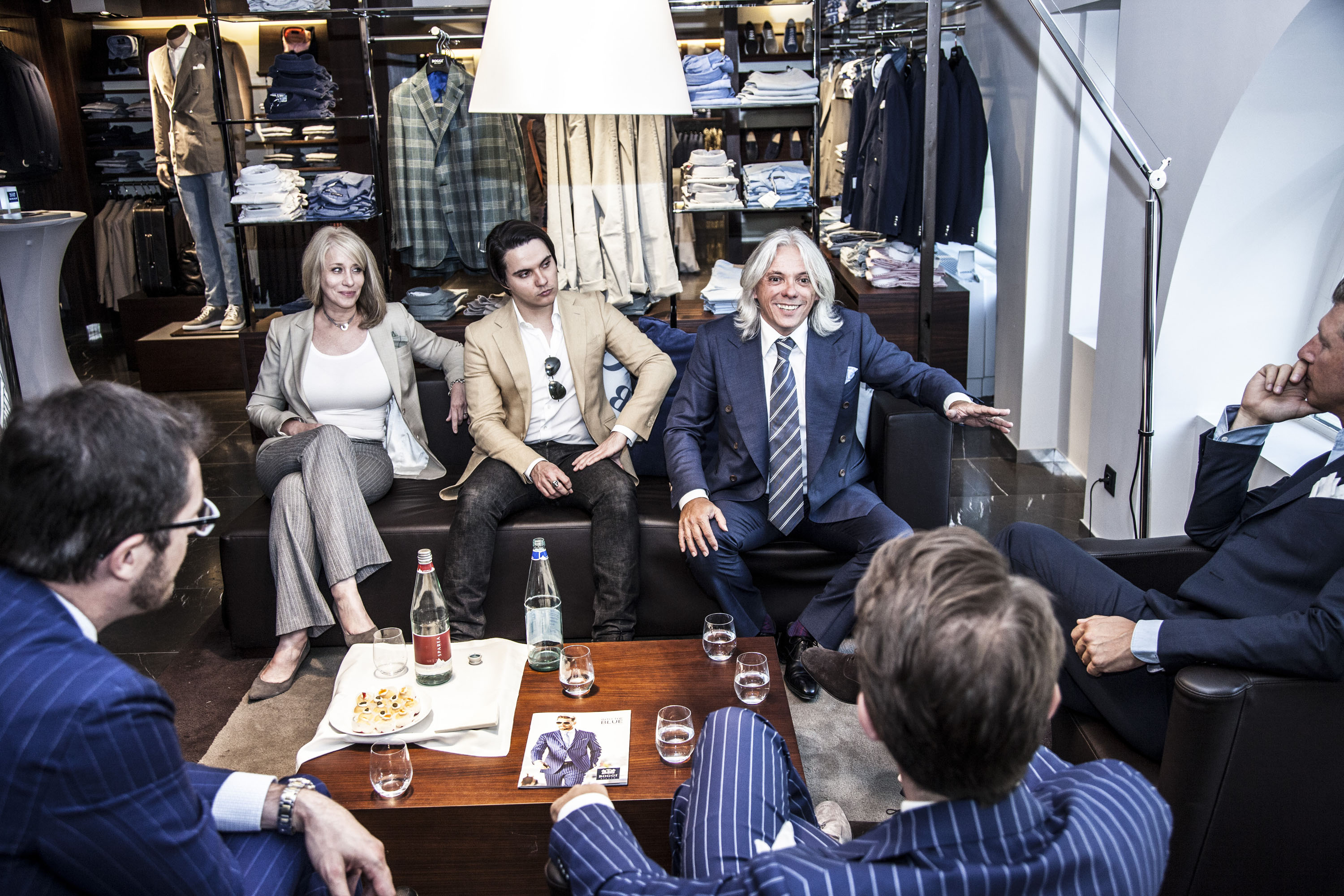