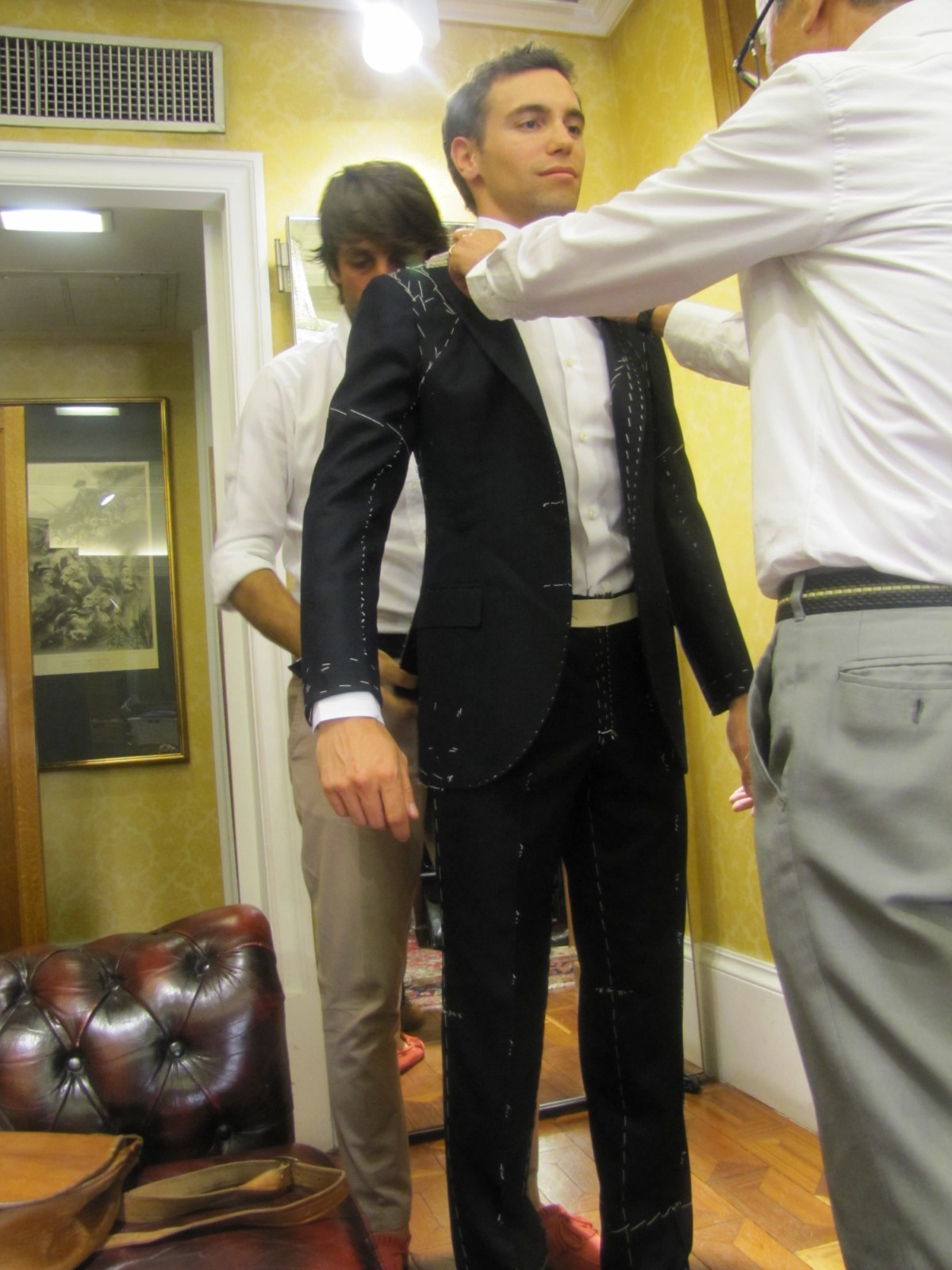 Today, we are delighted to publish, for the first time in our history, an excellent article written by one of our faithful reader : Mr. Paul F.Such a contribution is truly a joy, since it shows the loyalty of our readers, but also more importantly how we are building, month after month, a true community of passionate readers who stand for, in their own way, the values promoted through our site : authenticity, excellence, high expectations and  elegance as a lifestyle.

The article is about a Roman bespoke label not very widely known in France but which, according to our reader/reporter, is worth visiting for the impeccable quality of its work on suits, shirts and even shoes.Paul sent us, with lots of pictures, an account of his roman bespoke experience. I would like to extend to him my warmest thanks for the visual and editorial quality of his article. And if this inaugural contribution inspires you, PG reader, do not hesitate to submit your contributions. They will be gladly accepted if they are in line with the spirit of PG.

The RIPENSE House in Rome

A few meters away from the Piazza del Popolo and the Spanish Steps sits the boutique that has impressed me the most since I have become interested in the craftsmanship and making of bespoke clothing.La Via di Ripetta is not on the itinerary list of the average tourist, even though it is located only a street away from la Via del Corso.In fact, my steps were guided to this street by a Christmas present: the excellent Vuitton travel book 2010 for Rome, which includes a section on men’s clothing stores worth visiting.

The book raved on about the Ripense house and mentioned it could grant one’s every wish: from the simple shirt to an umbrella made of horn and wood, and from a cashmere sweater to a pair of crocodile shoes.I may venture into saying that my knowledge of bespoke has increased throughout the years, since I acquired my first JLR shirts and my Handson suit. I’ve since tried JLR, Tailorstore, Tailormail, Lucca, Courtot, Charvet and Ripense shirts as well as Handson, Smuggler, Marc Guyot, Michael Ohnona, David Diagné, Gieves and Hawkes, Camps de Luca and Ripense. To me, Ripense offers by far the best value for the money spent among all of them. Case in point: A Loro Piana super 160 suit for 2500 €.

Of course one must add Paris/Rome round trips to the bill, but let’s all agree that there are more unpleasant constraints in life than meandering through the steep streets of Italy’s capital.

Right from the start, the window display is a delight to look at and hints at all the choices that amateurs of sartoria will find behind the doors.

I rang the doorbell and was greeted by an older man who had quietly climbed the stairs from the basement workshop to greet me in Italian. I knew very little Italian back then and we instantly felt that things could get complicated.

But Gian Luca Bocache, in charge of the shoes, speaks just enough French and English to allow us to talk about the house's skills and what they could do for me. This is how, 4 hours before I was scheduled to depart from the city, I entered in the small boutique thinking I was only going to spend 30 minutes talking. I left 3 hours later after ordering a double-breasted blazer, a cashmere sweater, a pair of bespoke shoes and an incredibly light ready-to-wear shirt.

Then, the pleasant man introduced me to Andrea Luparelli, the tailor and in charge of taking the measurement:  a perfectly tanned Italian with a roman accent. They both had undeniable chic, and I was even surprised to find them photographed in The Sartorialist during the Pitti Uomo.Even though Andrea speaks neither English nor French, we understood one another immediately.When I gestured my preference for high armscyes, very fitted jackets and slim sleeves, his wide smile was enough to convey that the style of the house would fit my taste perfectly.

To show me their work, Andrea guided me through the basement workshop where the Neapolitan tailors worked. I tried on a jacket made for a man whose body shape was close to mine: a royal blue double-breasted jacket with two buttons. Up until that point, I had always been adamant that I would never venture into DB jackets before the age of 30.In only 5 minutes, I understood that I was going to change my mind and order one. I added a su misura cashmere sweater and a pair of shoes to my order.

A month later, I met with Andrea and Gian Luca in a Paris hotel near the Sorbonne for my fittings. I was pleasantly surprised that they had come all the way to Paris for free, but I still went back to Rome in mid-July for a second fitting.

Pictures are often worth a thousand words and I leave it up to you to assess the first “draft”. It exceeded my expectations, but the length of the sleeves needed to be shortened (please disregard the shirt that I wear on this photo, I had to borrow it for my fitting).

The first shoe fitting revealed the need for more intense work, including in length and in width, and I feared that I would be disappointed at the next fitting. But Gian Luca quickly showed me that the praise from Vuitton was well-deserved : the shoes turned out perfect and impressively comfortable.

At my first fitting in Paris, I also ordered a midnight blue wool suit (super 160 Loro Piana) and a zephyr cotton bespoke shirt.

I was back in Rome last weekend, and what I tried on surpassed all my expectations. The suit and vest are pure bliss to wear and they feel like a second skin and give me complete freedom of movement like I have never felt before (my Camps de Luca suit is still not finished).

To describe my Ripense experience, I would simply say that it is what I consider sartorial perfection. I know that bespoke is a very subjective experience, but I probably have found a house that will follow me for a very long time. I simply urge you to go in and talk to these artisans who offer their Italian talent and skills at a very attractive price.

‍Since this article was first put on line, Ripense has specified some prices quoted by the author, including for shoes and crocodile belts. 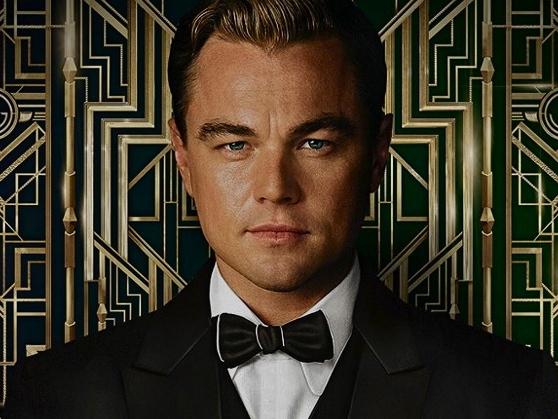 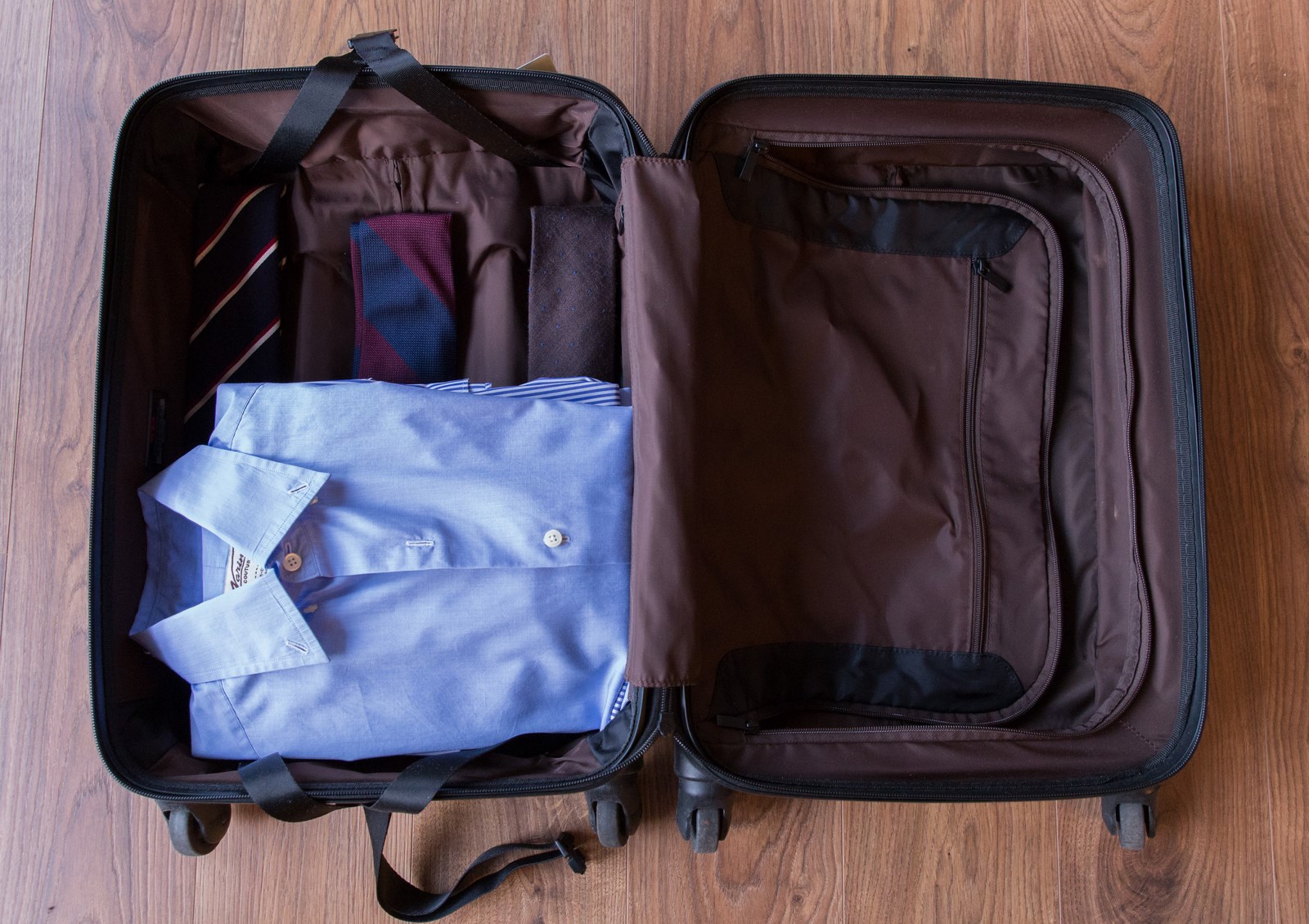 How to Have Great Conversations 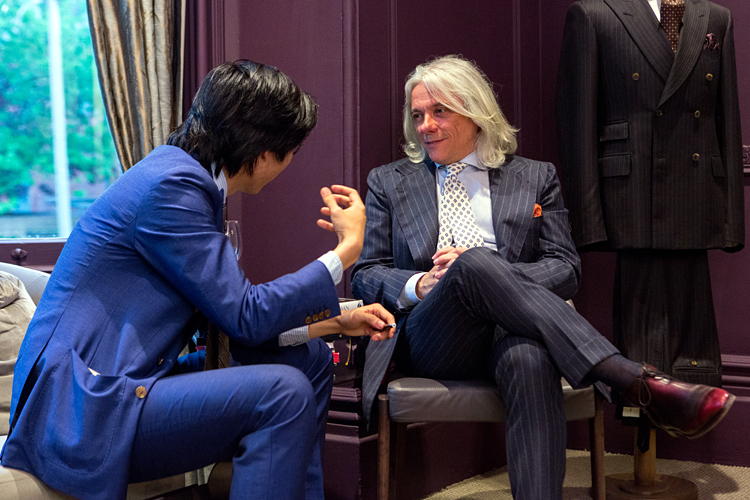 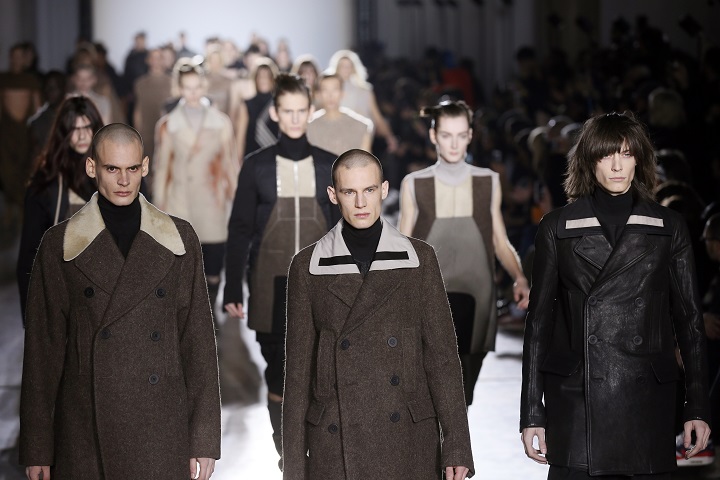