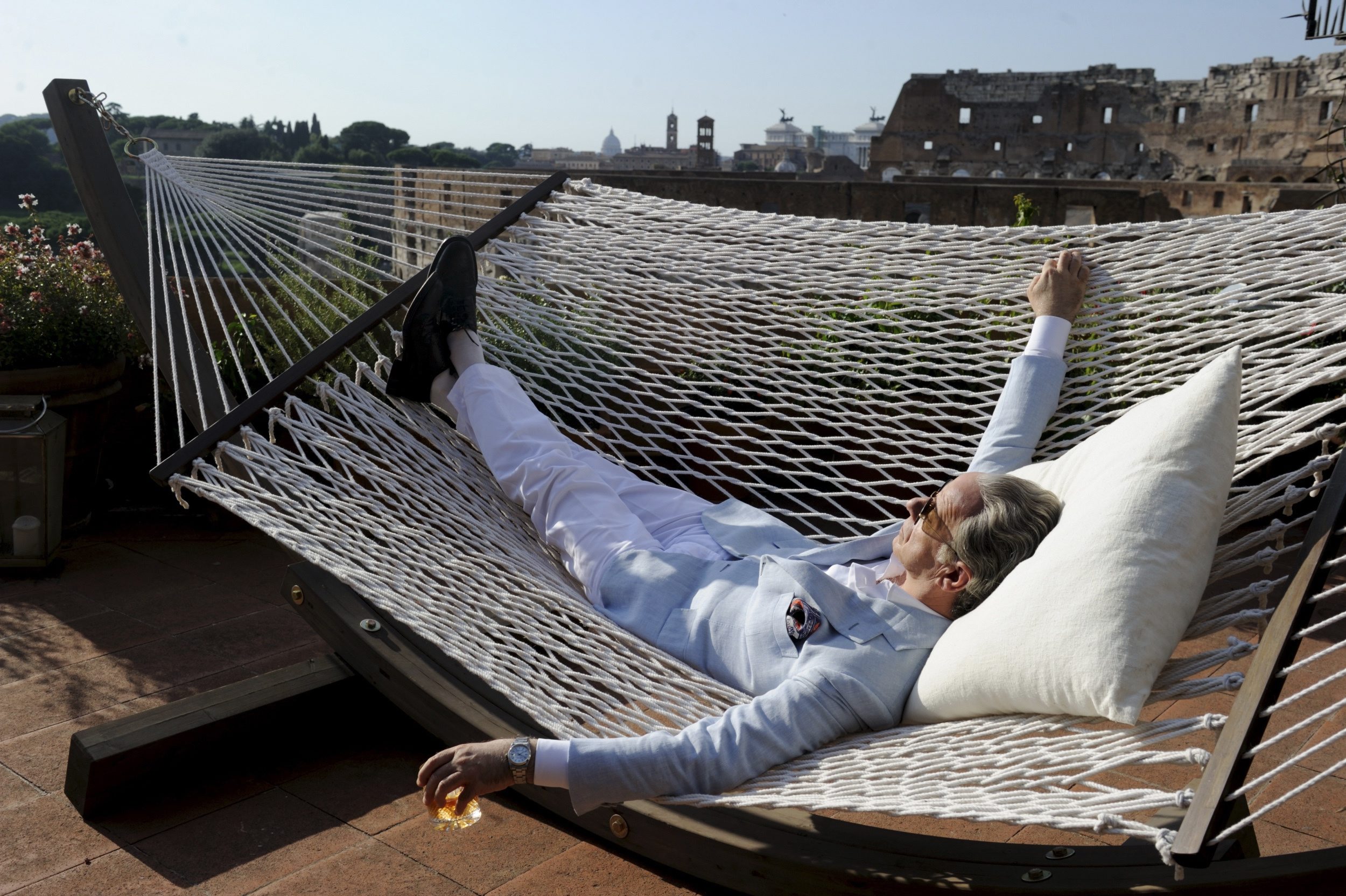 Today we present a reflective essay by Alexander Freeling, written exclusively for Parisian Gentleman, on the nuances of the menswear culture. Alexander Freeling is a writer, teacher and critic. He teaches nineteenth century literature at a British university, and writes on the subjects of literature, philosophy and art criticism, as well as contemporary tailoring and the history of clothing.

We are happy to welcome Alexander to the PG contributors' team.

The Loafer and the Timepiece

One of the recurring jokes of Adam Gopnik’s memoir of living in France, Paris to the Moon, is that whatever the problem, the Frenchman will expect a rule or regulation to improve matters, whereas the American wants to buy something.It is true in the case of saving a good Bistrot or the body politic. That impulse to greet a disaster with a smart purchase recurs in two sartorial recollections of the weeks leading up to November 8th. For Daniel Penny, the object was a pair of loafers; for Gary Shteyngart, automatic watches.

These stories are not just about the thing itself, of course. What Penny desired was a pair of tassel loafers, and the Mediterranean life of “cheese, wine, espresso, and self-satisfaction” that seemed to come with them. In North America, the tassel has long signified the archetypal privately-schooled lawyer. Paired with a business suit, the tasseled shoe gives a casual air—I am at work but my feet are at Martha’s Vineyard.

Depending on the formality of the workplace, such shoes can be a way to soften the dress code, or flaunt your ability to contravene it. But Penny was drawn not to American tassels any more than to white bucks—the shoe that gives us the term “white shoe firms” for the titans of New York law and accountancy. Nor was he drawn to the traditional Ivy shoe that shares his name, the penny loafer.

No, Penny was seduced by the European variety: a shoe whose louche ornaments practically spoke Italian. If American loafers had seemed too clubby to him, the European shoe, we might infer, conjured a more organic, inclusive kind of good life: the difference between taking lessons in wine appreciation and growing up in a wine region.

For Shteyngart, it wasn’t the Mediterranean art of living that lured him but that other Europe: Bauhaus and minimalism; the Swiss reputation for precision and the “monastic silence” of serious horological labour.

Minimalism can initially seem to be about reducing the complexity of our experience, but is really about focusing on individual things until they are revealed to be more complex than the cacophony they replaced.

The Nomos Minimatik Champagner has a plain face, but Shteyngart poured over the tiny spots of colour on the dial, the contours of the lugs, and the whirring of the balance wheel. The counter-intuitive fact, noted in every discussion of mechanical watches, but equally true of handmade suits, is that with increased refinement comes a loss of precision: quartz keeps better time than automatics, machine stitching is straighter than hand stitching. This, of course, is part of the charm: the suits bears traces of their highly skilled makers, and the constant adjustment and winding becomes a way of appreciating a watch, of proving that it needs you.In Shteyngart’s account, the calming effect of those small acts of care suggest that the psyche, like a watch, might be regulated and attuned in some minimal way, to itself and to those around it. As with the loafers for Penny, the Omegas and Vacheron Constantin were hieroglyphs of another kind of living.

Sartorial Traditions and Sleeping in Your Suit

We can see in these stories how a country’s sartorial traditions can seem to represent its best side, or at least the most generous of stereotypes.

It is not only Americans who see European style in this way: the British long for spalla camicia Neapolitan cool, and the Italians and French appreciate and remake le chic anglais in their own ways—consider Patrizio Cappelli’s swathes of regimental ties made the Italian way.

British high street brands tout their suitings ‘woven in Italy’ while the Italian brands they imitate are sourcing cloth from Huddersfield! As John Slamson has pointed out to me, French cobblers prefer British-sounding names. And equally, Ivy style has always offered a fantasy a little more distant, and for that reason easier to believe, for Europeans. Americans see the rich tradition of British club ties without the class anxiety, and Englishmen see Ivy style’s electrifying mix of intellect and rebellion without the elitism and struggle.

Yet, as both men in these memoirs already knew, garments are transformed by their context; “one is not a duchess / a hundred yards from a carriage,” Wallace Stevens writes.A shoe must accumulate its experiences as it accumulates patina and creases, as the cork and leather take on the contours of the foot. Leisure or adventure or tranquillity do not, despite all the aspirational marketing, come attached to the product. But watches and shoes, like the other objects we live with, do shape everyday life—if we are lucky, they move us a little, as we move them.

There are two general ways to talk about the meaning of a scrupulously designed object like a shoe or a watch.

One is to analyse the craft: the shoe as the sum of its materials and manufacturing techniques, its last and its leather, the lacing and the welt. This is the way favoured by cobblers. The other way is to understand a shoe as a cultural signifier—not intrinsically meaningful, but a singular point where philosophy and history and society converge. This is the position of the cultural historian: every object, every piece of evidence, is shot through with traces of its place and time, as well as the particular wishes and fears, habits and rituals of its wearer. Of course, the craftsman needs one set of concepts and the historian needs another, but in practical terms we always experience both at once. A loafer is always a set of design decisions—which are themselves artistic, cultural, and economic—and an anchor for more abstract desires.

The tension between these two levels—let’s say the technical and the conceptual—animates the two memoirs, and leads to unexpected results: Penny never bought his loafers; Shteyngart eventually found solace not in a Swiss masterpiece but a mass market Casio.

But they also illustrate a larger point.

Menswear, especially in the internet age, is an affair of details. And nobody honours complication for its own sake more than watch enthusiasts. But the real charm is not to be found in the Milanese buttonhole or the hand-felled collar as pure fetish object. Nor does value lie in the suit or shoe as mere aspiration or fantasy: if your clothes pick you, they will only disappoint you. Rather, sartorial details must be integrated into a way of living, so that the patiently made and carefully chosen objects becomes an expression of that life.

We hear endlessly that, above all, clothes should fit. But fit is more than a question of sizing: it is a matter of comfort, habit and sincerity.

Luciano Barbera is reputed to advise sleeping a night in a suit in order to make it your own. Abide with the cloth, sarà un tuo vestito. In other words, it’s not about the owning but the living. These things we talk about when we talk about clothes—style, refinement, tradition, experiment—are processes one participates in. We choose a tie or a jacket just as we choose our bearing or our words: they are all ways of making the world we live in, making it for better or for worse.

Good fit in this sense—repeated acts of good judgement—is what makes the details part of life. 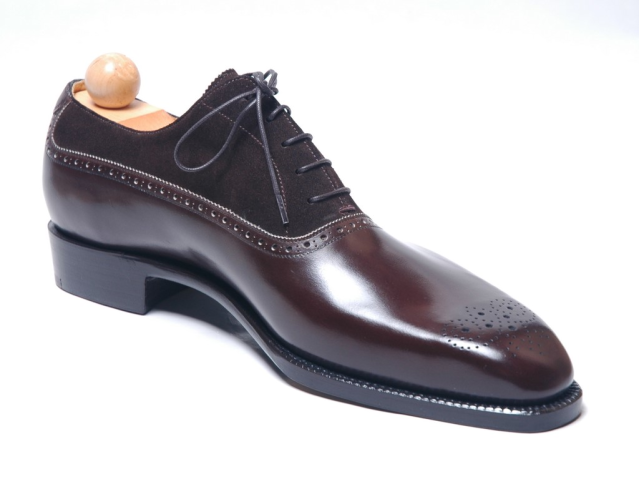 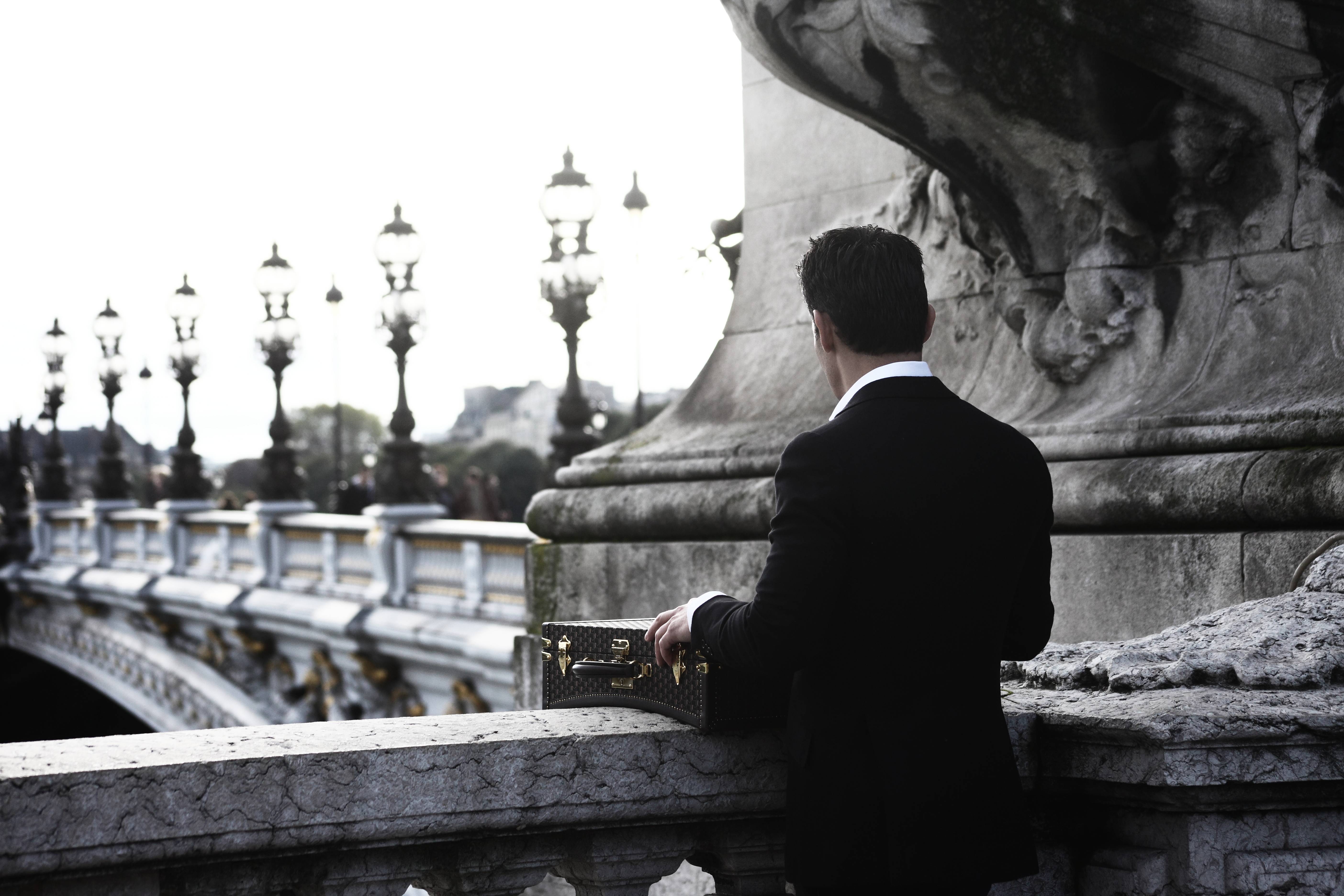 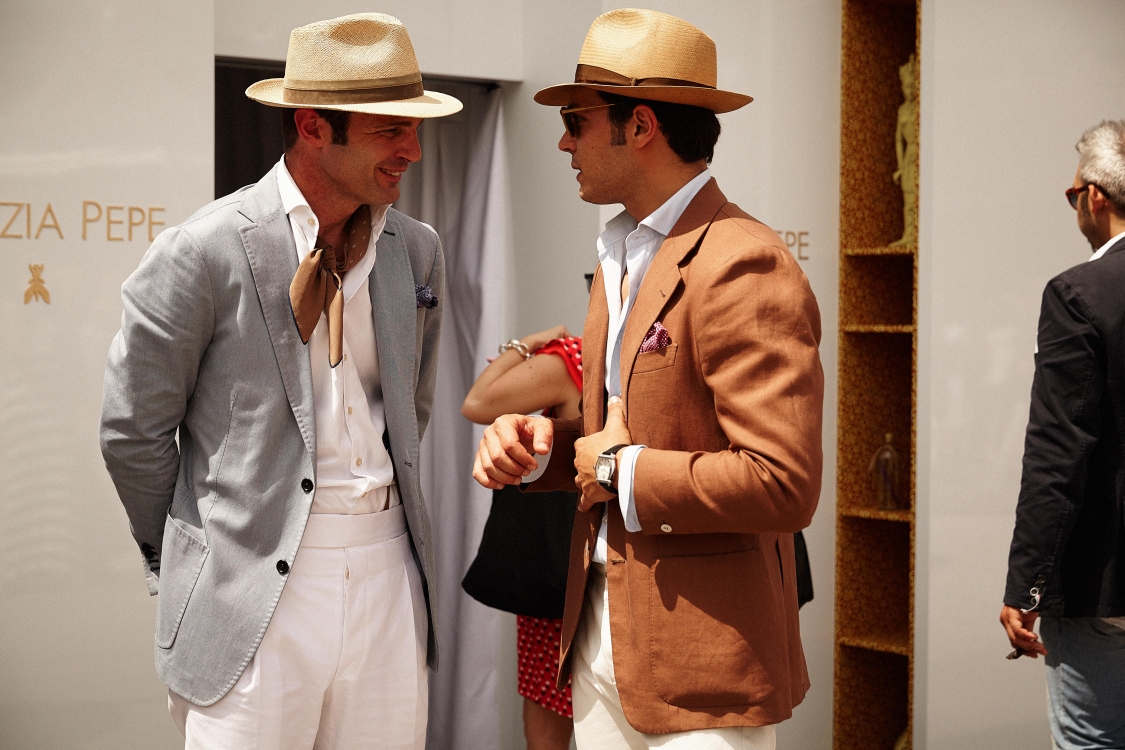 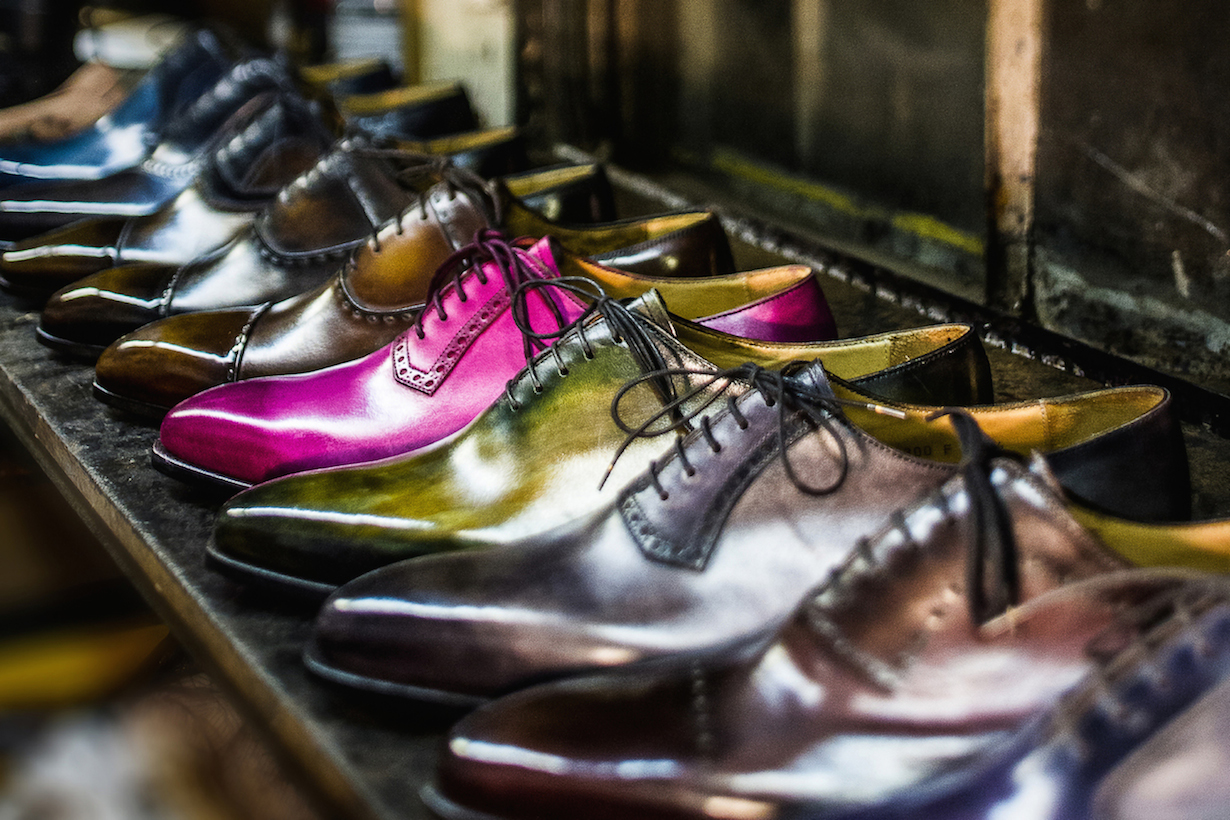