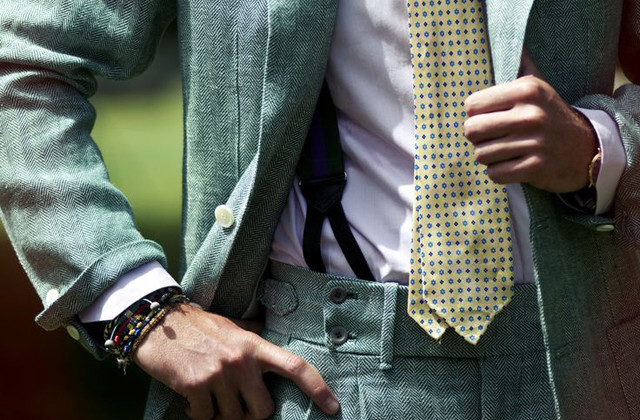 These days there seems to be a certain feverishly engineered feeling about it, as if a great deal of anxiety has resulted in it being obviously carefree in a stage-managed sort of way.  ~G. Bruce Boyer, True Style, chapter Sprezzatura, p.175.

What is left of sprezzatura when everyone practices it and is well aware of all its aspects? It simply vanishes.

Conscious humility becomes pretentiousness. In the same way that you cannot both admire your sight in the mirror and find yourself ever so humble, calculated nonchalance is no longer nonchalance. Like many virtues, sprezzatura can be its own enemy. When rebelliousness becomes banal, without risk or consequence, it is only an imitation of itself. When you’re trying so hard to be original, reaching for wild contrivances, you’re no longer elegant, just a sandwich-board. When relaxedness is measured by how many inches are necessary for the back of your necktie to be visible, gentlemen switch to the other side--to arithmetic rather than rakishness.

Let us not forget that Baldassare Castiglione’s concept of sprezzatura is not so much an ornamental recipe than a strategy within the demands of the court’s etiquette. As a diplomat and scheming politician, Castiglione aimed at defining the ideal qualities of a courtier, those enabling to promote himself. Should we take on some of his other recommendations? Fort instance: “I think the true and principal profession of a courtesan is the profession of arms” (he adds hunting or jeu de paume and others “requiring much virile worth”…). As everyone may have noticed, the court society described by Norbert Elias is now extinct. Sorry for the die-hard nostalgic but your double-monks will never get you an interview with the king. Red heels showing that you were part of the nobility no longer exist as such. And what is the worth of a ‘tactical’ elegance, based on the benefits you can reap from it?

Let us not forget either that, in Castiglione’s The Book of the Courtier (Il Libro del Cortegiano, 1528), you can also find a criticism of sprezzatura:

‍“Can’t you see that what you call sprezzatura […] is actually true affectation? […] When it exceeds the limits of the happy medium, this sprezzatura is artificial and unbecoming, ending with the opposite result that was intended”.

This shows that sprezzatura is in fact a praise of balance. The book shows how it applies to music or painting, behaviour and speech: good taste implies rejecting either too much harmony or too much obvious disharmony.

Hipness is not a state of mind. Hipness is a fact of life

The great Cannonball Adderley said it himself:

After all, we should remember what sprezzatura — l’arte di cellare l’arte — is supposed to be mimicking—an ideal of spontaneous casualness.

But if you put the replica of casualness at the forefront, elegance becomes a tiresome habit, a simple fussiness, an idée fixe--and spontaneity turns into a computed fetish! The rugged look of torn jeans were supposed to show one’s disdain for appearances but now they are only a dull cliché. It is an attitude that one finds at the root of all the pseudo-relaxed mannerisms of polished ruggedness: sneakers with a suit, hats with broken-down brims, hand-rolled turn-ups on jeans as if you’d just dipped your feet into the sea looking for sea-shells.

The paradox is that the pretence of not caring for your appearance is actually a stylistic statement. And everyone is aware of it. So this fractal perspective informs everyone’s symmetrical appreciation of the other’s attempt to ‘look’ casual.

If you’re brandishing your coolness, it disappears. Miles Davis used to make his cool attitude a tool of his own glory, reducing it to an artifice, a gimmick, a mechanic trademark. Trombonist and jazz writer Mike Zwerin recounted,

“I noticed Miles Davis standing in a dark corner. I tried harder because Miles was playing with Bird (Charlie Parker). Miles always seemed to be standing in dark corners. He came over as I packed around three. I slunk into a cool slouch. I used to practise cool slouches. We were both wearing shades”.

Since elegance is not derived from clothes themselves, but in putting them together, true style comes not from 'frantic efforts to coordinate clothes' but from forgetting the fussiness of the pursuit of sprezzatura (as continuously showing off your effort of self-overseeing can lead to a sort of self-destruction). If you care about elegance, dressing up is enough without overdoing it or hiding it. In a way, one should not be obsessed by looking good. You need not be over-concerned about your appearance in order for your appearance to shine.

Appearance and reality might seem pitted against each other but there’s always a moment when scores are settled. If you take someone like the ephemeral king and Hitler devotee, the Duke of Windsor—his studied casualness, his pretence to mock sartorial conventions may have been visually successful but he stands out, even on a sartorial level, as a selfish egomaniac, an idle buffoon whose flamboyance oozed emptiness. Not so elegant that. 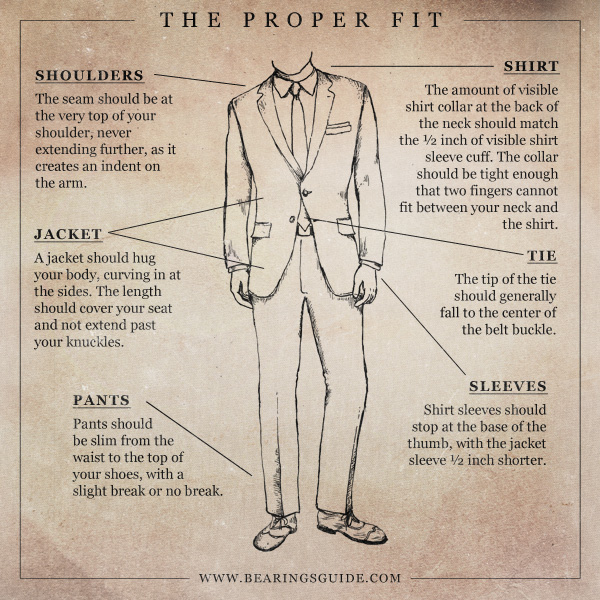 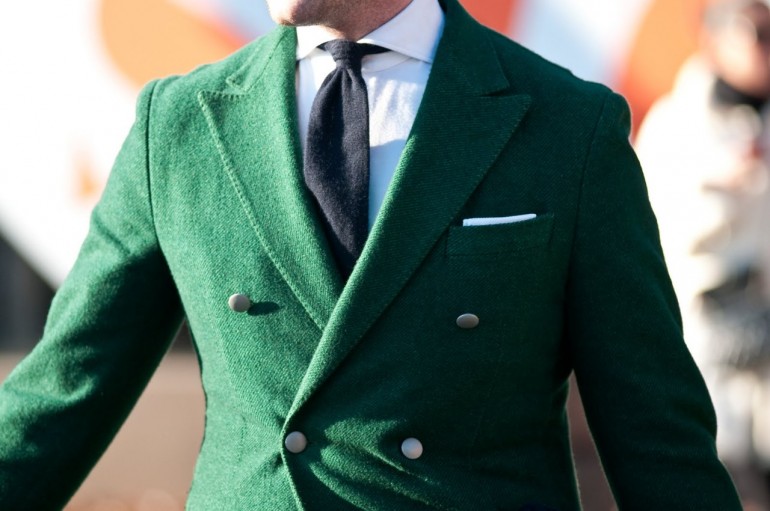 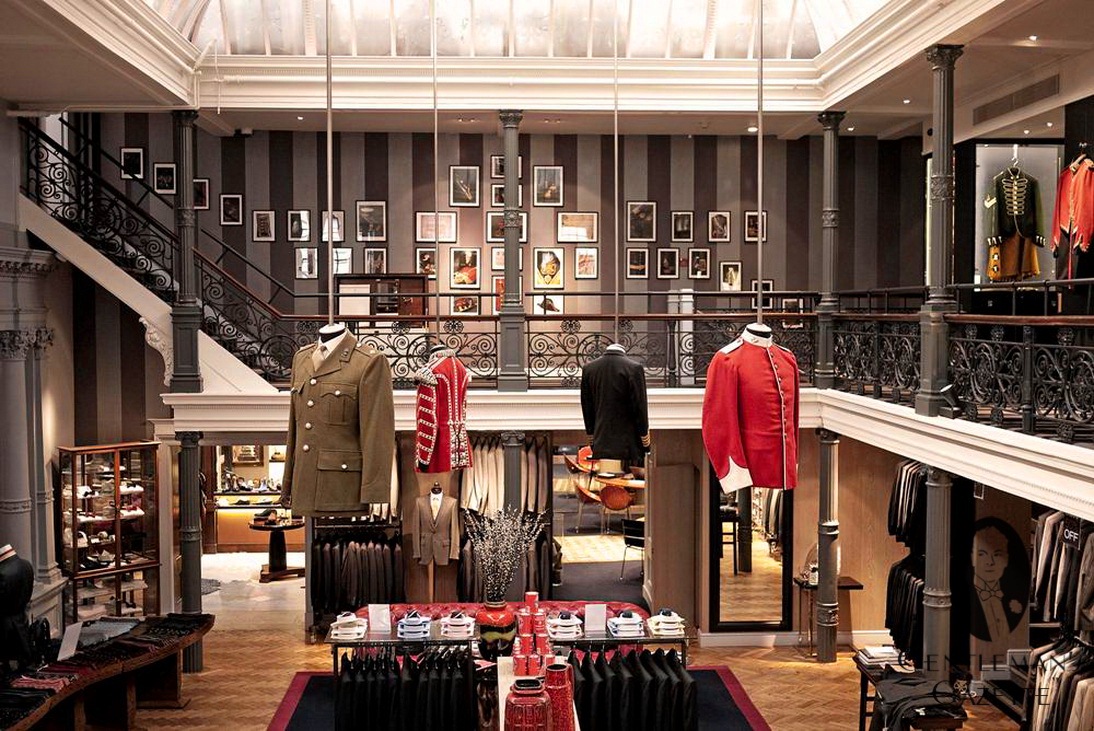 Types of men's hats : can you name these eight hats ? 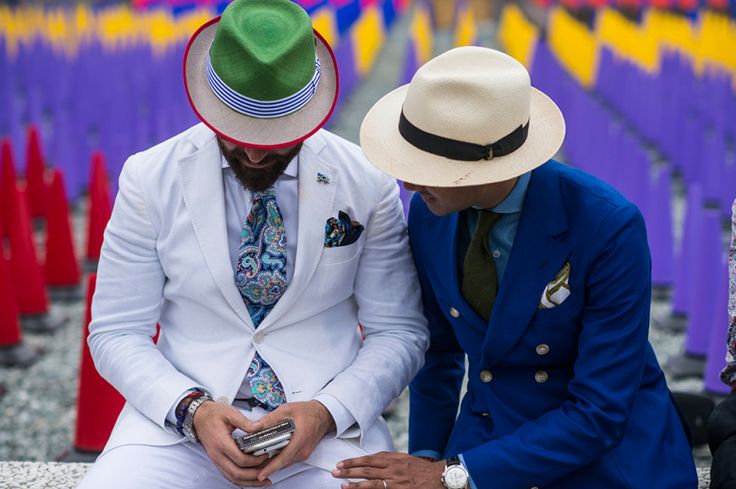