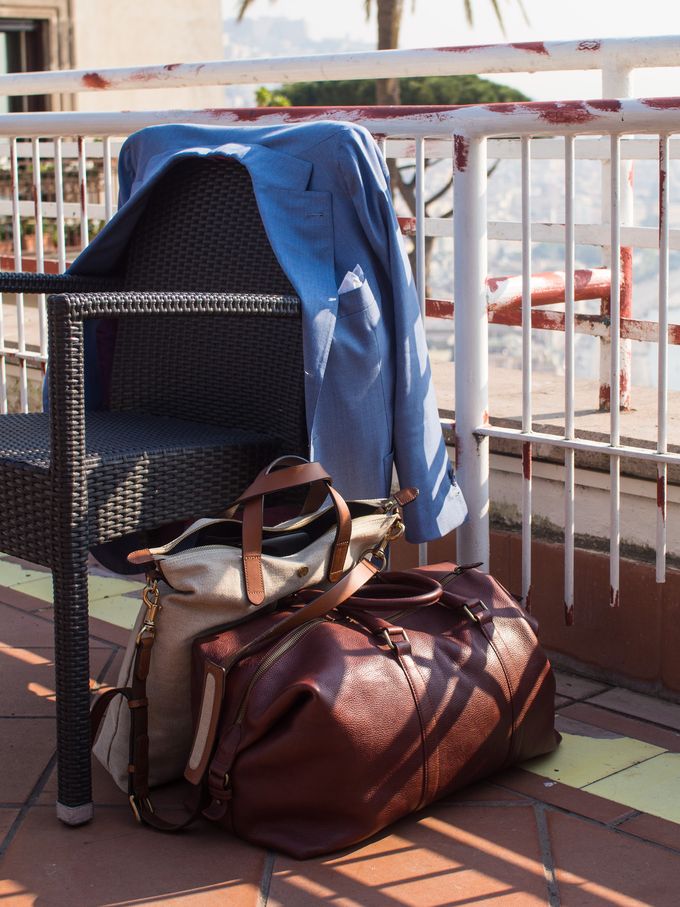 Last month, I realized I had a few days vacant at the beginning of April, and decided to act fast. Taking advantage of this rare situation, I decided to book a flight to Naples.

The list of things to do was long and I would only have two working days, so I shortened my list and had a quick look at the weather forecast and was pleasantly surprised to see the temperature was forecasted around 25° Celsius!

For this visit I had chosen an older Best Western Hotel, "Hotel Paradiso" in Posillipo that Maradona used to prefer as one of his party places when he played in S.S.C. Napoli in the 80s. Without sounding too much like a lifestyle travel blogger (although I’ve never read one so I wouldn’t know), the hotel was surprisingly clean and nice for a hotel in Naples, and especially so as the room cost was only 70 Euros a night.

The hotel also has a somewhat-famous rooftop terrace, with a view which makes this an amazing place to enjoy a good breakfast or dinner. I couldn’t resist taking a few videos and pictures of the stunning view.

A month or two earlier, I had returned my Sartoria Peluso suit, when it became obvious that skipping the third fitting was not a great idea, as both Pino and I wanted to make a few small changes anyway–included taking some fabric in from the front and back of the jacket and adding a slight adjustment to the trousers. An in-person visit to Naples allowed for a proper third fitting to go over the details.

First suits are always the most difficult to make right, as the first commission serves as a sort of template for future work. Patience is part of the experience, but a visit to Naples allowed Pino to make final adjustments in-person, instead of requiring him to do work based on photographs. I will report further on the whole bespoke experience later.

Pino greeted me like an old friend, and we talked for quite a bit before actually starting the fittings. Beginning with the suit, Pino had already made some changes to the suit jacket and it was now basically perfect, so we let it be as is. The trousers required some fine-tuning, but then the suit would be finished.

In addition to finalizing my suit, we had a fitting for my upcoming sport coat that I commissioned earlier. This sport coat was a gift from Pino after I helped him with various things earlier this year.We selected a light green linen silk fabric for this project, in what I would call a « light wasabi » kind of tone of green. The sport coat was already in a sort of second fitting phase as we had originally agreed to complete it remotely. As I tried on the work-in-progress though, it was basically perfect already. I actually got really excited for this piece, as it is definitely a little bit different from all the regular blue and navy summer jackets, but still very timeless and fresh, especially fitting for the spring season.

I ended up spending more than five total hours at Pino’s sartoria. We shared a few coffees and had several engaging discussions. I think this warmth of personality is also the key to Pino’s charm as a tailor. When you commission a suit with him, it’s like committing to a new friend as much as making a business transaction. While Pino is one of the old time grand master tailors, an O’mast, he is a really kind and an open man, which I think brings a personal facet to the tailoring experience really fast. He is also quite funny, and I can say I’ve had more than a few good laughs during our time together (and in-between whatsApps).

Regarding my next sartoria adventure, I had been vacillating between Sartoria Dalcuore and Sartoria Ciardi and finally decided to visit Dalcuore. If Dalcuore could accommodate a few fittings into my tight schedule, I made the decision to commission a new summer suit.The Sartoria Dalcuore location in Mergellina is surrounded by beauty, alongside the Bay of Naples. I enjoying the charming busy streets and the Naples vibe while, while walking around the bay.

Upon arrival I was amused to notice that Dalcuore's sartoria is actually in the downstairs of the same Big Four I work for, an interesting coincidence for sure. As I entered the sartoria, it was clear that the operation was quite big when compared to smaller bespoke houses in Naples.

I met with Gigi who was already working in the morning, despite having had a trunk show in New York the day earlier. After greeting him for the first time, I proceeded into browsing fabrics with his daughter Cristina. We looked for suitable summer fabrics, and I ended up deciding between a tan Irish linen fabric and a fresco-like mid blue fabric from Holland & Sherry. Wanting a more versatile suit, I went for the blue fresco. We discussed my challenging time schedule, and I was glad to hear they could actually push for the first fitting that very evening and then we could have the second fitting on my second day! This great opportunity helped me silence my inner bank manager and convinced me to decide to go for it.

As agreed, I visited Dalcuore again on the the same evening. To my great satisfaction, the first version was already waiting for me, cut from the beautiful blue fresco I had chosen earlier that morning. The first model was also a pretty good fit already, only with minor tightness on my left shoulder.

The next evening, I arrived around 6 pm for my second fitting, and waited for some time as Gigi was having a fitting with another client. Since the previous day, Gigi had worked a little more on my suit and I had a great discussion about the S.S.C. Napoli vs Juventus relations with Roberto, a really nice guy working at Dalcuore. As the maestro finished working on my suit, the second fitting began.

The suit was now in a really good shape and the fit was already very good. The angle of the sleeves was bang on and the chest area was just right. Apart from adding more space for movement to my left shoulder area and letting the jacket out from the gut there wasn’t much else to fix.

The trousers were also near perfect, but we decided to add a little bit more curve shape to accommodate my ice hockey goalkeeper bow legs. After the fitting, we sat down with Gigi himself and had a little chat about their operation.

Even though I knew Dalcuore has become a bit of a social media sensation lately, I was still surprised how many suits they make per year. Despite the big numbers, it was great to see they still had time to sit down, enjoy a Martini and have a conversation with me.

I agreed to a visit with Sartoria Cuomo in their sartoria located at Palazzo Serra di Cassano. This time, I decided to take a taxi, and had an interesting ride to the palace from my hotel. I swear it never ceases to amaze me, through what sort of small holes you can fit those little taxis into, on the chaotic streets of Naples.

In any case, Sartoria Cuomo’s location is a nice and intimate space inside an old palace. Vincenzo Cuomo and Master Tailor Raffaele Pelliccia were working inside, and Vincenzo gave me a thorough introduction to their bespoke products. In quintessential Neapolitan style, our conversation continued over a few good cups of espresso.

My first day began with a meeting with the ever-so-gentleman Patrizio Cappelli. We discussed tie-making and some of his new designs, and in general it was just great seeing him again. In many ways I think Mr. Cappelli is a rare bird in the menswear scene, not really pushing himself into the limelight, but simply wanting to make the best ties available and letting the products speak for themselves.

Visiting Cappelli, is a great time to take a moment to enjoy the Chiaia area--undoubtedly one of the nicest areas of Naples.

All in all, it was a fantastic trip and I must say the magic of Naples is a real thing. It was nice to have a little break from work and also to progress in my bespoke projects. And while it is great to visit Naples this way, I have to admit it is time-and-resource-demanding to handle these projects.

The expense (of a few hundred) and use of vacation days for a fitting or two, is likely why it has taken me so long to step up to this level on my sartorial journey. That said, making these trips is definitely worth it and makes you appreciate the final products even more.

Also, I’m glad that Sartoria Peluso will now visit Helsinki this upcoming autumn…a truly fantastic thought and a unique opportunity for us Finns to acquire something special for ourselves without the hassle of traveling for fittings. 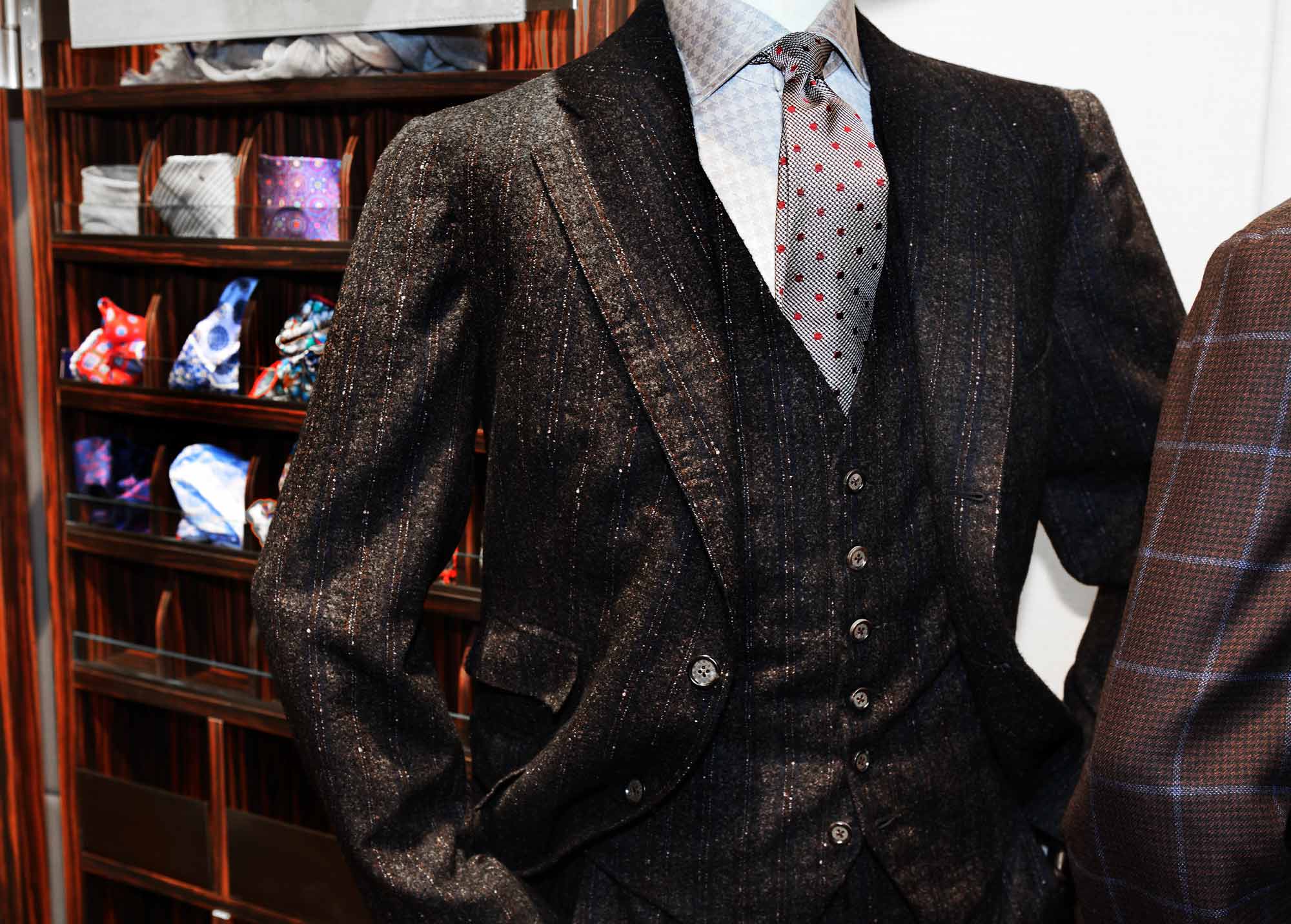 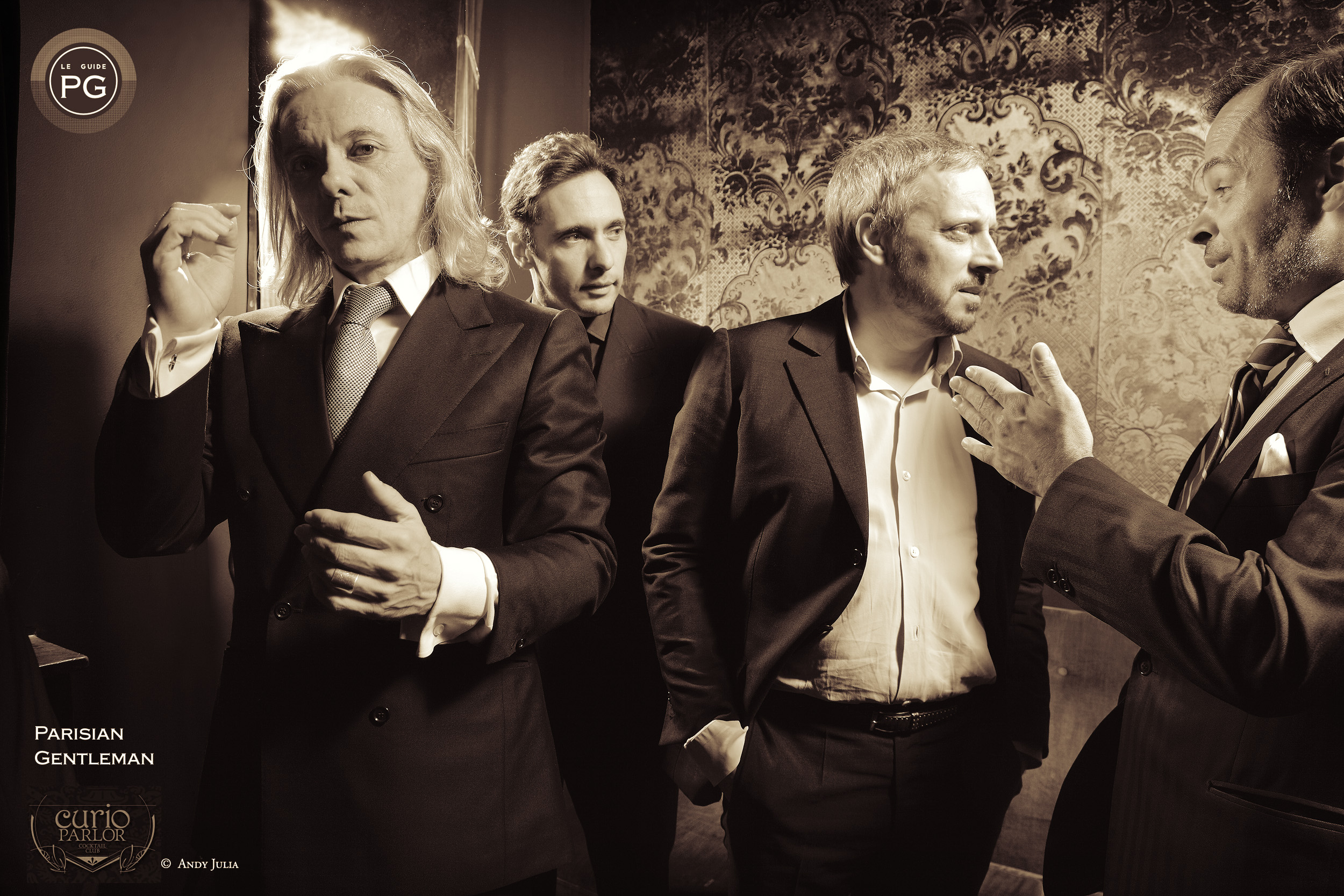 The wonderful world of Ephtée 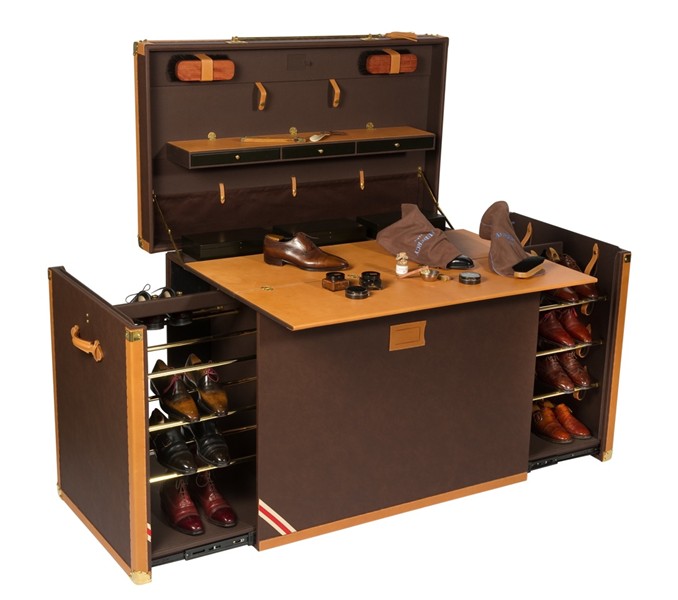 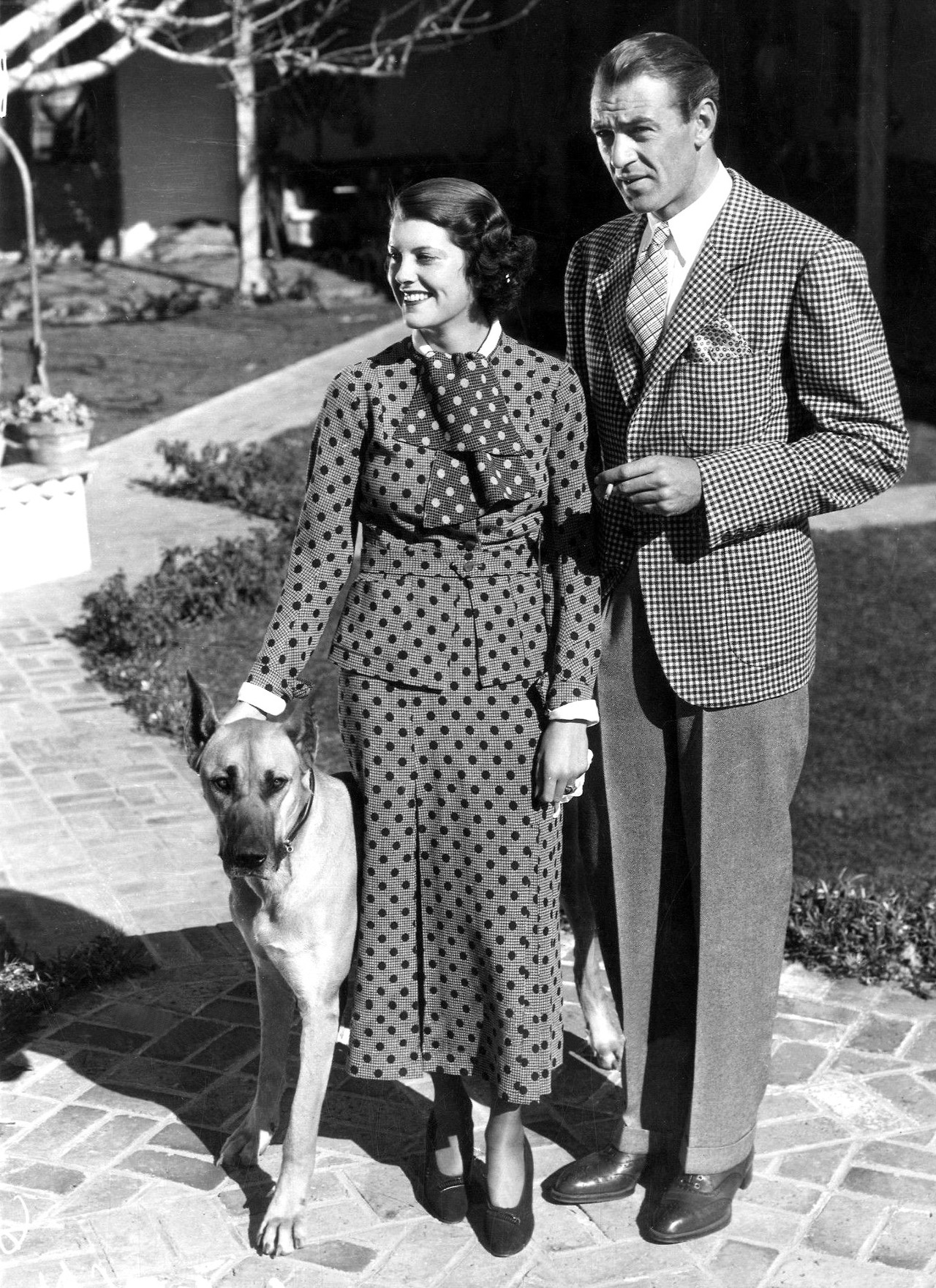